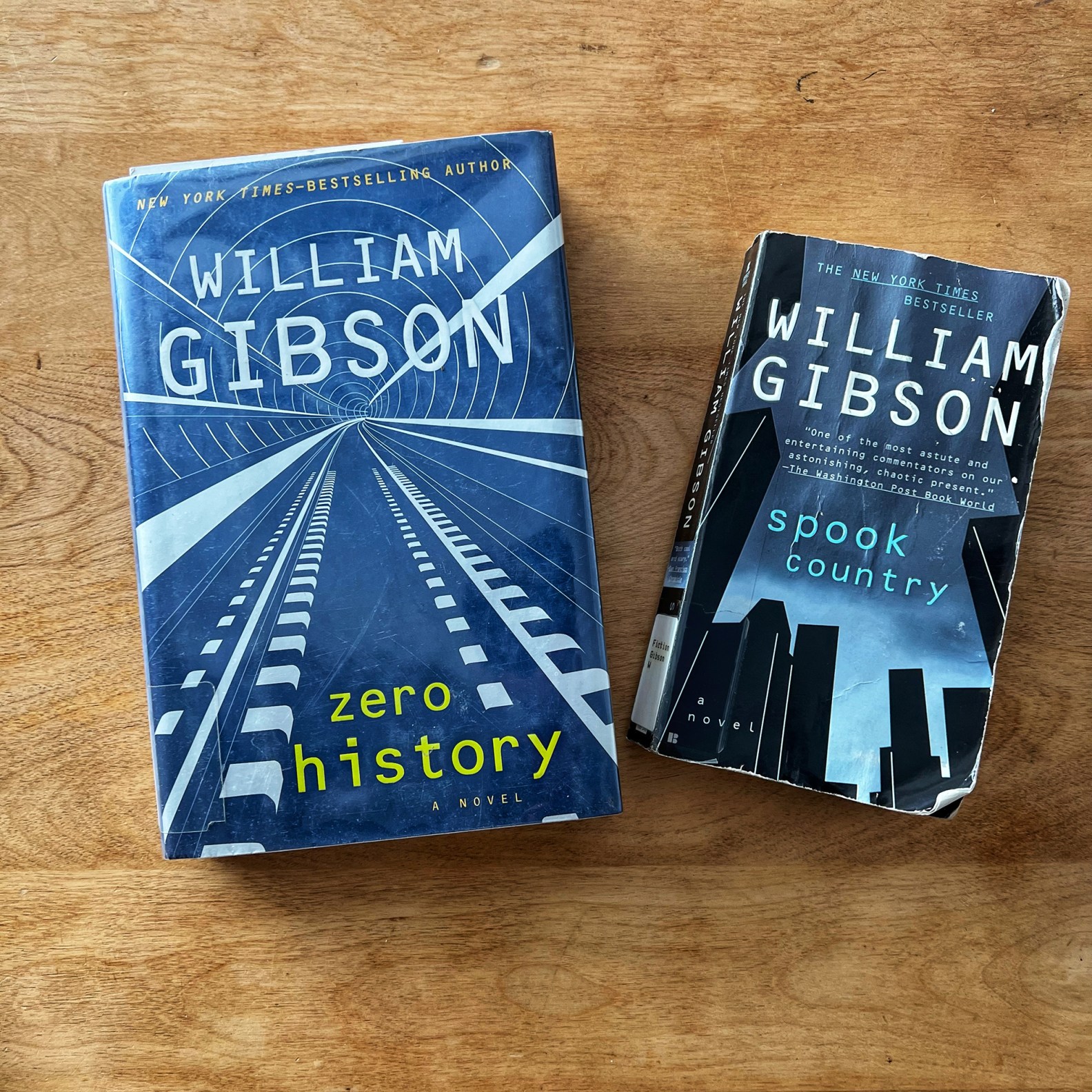 Once you go William Gibson you never go back. Read the Blue Ant Trilogy. Thank you to JC for literally sending me the first of this trilogy in the mail. But before I break down this bevy of must-reads, you should at least take the time to understand William Gibson and what besides literary magic has he given us. Well, how about the Cyberpunk genre of literature itself. His early work has been described as a blend of “lowlife and high tech.” What happens to humans when surrounded by cybernetic organisms and technology run amok? Just to give you a little taste, Gibson coined the term “Cyberspace” in 1982! Talk about being ahead of the curve.

If you haven’t read Gibson, start with Burning Chrome and then Neuromancer which will illustrate quickly the style of the man behind the pen. The “Sprawl” books provide a foreshadowing of sorts, a foreshadowing that must have seemed impossible at the time of print but now looking like something far more realistic than anyone would have imagined.

The Blue Ant Trilogy is comprised of Pattern Recognition, Spook Country and Zero History. Imagine what you get when you combine advertising, fashion, journalism, technology, special operations, mild terrorism, and spooky interconnectedness. I believe this trilogy builds as it moves on. I actually felt the third book was the best and that is very rare in my experience.

I am a total sucker for books like this. Hacking, technology, less than ethical business moves. What’s not to like? Even though the world Gibson writes about has its pointy parts, I feel like it’s a world that I will embrace once the time is right. There are elements of Blade Runner and elements of The Girl With the Dragon Tattoo and then an entire realm of Gibson-inspired science fiction that just so happens to feel quite real. And perhaps that is the power behind this series and Gibson’s work in general. Is it real or is it not?