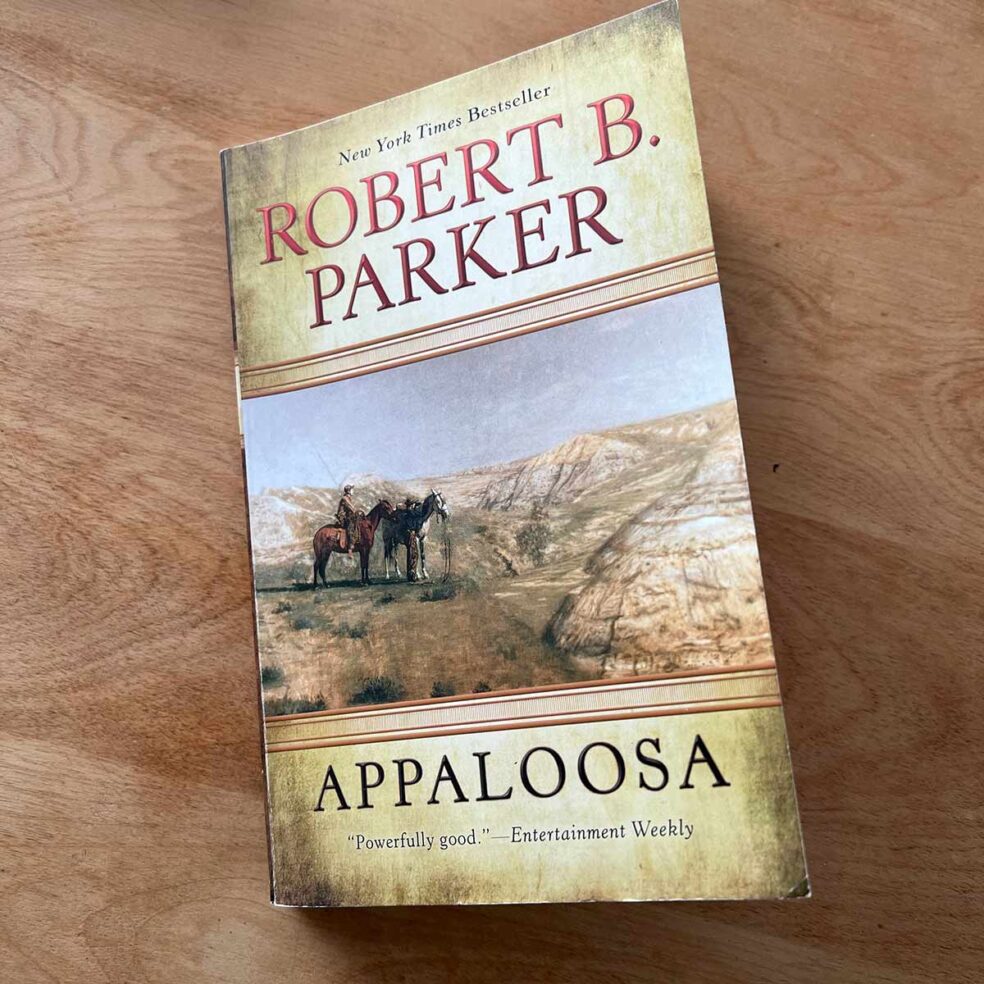 Appaloosa book just landed at my house. Woke up one day and there it was. Read it in one day. Boom. In a cloud of dust, smoke, good guys who aren’t that good, women with a dark side, and plenty of actual bad guys doing what bad guys do. But why this book was interesting to me was twofold. One, this was written by Robert B. Parker known for the “Spencer” series, a TV show I loved while in high school. What happened to Hawk?

So I wanted to read a western by a guy known for another genre. Two, on the first page or so there is a use of profanity I truly loved, which means this book veered immediately from the “in the box” classics of “aw shucks,” westerns where nobody says anything profane. What is the point of living without profanity? “F%$# you you f^%$%$# f^%$.” (A t-shirt in Girl With the Dragon Tattoo.) Simple, direct, to-the-point, bare, raw, predictable, historic, and purposeful. The two main characters are now part of a series by Parker, with at least five books so far. Want a quick dance with a western devil, get it, read it.