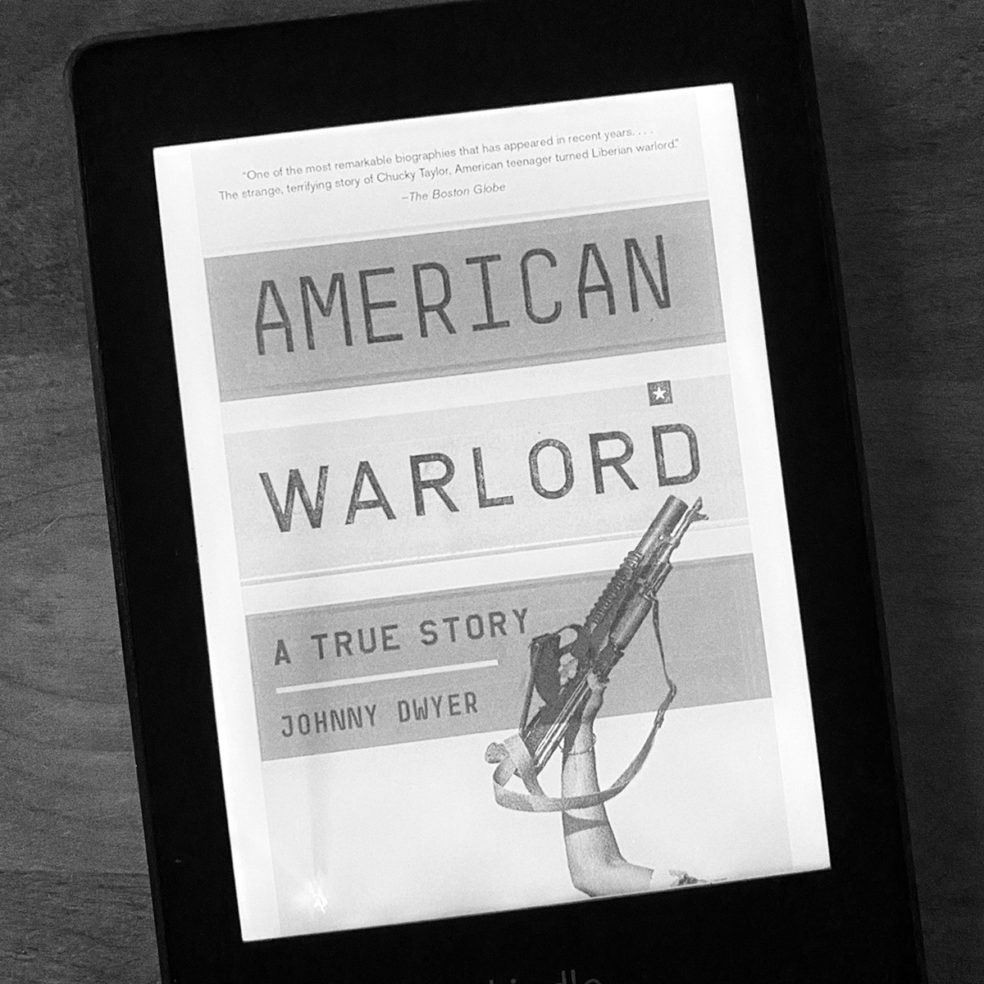 I blame my parents. “Why are you reading a book about West Africa,” someone asked with a snotty little look on their face. “Just curious,” I answered. Where did this curiosity come from? Parental units at a very, very early age. “Danny Boy, get out there and learn,” they urged, which is funny because neither came remotely close to graduating from college. In fact, my father was thrown out of several four-year, American universities.

Chucky Taylor could also blame his parents for a percentage of the bad decisions he made in his life. Like torturing and killing people. His father, you see, was former president of Liberia Charles Taylor. Chucky was American, born here, but fell into a life of war, crime and destruction while running his father’s security unit out of Monrovia.

Now, my interest in Liberia, Sierra Leone, etc. comes from the war photography of the 1990s. Hondros, Hetherington, Dufka. I was in photography school while these folks were duking it out on the streets of West Africa. If you haven’t seen this work, these images, then brace yourself for total chaos.

American Warlord, by Johnny Dwyer, walks us down the historical lane of how the Taylors came to be and how they both ended up serving long, long sentences from which they will never emerge. This is an action novel that happens to depict a true story of power, greed, poverty, war, resources and the corruption that permeates from the first world to the third world and beyond.

I feel for the people of West Africa. Imagine what peace could bring. I have not yet ventured to this part of the world, but luck prevailing, I will.