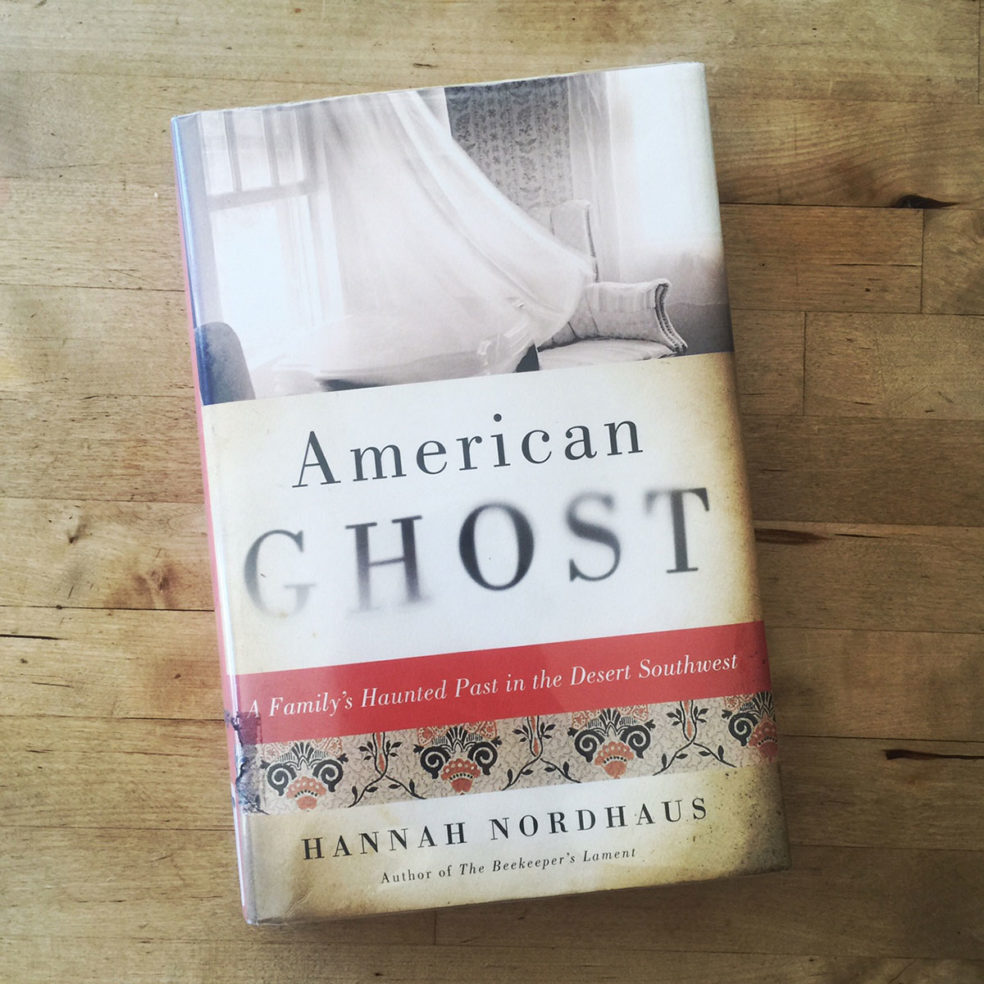 What’s not to like? Family history, New Mexico, and yes, a ghost. Several actually. And ghost hunters, trackers, talkers, etc. This book hits home for me as the history of the story is very much tied to the state of New Mexico and to an area that sits within walking distance of my house. But before I go any further just know I’m not a “ghost guy.” I have, however, seen a ghost. Fifteen years ago my parents were living in a house on a lake in Central Texas. I was home for a visit. I was in the guest room when I noticed something moving. Low, fast and furry. My parents had a dog but were far from cat people, but what I saw was clearly a cat, and when I turned to face the beast I noticed that it was only partially there. I could see through it. I blinked and it was still there. Then, when I started to debate my own sanity, it disappeared. I mentioned this to my parents who could have cared less.

Years later something odd happened. The original owners came for a visit. I hadn’t thought about the ghost cat for years, but I casually mentioned it to the original owners. “Oh ya, that’s so and so,” they said.” “He was our cat and he died in that room.” “We saw him too.” Then we all went back to eating the food you eat when strangers come to your house. Nothing more was ever said.

I always figured ghosts were cool. The same way I feel that aliens probably want to hang out with us, maybe have a couple of beers. Who said anything about invading? What could we have that they could possibly want?

Hannah Nordhaus brings us “American Ghost” and with it a global journey to learn the history of one particular ghost. Her great-great grandmother who is rumored to haunt La Posada in Santa Fe. Nordhaus is skeptical, and rightly so, but gives it an honest go when doing the research, talking to psychic’s, etc. but what I found most interesting were the family members who made an effort to retrace their family history, and in doing so uncovered journals and notebooks going back to the 1800’s. As a keeper of such books I can appreciate. The books allow Nordhaus a peculiar insight into certain family members who were around during the time her great-great grandmother was alive and well, or as we learn, unwell.

If you like real-world mysteries about real-world ghost stories then you will love this book.