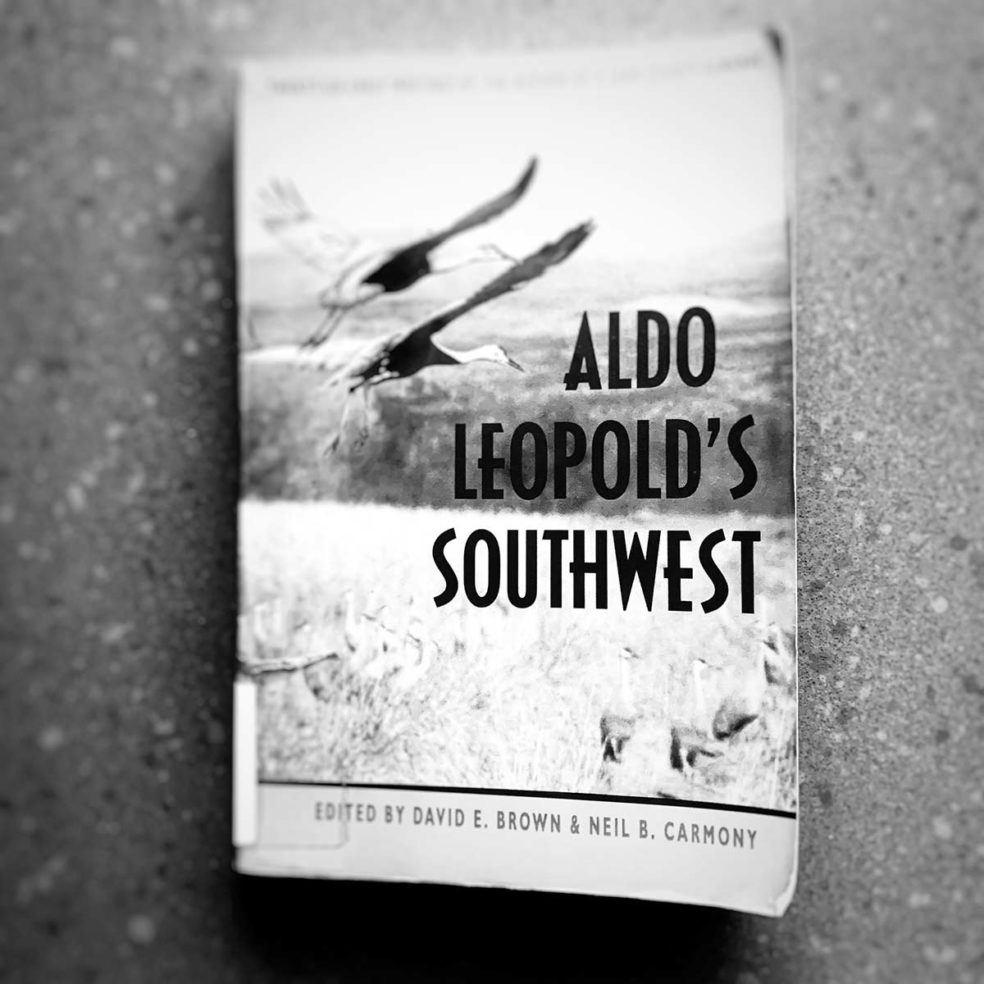 If you don’t already know this name make sure you remember Aldo Leopold. Why? Because we own him for all the wilderness areas in the United States. He’s the human that got this ball rolling. Now, I know the environment has become a political minefield, so if you think you are going to be turned off by even knowing someone who thought preservation a good idea then take another tact. Let me explain. (I have one friend who says The Endangered Species Act is the worst thing to ever happen to the United States and another who openly says the Earth is here for us to pillage and unless someone is trying to drill in front of HIS house, which is he is violently opposed to, he doesn’t care one once for anyone else and doesn’t care if their home is ruined by drilling, development, etc. His famous quote to me was “If I don’t live there I don’t give a shit.”)

Yes, Leopold started the land conversation, preservation, management game in the United States, but he was never a perfect human, nor did he get everything right, but the single most important point you can take from this book and from his classic read “The Sand County Almanac,” is that he had the rare ability to admit when he was wrong.

His initial ideas about fire suppression, game management, grazing, etc. were off. But remember the timeframe and the fact he was often acting alone and on nothing more than his curiosity and observational skills. By the early 1900s, the Southwest was already in the grips of massive land problems. Overgrazing, bad fire policies and the expansion of roads into wilderness areas.

Leopold THOUGHT he had a plan. And then he went to untouched Northern Mexico on a hunting trip and witnessed a pristine landscape and an intact ecosystem and realized both how wrong he was and how bad the situation in the US already was. He also realized the ONLY land he had seen in the US was already compromised.(This was the early 1900’s.) He came back from this trip a changed man and thus began his great odyssey.

This book is a collection of this more obscure writings, and what is so great about “Aldo Leopold’s Southwest,” is that the authors David E. Brown and Neil B. Carmony offset Leopold’s pieces with a modern take on what Aldo got right and what he got wrong.

I can’t think of anything more magical than the Earth itself, so this book is critical for someone like me. I was fortunate, very fortunate, to grow up mostly country, so my connection to the land runs deep.

Get it, read it, get involved.