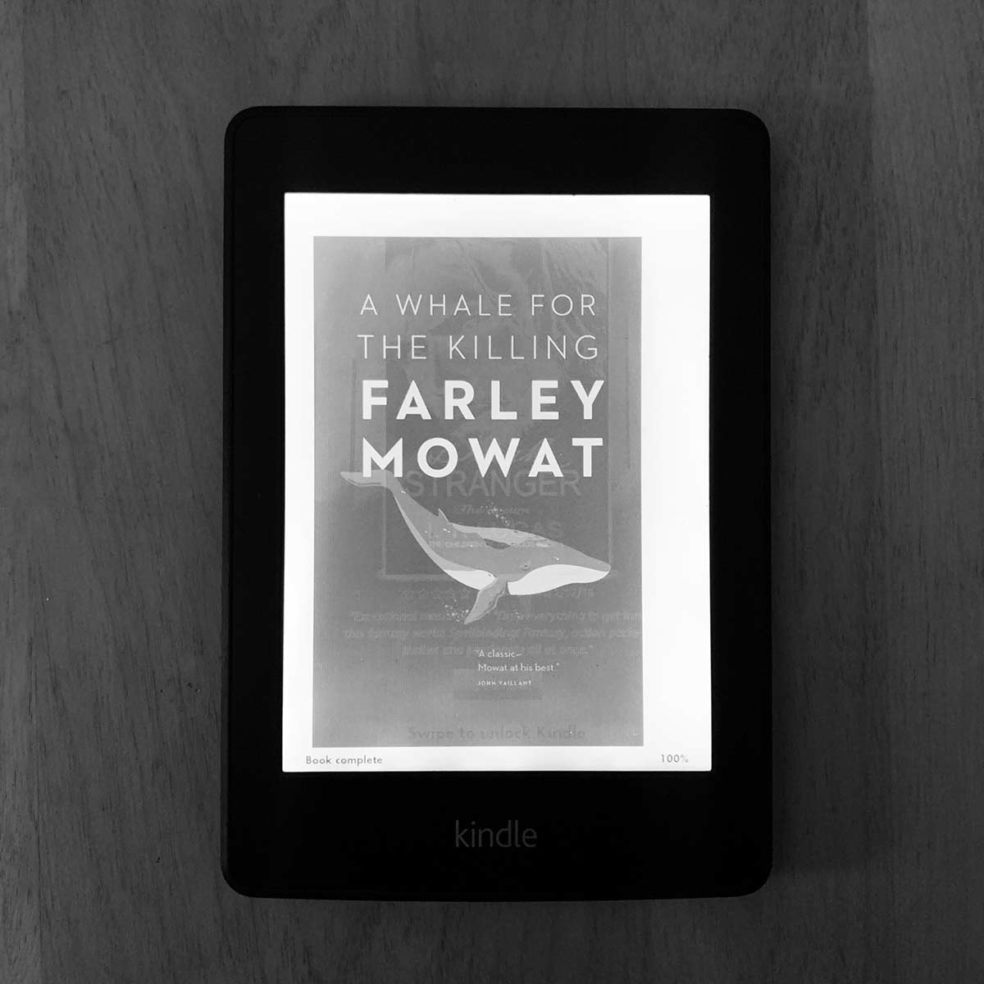 I love Farley Mowat. Never Cry Wolf, People of the Deer, The Snow Walker, etc. He was a national treasure. Sadly not ours. Damn Canadians. But not unlike a lot of other folks who ended up being labeled as an “environmental type,” he was not without his detractors. I like him for several reasons. He does write about nature, and about places I really love. He had a sense of humor, even when writing about serious issues, and he tells a great story. “A Whale for the Killing,” is a short, beautiful book about a tragic event. Mowat was living in the middle of nowhere in Newfoundland when a massive whale got trapped in a small inland, saltwater lake. We are talking massive, 60-70 footer. Nobody had any idea how to get the damn thing out, but what happened in the interim was the locals got together and tried to kill the whale by shooting it and hitting it with their boats, something that frankly doesn’t surprise me that much having grown up around a lot of people with guns and boats.

The whale becomes an issue that divides the small village, brings international attention and brings the history of humans and whales into the spotlight. The book reads so smoothly and easily it’s easy to get distracted from what is actually transpiring, but it’s ugly. Regardless, this is a wonderful book. Get it, read it.