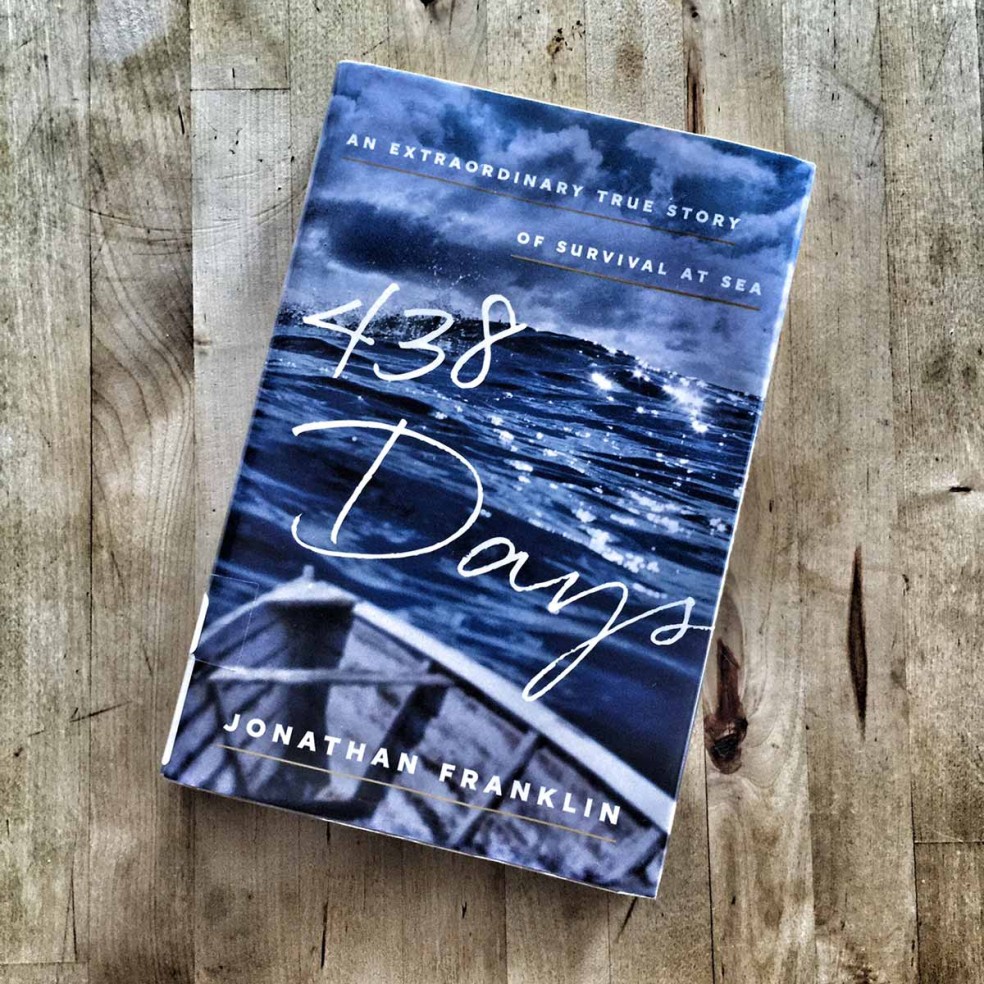 Several weeks ago I got in an elevator, punched my desired floor and waited while the doors creaked shut. Several minutes later the device made a groaning sound followed by a chorus of metal on metal noises then shuddered to a stop. “This probably isn’t good,” I thought. And then I began to wonder. “Okay, what if.” What if the door doesn’t open? What if I’m stuck. I didn’t panic but began to create a mental checklist. Do I have water? What if I need to take a leak? Did I leave the oven on? When is the Super Bowl? What is the development time for TRIX at 68 degrees? You know, all the REALLY important shit. Technically I was alone, although in a building with hundreds of other humans, but it did FEEL isolated, which proves how little chance I would have in a real world isolation and survival situation.

438 Days is a book about extreme isolation, survival and the environment. Frankly, it borders on the unbelievable, which is why the book was written in the first place. The gist of it is this. In a tiny village in Southern Mexico two fisherman leave to make the voyage to the fishing grounds. Things go wrong and the men are forced to undergo one of the most incredible voyages in human history. Their motor gone, their supplies washed away the men drift from the fishing grounds, within sight of shore, THOUSANDS of miles across the Pacific ultimately washing ashore on a distant atoll. I don’t want to give away much more, but I’ll just say this. Within about twenty pages of the story unfolding I found myself whispering “I’d be dead by now.” And I continued to utter this for the remainder of the book. The man who survives somehow manages to keep himself going for 438 days. He’s methods are ingenious, but what really got me was his mental fortitude. From his origins of a hard life in El Salvador to his life in Mexico, things were never easy for this man, but he confronted the world in a way I find truly admirable. He isn’t perfect, but in a worst of the worst scenario he kept it together, and it’s the primary message I took from this book. We are all gonna break at some point, but when we do we have options.

Author Jonathan Franklin, a Latin America vet, gets the story and relays it piece by piece including the subsequent media frenzy that accompanies tales such as this. For those of you who have spent time in Mexico, Central America or South America and have seen the panga boats of local fisherman you can imagine what calling that home for 438 days would be like. In the middle of the biggest, baddest of them all, the Pacific. I know for one, the first time I dove in, S. Laguna 1996, I took one look at the beast and thought, “I’ve got to respect you or you will kill me.” Reading this book solidified my feeling. If you love adventure you will love this book.