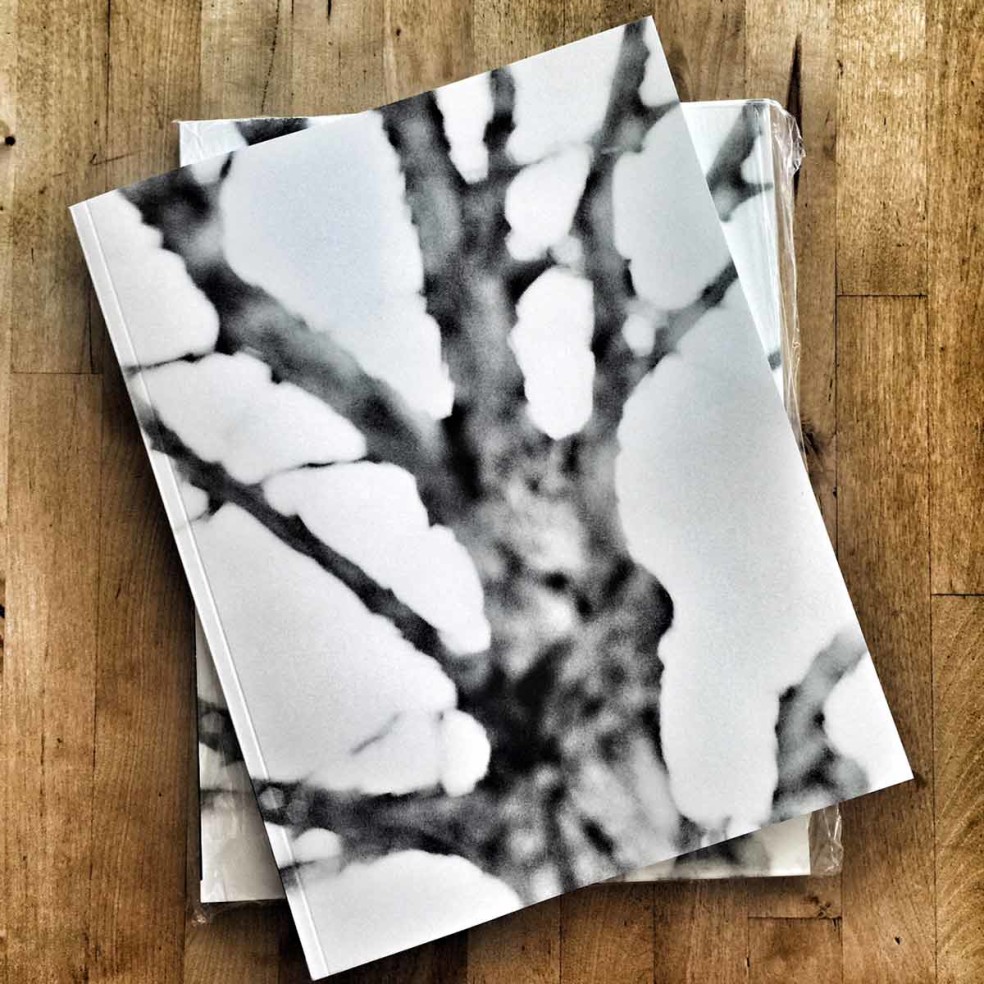 Now I’ve really done it. I’ve made another sample. Maybe I went too far this time? Haven’t you ever wanted a 240-page magazine that is so thick and heavy it kinda feels like a book? I wanted one, so I made one. I don’t love the work inside this magazine because it’s all mine and it’s mostly old. I’m just tired of my own drivel, but I’m not tired of looking at things in print. I won’t tell you that culling this amount of work is easy. It isn’t. Or that writing fourteen-pages of copy off the top of my head was easy. It wasn’t. 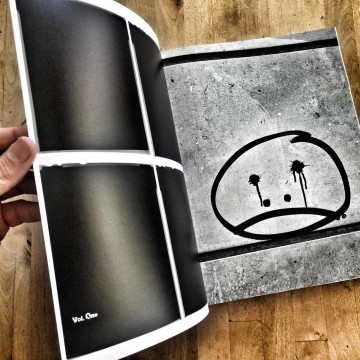 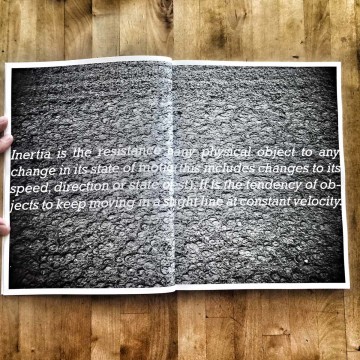 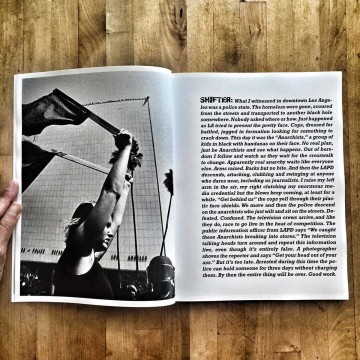 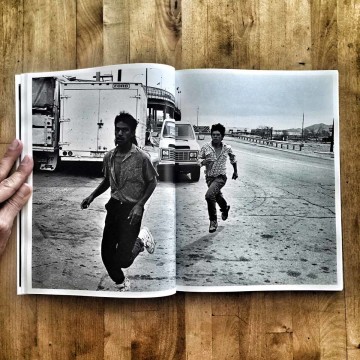 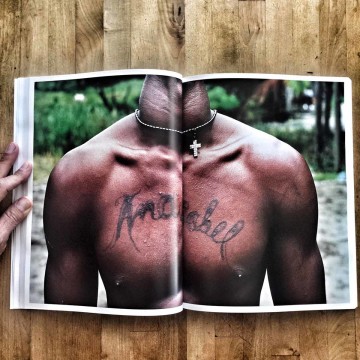 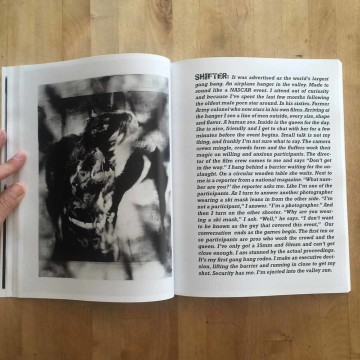 This is a “random” piece. No story. No caption. Just random imagery. I wanted something a person could pick up, open randomly and consume. No front matter really, or back matter. No table of contents. An essay from my journal every ten spreads. Meaty morsels right from the start and right up to the last page. I want people to collapse when they are done. I want them to think “I’m exhausted” when they see this thing blocking their path. Now, it’s expensive. $50.(Inexpensive when you consider I only had to print one copy.) So I only bought two, and I have no intention of selling this or even making it public. Mom gets one. She will probably use it as huge coaster or something to level off her TV stand but that’s okay. The other I will keep and show to people who share the printing sickness. (I actually have four copies now.) Designing this was illuminating. Refreshing. Life-changing. It made me think about just making work. Random work. Lots of it. If I had to do this magazine again I would not be able to because I simply don’t have enough work. The only way to make another one of these is to get out there, as often as possible, and make work. This isn’t going to happen, but I can at least fool myself into thinking it might. You know, delusional living. It works for me, but maybe someday, just maybe.
In case you missed it, this is a Blurb magazine with premium paper, a format that SCREAMS for collaboration. For the first twenty years of my career getting published in magazines was a primary goal. Now, not so much. The editorial industry is suffering and so is how photography is used. So why not do it yourself and show your in the way it was originally intended to be seen?