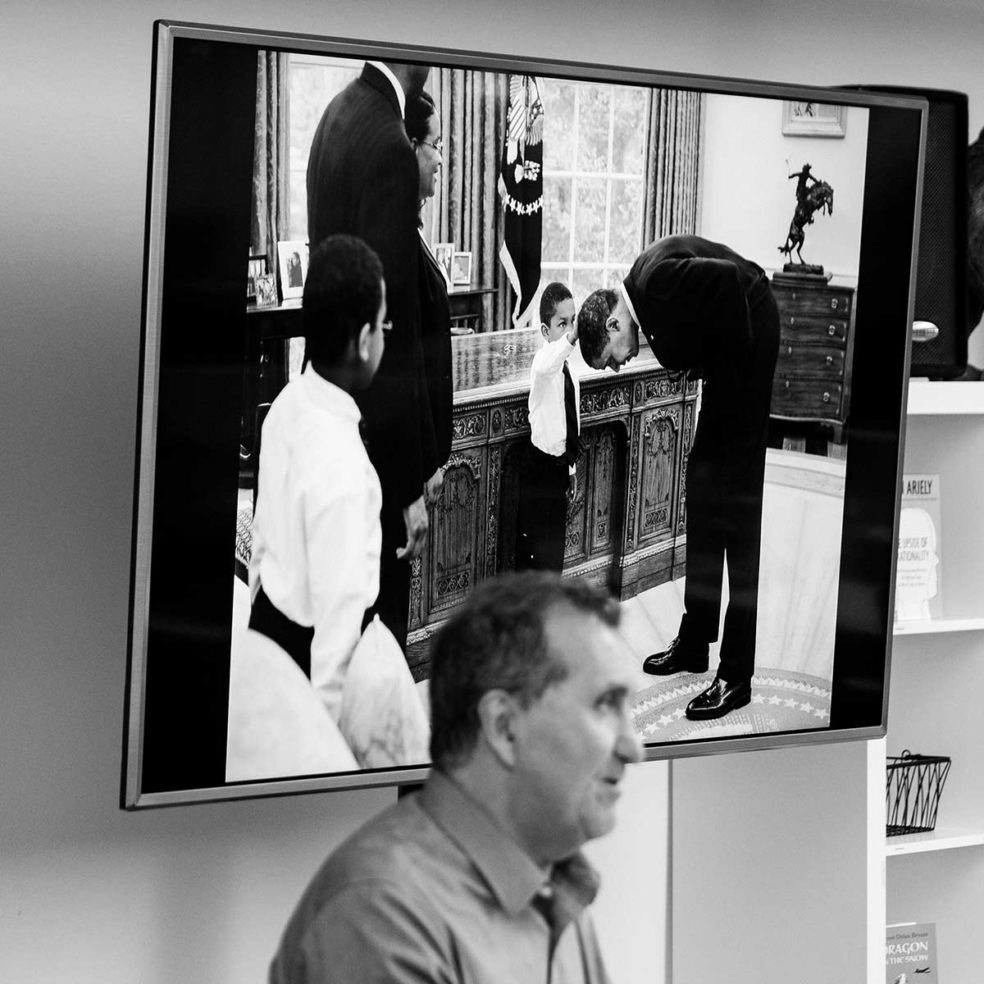 Sometimes we get lucky. Pete Souza came to Blurb. I was able to snatch him away for a quick interview. If you don’t know Pete Souza just know he’s a photographer. A good one. He was the official White House photographer for both Ronald Reagan AND Barack Obama. You might know him from either of those duties or perhaps you know him from his Instagram feed? Regardless, he was kind enough to give me a few minutes.

For now, let’s just focus on his Obama work. His goal was to create the most comprehensive documentation of any president in the history of White House photography. 1.9 million images later he accomplished his goal. Not to say that prior White House photographers didn’t do their own comprehensive coverage, but remember, Obama’s administration was the first “social media” administration, so camera technology and phone technology were beyond anything the political world had seen before.

There were several things that struck me. First, there is a ton of work that the world hasn’t seen. Second, the images that surround the movements of the president are intriguing, beautiful and also showed me what kind of photographer Souza actually is. The day-to-day political reportage can be stifling based on repetition, access, and boredom, but what he was able to capture outside of the day-to-day was impressive, and I only saw a tiny portion. Also, this is a backbreaking job. Far more physical and demanding than you could imagine. I’ve got other friends who worked in other administrations and they verified this for me. Grueling. “A young person’s game,” as Pete said.

When you look at Pete’s work you understand who Obama was, who Reagan was, and that is the goal. Tell the truth, good or bad. You see the hours put in, the private moments and the trauma/drama that comes with the job. Yes, there are signature images, but there is far more to this photographer than the cover image. Speaking of books, Souza is currently releasing “Shade,” his latest work. Have a look, have a listen. And make sure you vote.