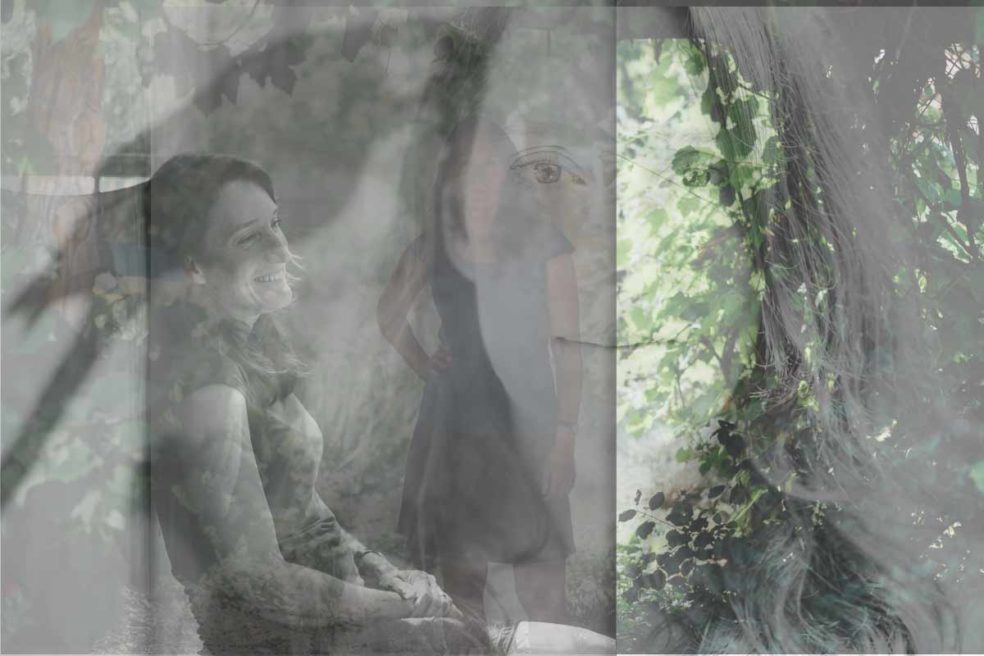 Yes, I did a composite image. I just felt like Esha is a blend of so many things that an image like this made sense.

You can tell a lot about someone by spending time around their children, and Esha Chiocchio has two of the best kids I’ve ever met. They are keepers. Smart, funny, mature and perhaps more than anything else they are interested and involved, just like their mother.(Same for their dad but stay tuned for this story in a future interview.)

I met Esha many years ago when I would have classified her as a straight photographer, but her history with creativity is far more diverse than just photography and also goes much further back. Just to set the table, her double areas of study were anthropology and French with a thesis on French speaking West African literature. No joke. She also did two years of Peace Corp work in Mali. She speaks French, Spanish and probably other languages she is too shy to admit. Her first published photograph….National Geographic.
But what inspired me to do this interview now is Esha found herself trying to tell a larger message which prompted her to return to her studies, with a focus on sustainability. She is now a sustainability consultant who works with organizations to increase resilience in the face of climate change. She is the author of Forest and Water Climate Adaptation: A Plan for the Santa Fe Watershed and teaches both adults and kids about a range of sustainability issues. She co-founded Renewable Energy Day, is a former Sustainable Santa Fe Commissioner and is currently on the board of the Global Warming Express.

What this stolen portion of her bio suggests is the key to this entire interview. Esha follows her gut, makes a plan, works hard, teaches others and truly gets involved. If you take two things from this interview take her living proof of action as well as the idea that “getting involved” can take place on a singular, individual level and doesn’t take much. The problems of our world seem massive but at their foundation are only you and I. Want to say thanks to Esha and thanks to Shadow the cat for not eating my bag.