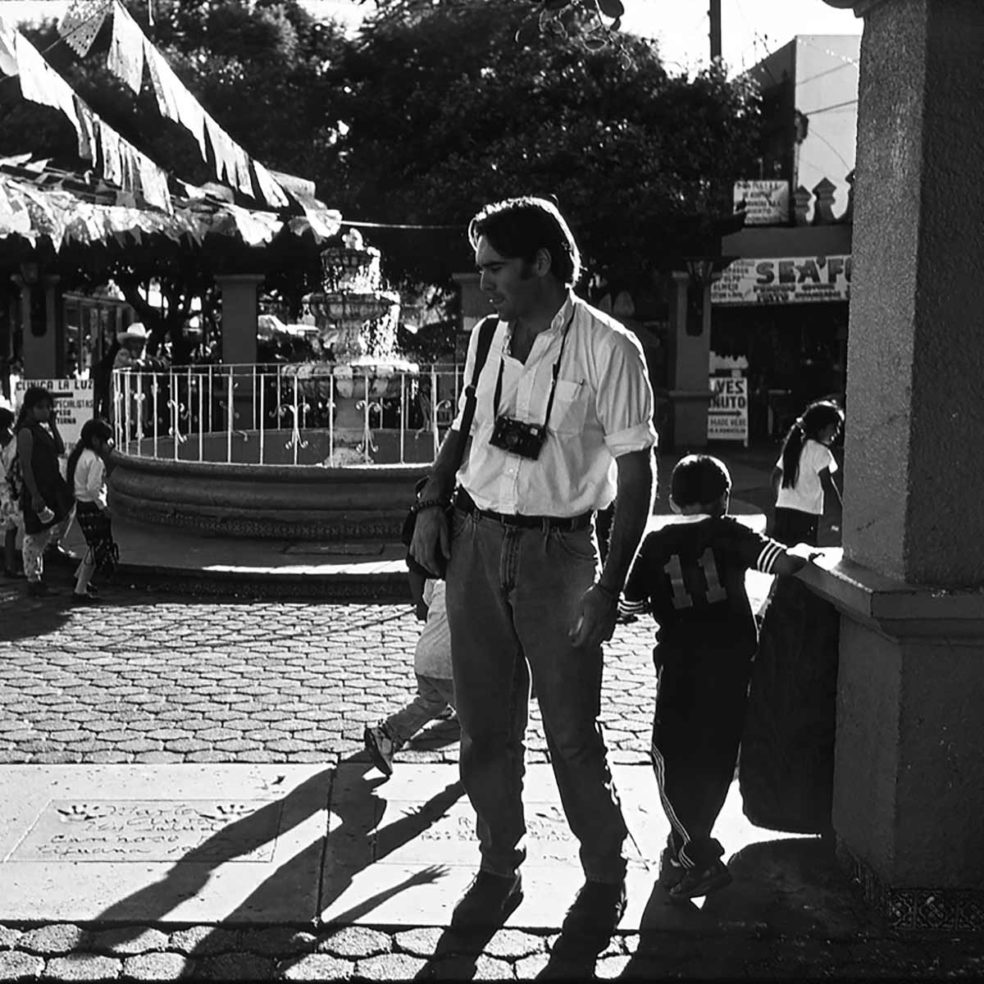 1998 Eric in his element. Tijuana, Mexico.Original on Kodachrome

I met Eric Labastida in 1996 while covering the Republican convention in downtown San Diego. We were both TRI-X shooting, Leica wielding documentary “kids” who were Hell bent on anything Magnum. Around us during those days were the likes of Abbas, Phillip Jones Griffiths and Alex Webb, all Magnum luminaries and in our eyes, heroes, legends. The people we wanted to be.

Over the next few years Eric and I shot in San Diego, and more importantly, Tijuana. Eric took it far beyond anything I ever did, and ended up shooting in TJ for twelve years. He’s had some interesting moments over the years, even had a brush with Magnum, for real, but ultimately remains to this day a guy who walks the street looking for stand alone moments. Shoot, edit, print.(His darkroom was in a cave.)

On a side note, I once convinced him to paint a racing number on his 1995 Mazda 323 which we nicknamed “Numero Siete.” I was sure it added at least 5mph to the top end. It became the border horse of choice.

This interview is long and rambling, just like our history. Oh, he just reminded me. He was in the hospital once, something muy serio, and I never visited him. For that I am not surprised but truly sorry.

You could say he’s a Leica guy.