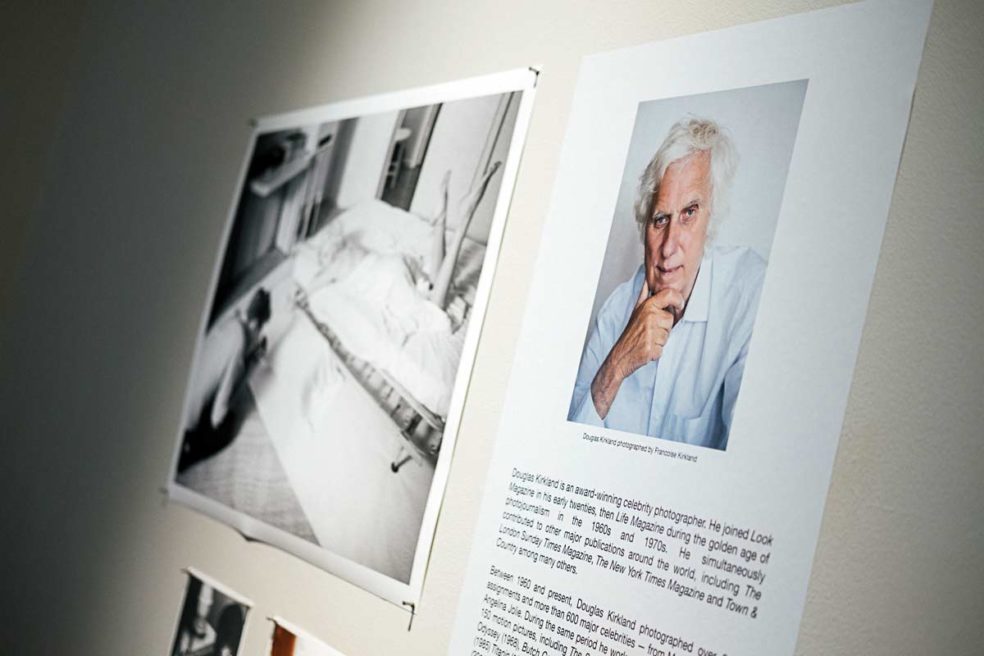 You see, I’m old enough to understand something. There is no new Douglas Kirkland emerging from the world of photography. Not even close. Now, this isn’t to say there aren’t young, motivated individuals attempting to rise through the ranks. The problem is there really are no more ranks to rise through unless you consider building a social media following a rank. (Many people do, sadly.)

By twenty-four Kirkland was shooting for Look Magazine and later joined Life Magazine. He is famous for shooting celebrities but his work goes far beyond Hollywood. Far beyond and spans over six decades.

I’ve known the Kirkland’s for many years now. I’ve never traveled with them, never did assignments with them and I have certainly never lived with them, but I would guess I know more about them than the average man on the street, but even I am still finding A LOT about them I did not know.

Walking this show in Palos Verdes I found myself uttering, “I didn’t know that was his,” and “I didn’t know he did that TOO.” His career is utterly astounding. I realized today that the potential exists that Douglas made more images in one year than I’ve made in my entire career. And this is film era people, which means it was prior to the 10,000 image portrait session of today. He was and is prolific. Still shooting ads jobs, portraits, celebs and doc stuff at 84. The images on the wall ranged from digital to 8×10 black and white negative.

Also, there is no talking about Douglas without talking about Francoise. She has been with him the entire time and is an integral part of the equation for success. In all the years of knowing them, I’ve seen Douglas alone exactly one time. And this was by total accident, a chance encounter.

What I admire about these people is that they are far more than photographers. They are well rounded human beings. They know about life, travel, politics, art, creativity, food, friends, professionalism, history and they know how to wrap it all together to become contributors as human beings. And they do it without bragging. In fact, I’ve heard more than a few people over the years describe Kirkland as the nicest person they know. And the archive speaks for itself.

I’ve met thousands of photographers over the years, maybe even tens of thousands, but there live only a tiny fraction of these folks who made me reassess my life, my direction and my participation in photography. I think this is both acknowledgement of a higher status of photographer, of which I will never be, and also the respect and education that comes with understanding this reality.

Now, I would declare this National Kirkland Day but he’s Canadian and she’s French so I might be slightly out of bounds, but boy do they deserve it. If you don’t know of his work and life take a moment and look up his myriad of books, films, projects and images and prepare to have your mind blown.