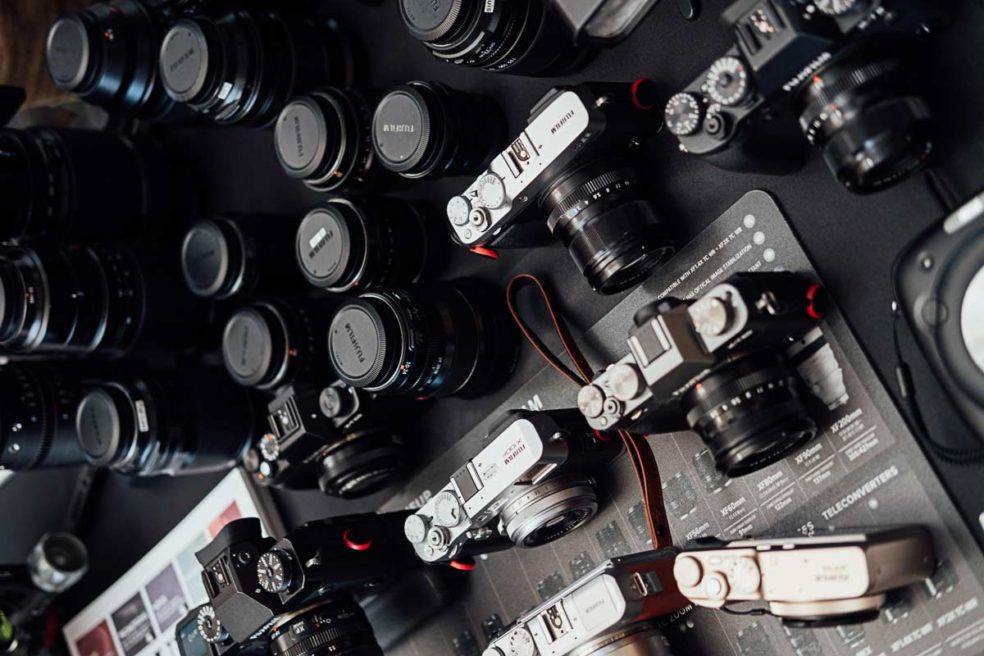 Today was a bit strange. There was photography, yes, lots of it actually. And it ran into the wee hours of the morning, as things tend to do here at the festival. But for me, it was a logistics day, one loaded with “things I need to do now because I might run out of time later in the week.”

So, my first stop was Fuji. I needed to get my entire bag of gear cleaned, checked and updated and the folks at Fuji were kind enough to do just that. I someone managed to burn a hole in one of my XT2’s, which can happen by having a camera aimed at the sun, like if it was on my seat with the sunroof open. Luckily, the burn JUST missed the critical parts, so the camera still functions just fine. Fuji also sponsored a photographer named Kevin Fickling who shoots action sports, advertising, commercial, etc. He’s an XT3 shooter and has started using the GFX as well. Think you can’t use these MF cameras to shoot action? Think again. Kevin was very cool, honest and shared all kinds of relevant details of his photography business. And he shoots cycling! I could have stayed there all day long. He also passed around a print shot with the GFX and it was simply astounding. (His cycling imagery with the XT3 and 200mm f/2 was dreamy.) He’s a guy that is constantly learning, constantly adapting and is doing motion, stills, building handmade bikes, creating leather goods, producing and designing sets, etc.

In addition to Fuji, you also have Canon, Lumix, Sony, Leica, etc. As well as many other vendors, but make no mistake, this is NOT a trade show style event. Yes, there are vendors but the idea of the image never falls from pole position in terms of importance. This festival is about ACTUAL photography.

I also got to catch up with Allan from Atlas Packs who is such a cool guy and someone who is always working on improvements, ideas, projects, etc. Allan kitted out my pack with new straps and cords in my favorite colors. GREEN. These additions are so great when I’m out in the world and rains come and go. I can use the cord to hold my rain jacket, my water bottle, etc. These little tweaks can make a huge difference.

I also got to talk a lot of Blurb. Everyone knows me as “the Blurb guy,” so this is just par for the course. But, this is one of the best parts. I see current students, former students, beginning bookmakers, and uber accomplished book publishers. The book is still a highly regarded item to those living in the world of high-end professional photography. In fact, last night one of the best photographers in the world, and one of the coolest guys came up and the first thing he said was “Hey, remember the film teaser I showed you?” “Well, we just got the book deal.”

Those hearty enough to survive this were then faced with the parties….which start at 11PM and run until 1AM. Seeing as I get up early, and I’m old now, I passed on these gatherings and retired to my room where I hovered in lotus until dawn.