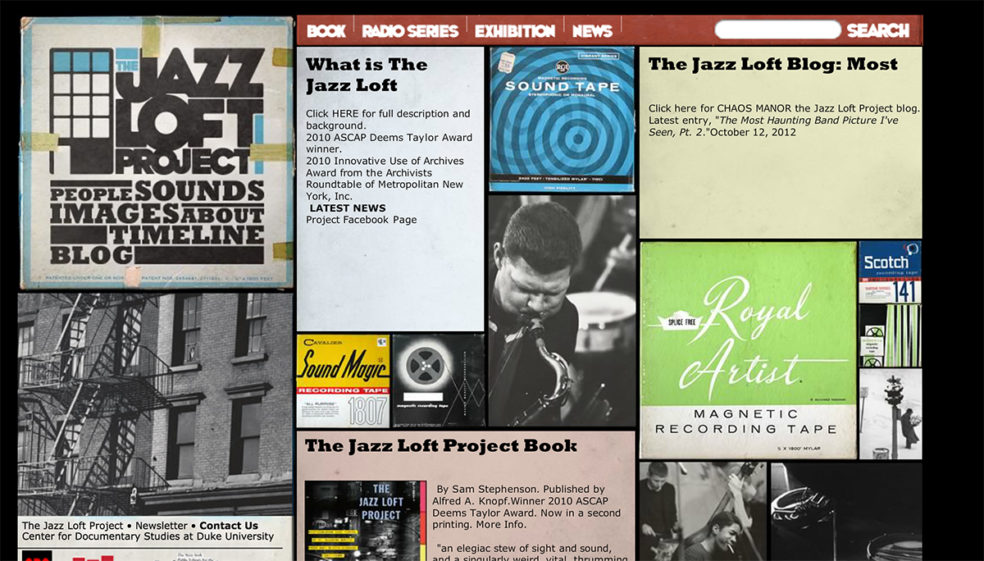 Okay, time for a good rant. I’m sure that many of you know The Jazz Loft Project. W. Eugene Smith, one of the most important documentary photographers of all time, after somewhat abandoning his family, moved into a loft on 6th Avenue in New York City. I’m sure there are many ways to interpret what happened. I wasn’t there, don’t know anyone involved and will let you figure out what exactly went down.

Smith moved into this building which wasn’t zoned for living space, but the occupants figured out a way to get around it. Jazz musicians began arriving, spreading the word that there was a new place to place, freestyle, in the city. Suddenly, this dank, dark, somewhat abandoned building came alive like never before. Twenty-four hours a day there was someone there. Smith, being perhaps the most driven photographer to ever walk the Earth, began recording the jazz sessions, not only with his camera but with audio equipment, going as far as drilling holes in the floor to stash his microphones.

If you don’t know W. Eugene Smith and you call yourself a photographer I guess I just know what to say. Impossible would be the only way I could describe that reality.(I’ve run into plenty of “photographers” who had no idea who he was.) When I sat through this film last night I was heartbroken thinking about where modern photography has gone, and how superficial and repetitive most modern imaging has become.(Including my own.) I think about things like social media and know it’s only going to get worse, photography will become less and less relevant. And it’s our fault because it’s happening on our watch.

Smith was possessed. There is no other way of looking at it. But he was a walking embodiment of what it took to be great. Not just good or really good or amazing, or super or fantastic or anything else we toss around so easily these days. HE ACTUALLY WAS GREAT. How do I know? Because his work speaks for itself.

Had he ONLY done the jazz photography he would be considered great(ten years of shooting daily), but when you add in The Country Doctor, WWII, Pittsburgh, Minamata, The Spanish Civil War, etc., he suddenly lands in a category of perhaps three or four individuals who define the genre for eternity. What he did is so far beyond ANYTHING being done today it’s not even debatable. Just to give you an example. He was hired to do a picture story on Pittsburgh. Deliver 100 photographs about the city. Four years later, after diving in at a level nobody could comprehend, he delivered 22,000 photographs. PRINTS people PRINTS. DARKROOM PRINTS. FINAL PRINTS. THIS MEANS HE FIRST PRINTED EVERYTHING 5X7 FOR WORK PRINTS AND THEN MADE ANOTHER ROUND OF FINAL EDIT PRINTS. Smith never actually finished this project.

DEDICATION. This is what I’m getting at. Are there dedicated photographers working today? Yes. I know quite a few. I don’t know anyone like Smith however. Perhaps it’s impossible today. When suddenly, as an image maker, you are now on the hook to tell the world about your every move, then your every move becomes the story and not what you are actually working on. Look at me, look at me, look at me. The work has become irrelevant in some cases.

By most accounts Smith was not the nicest human being. I don’t overlook this when it comes to his career. At what cost did he create? But in terms of photographic dedication he remains a message, a gift, for the rest of us. When we rush. When we offer false praise. When we put stock in things like “likes” and followers it diminishes everything he ever did. When he died he passed the torch. It’s up to the next generation to relight that damn thing.

Even though I’ve never done anything remotely as good as Smith, which could be seen as a depressing reality, I actually find it awe inspiring to THINK about attempting to make something great. Frankly I don’t think I ever will but I’m still going to go out and make shit. But what I won’t do is promote it as more than it is, tell you it’s great and treat it as tool to build popularity. Rant complete.