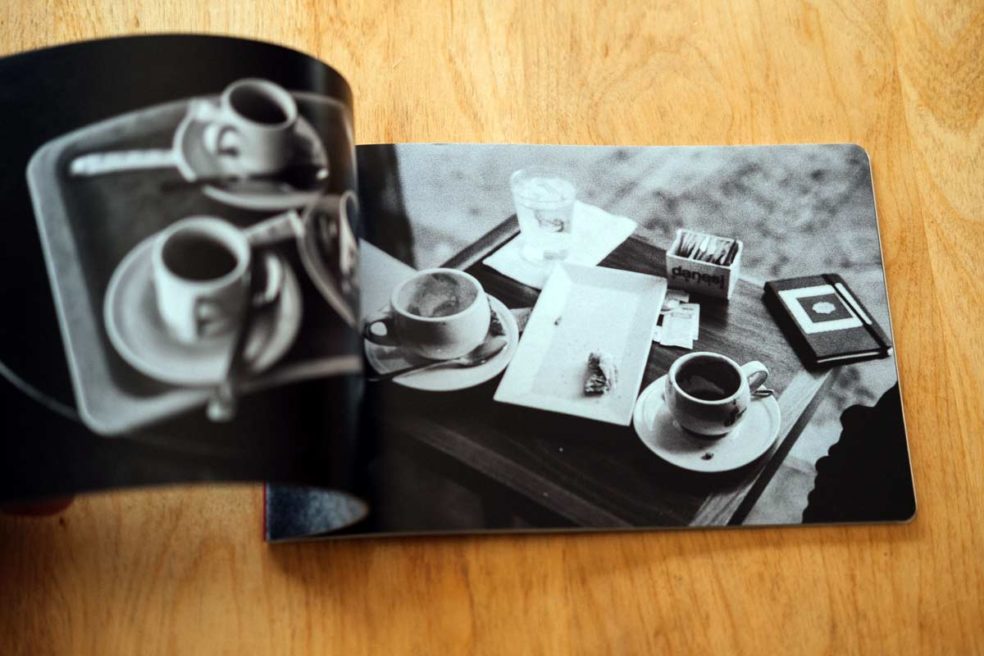 I love Frank Jackson. He always seems so damn calm. He’s a coal burner. Everyone thinks they need rocket fuel to be great, but you don’t. Coal, in many ways, is better. Lower temps and LOTS of low-end power. You might think, “Dan, coal doesn’t burn clean.” Okay, let’s say CLEAN coal but more importantly, the only thing Frank leaves behind is creative work. Think a Tesla tailpipe. Believe me, Frank rks.

Frank and I rarely see one another, but we try to catch up via tele from time to time. He lives in Los Angeles which might as well be Berlin. That gap from The OC to LA is formidable. But recently, a package arrived.

Frank has been traveling with the same espresso cup for YEARS, photographing this baby in locations near and far, building a slow burning essay that dates back longer than I can remember. You might think this odd, and maybe it is, but it is also a story that intrigues people. That’s the point right?

Frank also does illustration. I noticed this reality several years back while doing an interview with Frank. “Hey, what’s that,” I asked. “Oh, you don’t know about that,” he grinned. I love this work. Really love it. Maybe because I can’t do it, but probably more because I think it suits his being and is a nice companion to work. And it PRINTS well.

Frank writes well, draws well and shoots things that most of us would walk right by. There is a lot to learn here. Have a look. This is about diligence, listening to your own drummer and enjoying the process that got you where you needed to be.