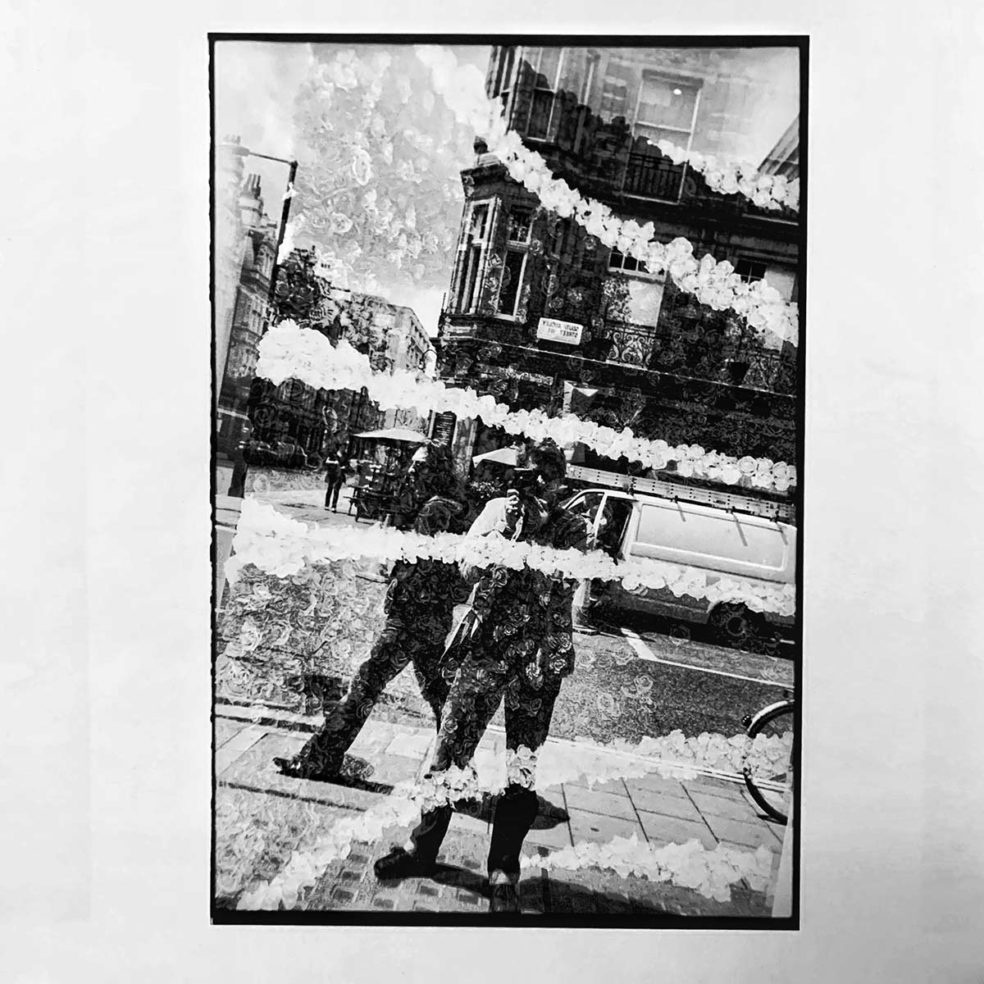 I’ve photographed myself more than once. My best guess going back thirty years is maybe I’ve photographed myself a hundred times. Now, this is a total stab in the dark. It might be slightly more, or slightly less. You might think this is too many or not enough. There were at least a half dozen times when I was forced to photograph myself for an assignment or as part of the “contributors” page.

This image was made in London during a Blurb trip. I was with two other industry types, a tech guy and book designer. We traveled from San Francisco to Chicago, New York and London. I made this in London. Not entirely sure why but I think this is a better than average selfie. Hell, I’m going to call it a “self-portrait” cause I have a degree in photojournalism which means I’m better than you. We do this kind of thing. You’re just lucky I don’t have a masters.

There are three layers of people, plus the paint layer. There is movement. There is structure. I like the bike wheel as an anchor on the right. And heck, I made this with a film Leica so it HAS to be good. And I printed it fiber in the darkroom. What was I thinking? Good God, I think I might be wearing a vest.