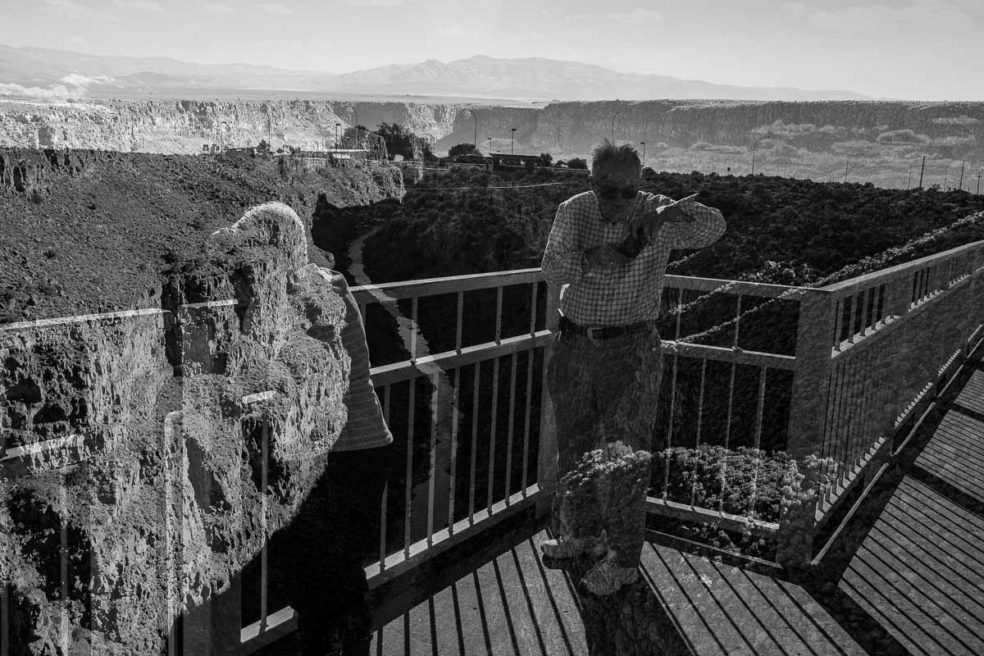 Hmm. Roads for cycling. Hikes. Photographs. New friends. Adventure. The arch enemy of boredom.(I can’t remember being bored in my entire adult life.) I know what you are thinking. “Man, Milnor is full of shit.” You are correct, but not about this. Driving home last night I came upon stopped traffic on the only real road from Taos back to Santa Fe, at least at the point I was. A fatality accident. Four miles of traffic. Took me 4.5 HOURS. Inch forward, power down truck, wait. Start truck. Inch forward. Power down. FOUR hours and I never got bored. I just thought. About the people around me. About the land. About everything. Then I made it home and drank a two liter bottle of grain alcohol and played Russian Roulette. I went north. Then west and then back north again before looping east and south. Four lane to two lane to one lane to dirt to path to trail to rock and debris. One five mile section took one hour to drive. Bone jarring but so damn beautiful. Open meadows at 8000 feet, surrounded by mountains and the only human I saw was a dude in camo with a rifle on this rig. He helped me with directions. The human Mapquest of the Carson National Forrest. Thank you whoever you are. Speaking of whoever you are. I love chance encounters, and frankly I spend more of my time searching them out. I don’t mean chance encounters in darkened theaters with strangers and baby oil I just mean being friendly and saying “Hello, who are you and why are you here?” In this case I didn’t have to because this guy and his father did. A chance meeting at a coffeeshop in Taos. Quite a “kid.”(Anyone younger than my 48 years gets this classification.) A chance to learn about each other, our business and to simply admire the near perfection of New Mexico in October. Jesus it has been SO nice. My goal for the day was reached. Push the button a few times. Scout some new Earth and see land without humans. By the way, these images are of the Rio Grande del Norte area which is one of the areas that dipshit Ryan Zinke, now under investigation, has proposed changes. This guy is the worst, and like most of the gangsters in this admin, has trouble speaking the truth.