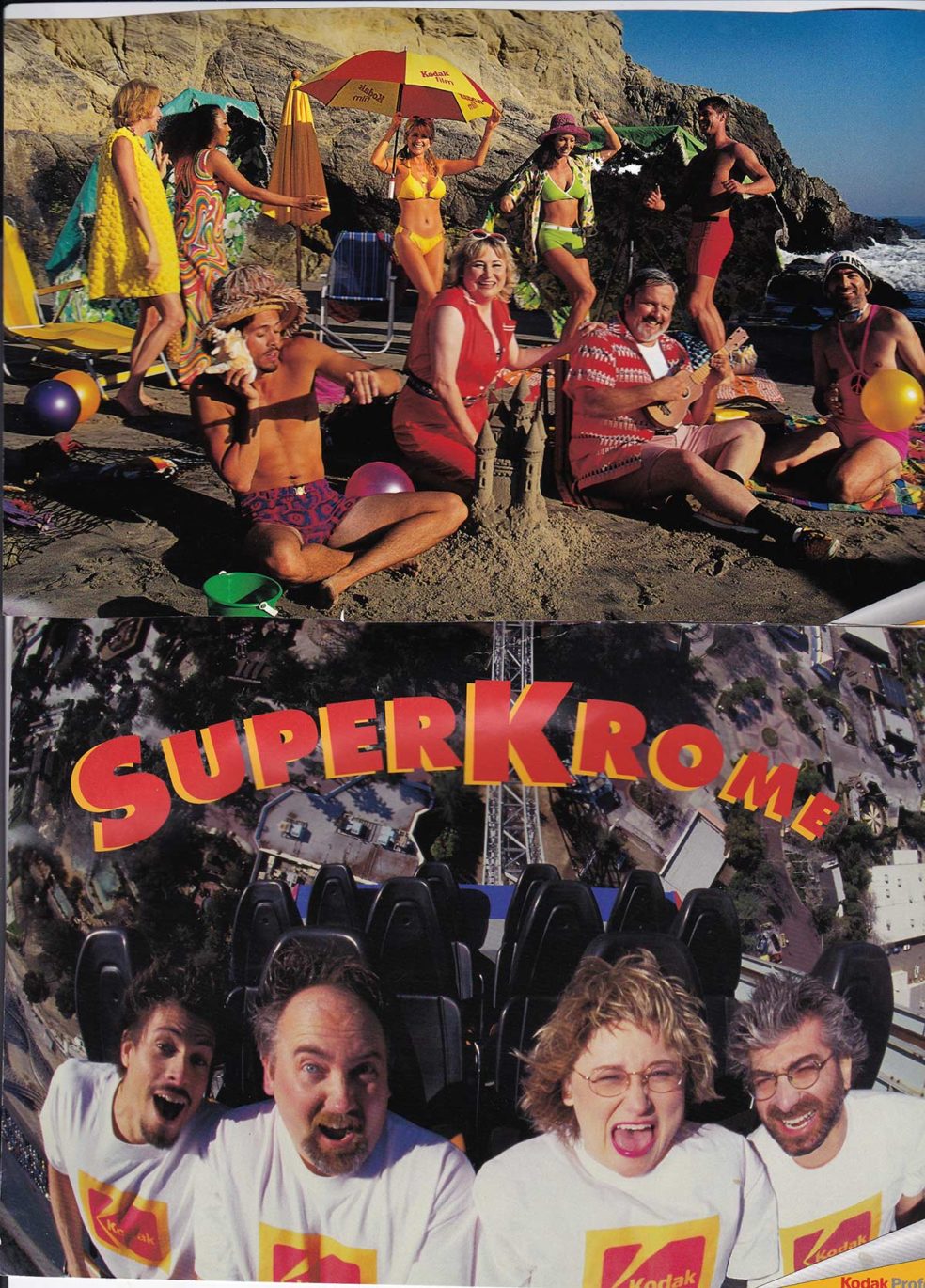 You might not know this about me. I’m kinda famous. People like me. I’m in advertisements. I’m potentially not proud of this but it’s true. I’ve lived many different lives in the past few decades and these two cards are representative of one of those lives. Kodak Professional.

My old boss Ara, who is represented in both of these cards, had a great sense of humor. I’ve never mentioned Ara here, but I own him A LOT. He was the singular reason Kodak hired me. In 1997 I interviewed for the position which had a yearly salary of $37.000. I thought this was more money than I could ever spend. My first thought was “I can actually donate money if I want to.”

I first entered the Kodak corporate office, then the conference room where the other prospects were sitting, and a few things became very apparent. One, I was A LOT younger than anyone else. Two, I was the only person not wearing a suit. Three, I was the only one holding a portfolio. Well, turns out they didn’t want me. But the only thing that mattered was that Ara did. In short, according to rumor, he threw a shit fit, banging on the desk and telling the powers that he didn’t want another sales guy or another tech guy. HE WANTED A PHOTOGRAPHER. And it was done.

Anytime Kodak launched a new film or major product Ara would say “We should come up with some insane ad.” And we did. He would dream it up and we would get it done. On my very first day on the job Ara approached and “Hey, do you ever dress up as a woman?” I considered this for a moment and replied, “Sure, but never for less than one thousand dollars.” What he was getting to was an idea he had for an idea in regard to a film we made that was perfect for cross processing. So, we all dressed in drag and did our thing. I rode around Venice Beach in drag, then went to dinner in drag. I invited a friend from out of town and never told him about the drag thing. That was fun.

RIP Ara. You are truly missed my friend.