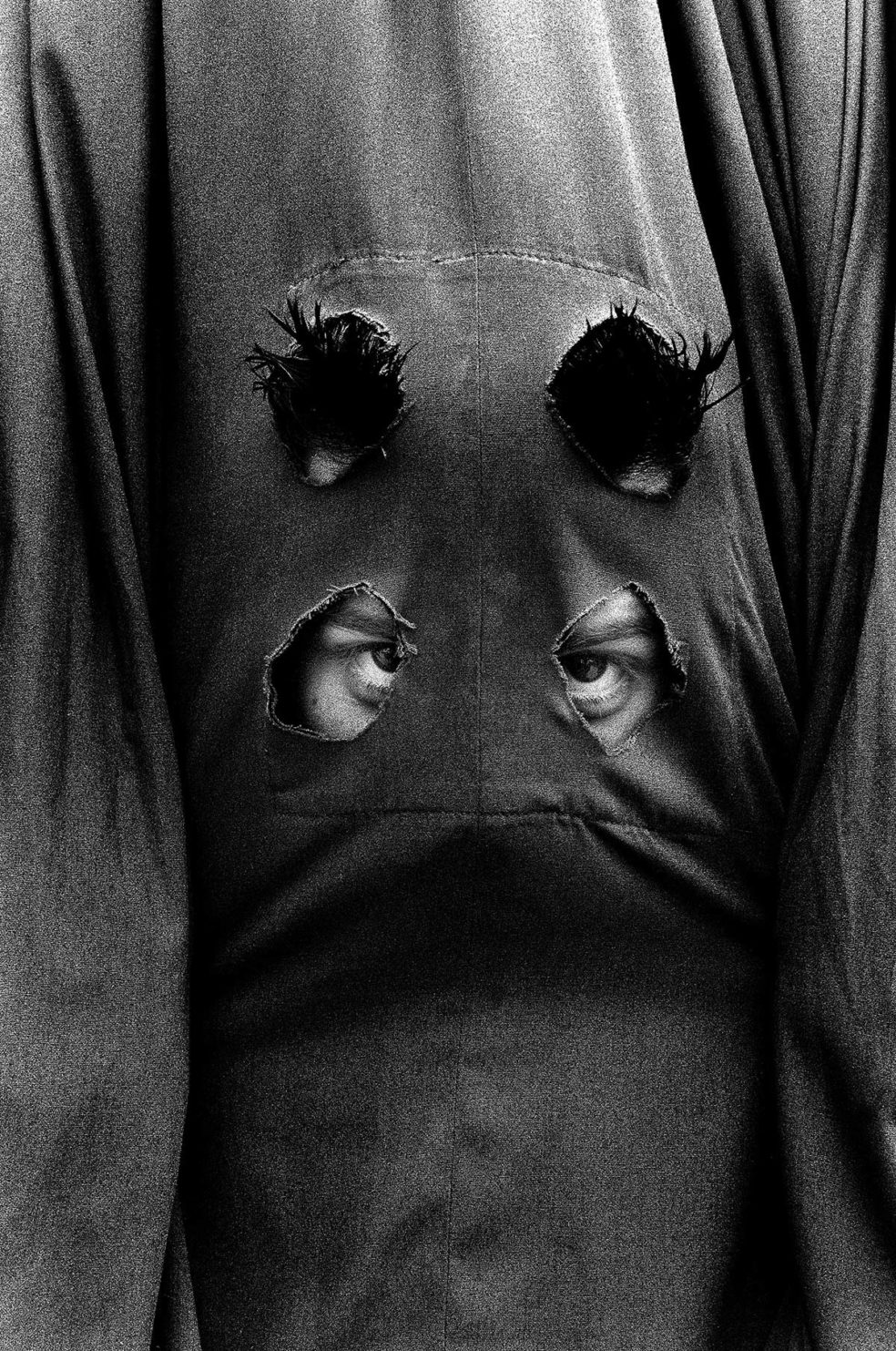 So this is a good one, one to pay attention to, but I’ve got some explaining to do. In short, this is the first post of a series that will detail the beginning, middle and end of a brand new publishing project. But before I share some of the guts there are a few things you need to know. This might sound peculiar, or even like total bullshit, but this is the truth. This book isn’t about me, nor is it for me. In the end I will walk with a professionally designed, offset printed, custom book but the STORY behind this book; why it was made, how it was made, is the real story.

Let’s travel back in time.

Sometime in the early 2000’s I attended a juried portfolio review. A good one. During this event I could choose who I wanted to show my work to, and I did. The response to my project was good, maybe even very good, but you see I had no plan at the time. I wasn’t even looking for feedback and wasn’t really sure why I was even at the event.(This should sound familiar coming from me.) But nevertheless I made the rounds. And people this was my favorite kind of project, and photographically, represented what I determined I did best. Leica + TMAX 3200 + as much time in the field as possible = a solid body of work. And when I say “body” I mean roughly fifty images made over a four-year period. I view this work as classic, long-form reportage.

Shortly after this review I returned to California and went back to my assignments. Then the phone calls started. “Hi, I’m so and so with such and such publisher, and we think your project needs to be a book.” Whoa. Really? You are contacting me? Is this a prank? How could it be this easy? And then came a second call, from another publisher, who said basically the same damn thing. Publishers fighting over me? I dreamt about this in photojournalism school. The publishers were very different. One foreign, one domestic. Remember, this was the early 2000’s. I didn’t know ANYTHING about publishing, but I was taught in school that doing a book was the ultimate statement of being a professional photographer, so was all in, at first. Very quickly I began to realize things were not as they seemed, or how I felt they should be. The foreign publisher was flaky and made strange demands, like for money up front. A lot of money. The foreign publisher also said the audience for the book were AMERICANS with connections to my story. I knew very quickly I did not want to work with this offshore publisher, so I moved on and began to focus on the domestic publisher.

Again, almost immediately things began to go sideways. “Well, the audience for this book is the EUROPEAN market,” they said. “Oh, and we need to do shows in Los Angeles and New York when this book arrives, and those shows are on you.” “We don’t pay for printing or framing or shipping and the marketing also needs to come from the artist.” Before I could hang up the person said “Oh, and we just need $19,000 up front to get this designed and printed.”(There are a lot of photographers with sweaty palms reading this.) My first thought was “Why not ask for $20,000?”

By now my head was literally inside out. “You want me to pay you $19,000 to do the book? I asked. “In addition to the printing, what else are you going to do?” Well, turns out, not a whole Hell of a lot. Sure, I would work with their designer, but they made it clear their design needs/ideas would trump mine. I began trying to figure out ONE solid reason why I would ever sign on the dotted line. “You know,” I said. “If I had twenty grand in the bank I’d go do another project, no way would I pay for a book.” And so that was it. The end. Over, done, goodbye book deal. Or so I thought.

A short time later I was invited to show work at The Palm Springs Photo Festival. Now that I think about it, this might have been the first year of the festival. My darkroom prints were ready to go, but I also needed something else to show off the work. And guess what became a reality around this same time? BLURB.

So, I made a Blurb book. I didn’t make a GOOD Blurb book. I just made an average book that was actually more of a catalog. Image, numerical value at bottom of the page which referenced index in the back. Single image per page. Short intro. AND I JUST PRINTED ONE COPY.

Landing at the festival my internal cockiness was on fire. I knew I had good work. I knew it. This same body of work had been published editorially several times, and I’d sold prints, not to mention the interest from the two publishers, so I was very keen to show this work to the small but potent group of collectors who would be attending the festival. Then something strange happened. Collectors would walk by my work, lean over to look at the prints, but then they would notice the book. They would slowly reach over, pick up the book, leaf through a few pages, casually stick the book under their arm, reach into their pocket(wallet) or purse and ask “How much for the book?” What? Me? Book, what book? Here’s where things got interesting. I would try to talk them out of buying the book! “That’s not a real book,” I would say. “You don’t want to buy that.” These people would look at me like I was the idiot of all idiots, and clearly I was. “No, I want to buy THIS book” they would say waving this same little publication in my face. “No, you can’t have it,” I would answer. “WHY, WHY, WHY?” they would plead. “Because I only printed one…..”

So you know me by now, a bit slow to . This little episode did not have an immediate impact on me. Nope. Nothing. Just bounced, and thinking back I was probably pissed that I hadn’t sold more prints. But then, a few days later, still at the festival, I’m having breakfast and one of my heroes walks up. I’ve got my beloved little book on the table. “Is that the book I heard about?” he asked. “No,” I said. “Yes it is, lemme see it,” he said. “Sure, no problem,” I answered. “How much?” he asked. Bingo. DEFINING MOMENT IN THE LIFE OF ONE DANIEL MILNOR.

Back at home I said to my wife, “You know, this self-publishing thing, if I had a plan, might actually get very interesting.” And so it began. Two hundred plus books later, here I am. I’ve self-published so many different things, several of which I’m actually really proud of. And I’ve also helped a lot of other people around the world do their own self-publishing thing.

But that original project. That damn project. Just sitting there. Gathering dust, fading in my memory. Never did it justice. Never did the people in the images justice. And then it came to me. So do it. Get off your ass and do it. You know the designer you want to work with. You know that Blurb has the capability to do a custom, offset run. So pitch them on it. And I did. And here we sit people.

So later this year this project takes flight. The goal, improvisation, experimentation, and deviation from anything the designer and I don’t like. This will be small, personal and different from what is expected. I’m not entirely sure what that means, and this is going to one helluva lot of work. I might even have to travel, far far away. Personally, I think this is a really solid publishing story. By the way, I was approached again, by another publisher-on another project-and turned them down too! I’m 0-3. Do you know how rare this is?Which brings me to a very important point. The most common publishing deal I see is the “artist funded” book,” which means the photographer pays the publisher to get their book done. Many publishers are up front about this. Known as “pay for play” publishing. While others try to hide this routine. Make no mistake. If you are paying a publisher to do your book, you my friend, are self-publishing.

So, if you are going to do it yourself, why not do it the way you want, when you want and on the timeline you want? This is why I’m doing this book. Many of the things I’m involved in, or some I dream up, I don’t share here. No point. But this project, I hope, will be a signal to all those with dreams to do the exact same thing.

There will be MANY posts on this. Many. And I actually hope to travel to work with the designer because I want to share that process with you. This won’t be perfect. Nor will it be smooth, effortless or easy, but what good comes easy? Stay tuned my friends. There are storm clouds on the horizon.