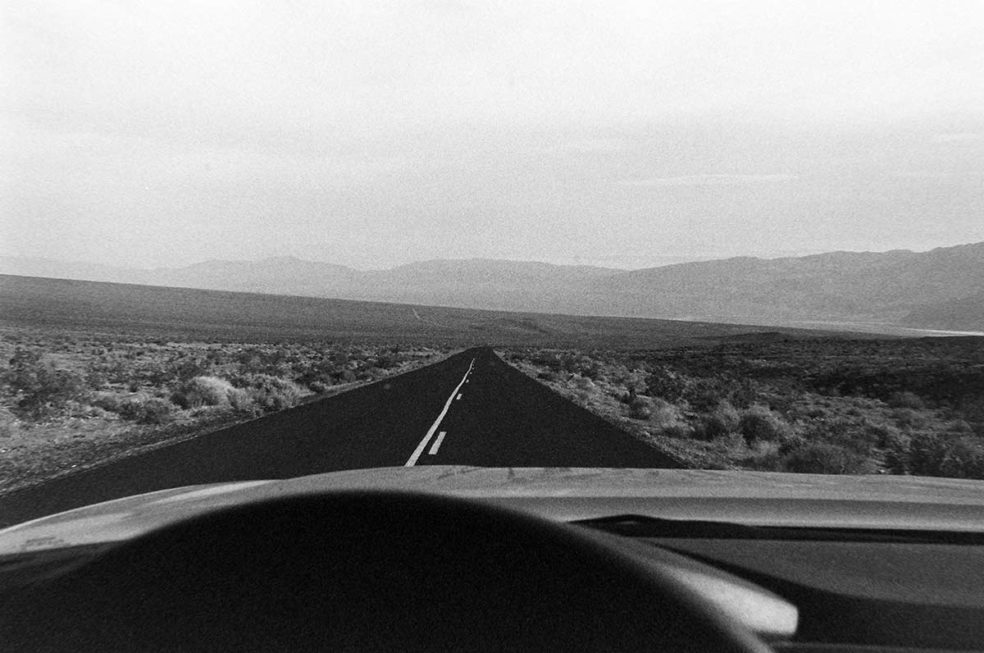 This was my emulsion of choice for many years. I first learned about this film back in early 1990’s when I was a photojournalism student at the University of Texas. TRI-X was the most popular film, but I quickly fell in love with the “sea of grain” that was TMAX 3200. For more than a decade, after I graduated and began working full time as a photographer, this was the ONLY film I used for my projects. I rarely used it on assignments, but for my personal work it was my only palette. And now it’s back. I recently went to Death Valley National Park to work on a project. This project will rename nameless until I get a few more shoots under my belt. Sadly this might take a year or more to complete as my schedule and the searing exploits of Mother Nature will combine to make my life very difficult. All I can say is that I’m VERY keen on working on this. And no, it’s not a landscape project. I suck at landscapes. This film works for me because it works for my preferred spacing. Lonely, sparse, stark images are where this film really shines. I don’t like this film in tight urban spaces, for portraits or for anything else for that matter. Sicily, Man vs Nature, North Shore Journal, Sugardaddy, Dogs Can’t Read, Una Pura Verdad, Muslim in America, the border, Bolivia, Morocco, etc. All projects I completed with this film. Will I use this film, or any film, much in the future? I don’t know. In addition to the cost of the film these three rolls were basically $25 per roll, just for the scanning, which is the achilles heel of ANY film project. I don’t have the time or desire to scan at home, and frankly I don’t look at my photography the same way I once did anyway. What’s happened to me is that I’ve become more of a conceptual photographer attempting to merge images, design and copy in new ways. New ways for ME, not to the general world. So when I head to a place like DV and start making pictures the pictures are not the be all, end all items they once were. Am I still looking for great images? Yes, of course, but I’m also spending half my time writing and making observations, and also thinking about compositing images and looking at my story in new ways. So in some ways it doesn’t matter what materials I use, and with two paid for digi bodies it’s more difficult to justify film.

What are the selling points of using TMAX 3200? There are many. GRAIN. Just simply looks far superior to any digital noise amplification and sharpening I’ve ever seen. Two, the cameras I get to use. Three, it SLOWS down the photographer. Four, you have to pay for it so you tend to think more. Three, it’s archivable over multi-decades with little effort, which is the polar opposite of digital asset management.

All in all a fun trip and one that has me game for more. Get out there and make stuff.