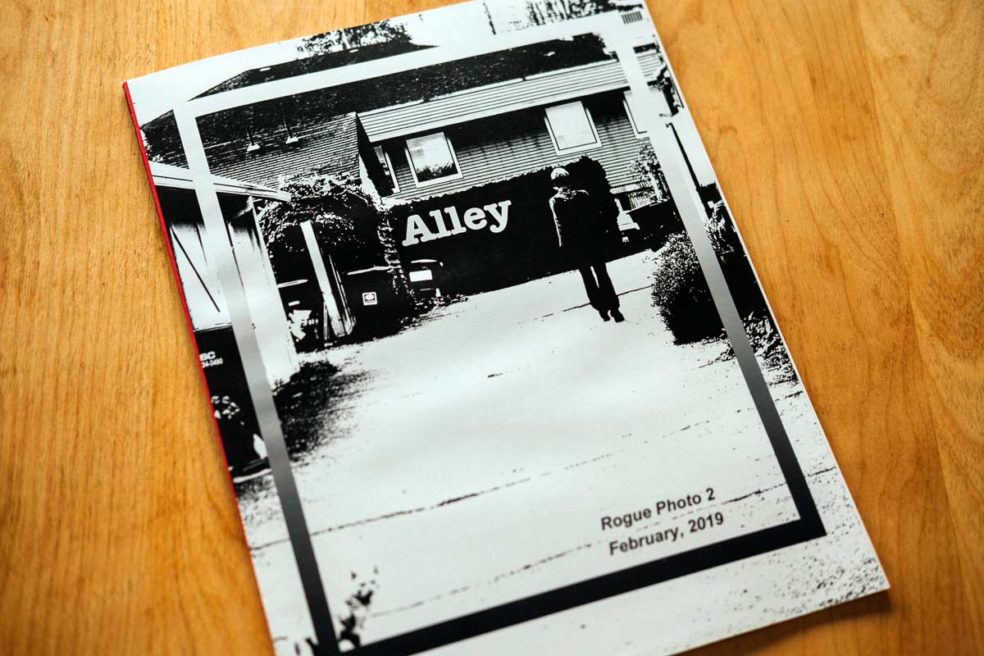 Andrew Molitor is a talented guy. Dual-threat. Writing and photography. And that’s just what he puts forth publically. He also reminds me of someone else I know, who not only looks like Andrew but also shares his mannerisms. I would connect these two but I know not to cross the streams.

I was fortunate enough to teach a class in Seattle in 2018 and was also fortunate enough to meet Andrew. Thinking back on it now, it was a really good class of focused snappers and bookmakers. As it should be. During the class, Andrew spoke about his current project and shared the progress he made. His focus was on the alley behind his house, and let me speak to this for a second. The alley behind his house. Not some faraway kingdom, some remote place, some Instagram location. Nope. Just walked behind his house and began making work. I absolutely love this. I think all of us have fallen prey, at one time or another, to the idea that we need to travel to make work. It just isn’t true. Now, what you end up photographing hyper-locally might not be as exotic as Delhi or Detroit but if you look hard enough you WILL find something intoxicating.

In “Alley, Rogue Photo 2” Molitor tells the STORY of the alley behind his house, complete with schematics, humans, animals and the artery-like underworld beneath the cracking tarmac. What spoke to me about this was detail and community. I had only seen a tiny selection of the photographs until I saw this publication and all I can say is that Molitor had been holding out on us. There are some gems on these pages. And the text and schematics really add to the sense of history and story.

The magazine cover is printed high-key with a red band down the spine, which I really like. A dash of red eyeliner on an otherwise grayscale face. Also, in typical Molitor form, the magazine came sandwiched between two flyers for a Simon and Garfunkel concert. I wouldn’t want it any other way.

Well done AM. Here is a link to Andrew’s site. Well worth your time and eyeballs.