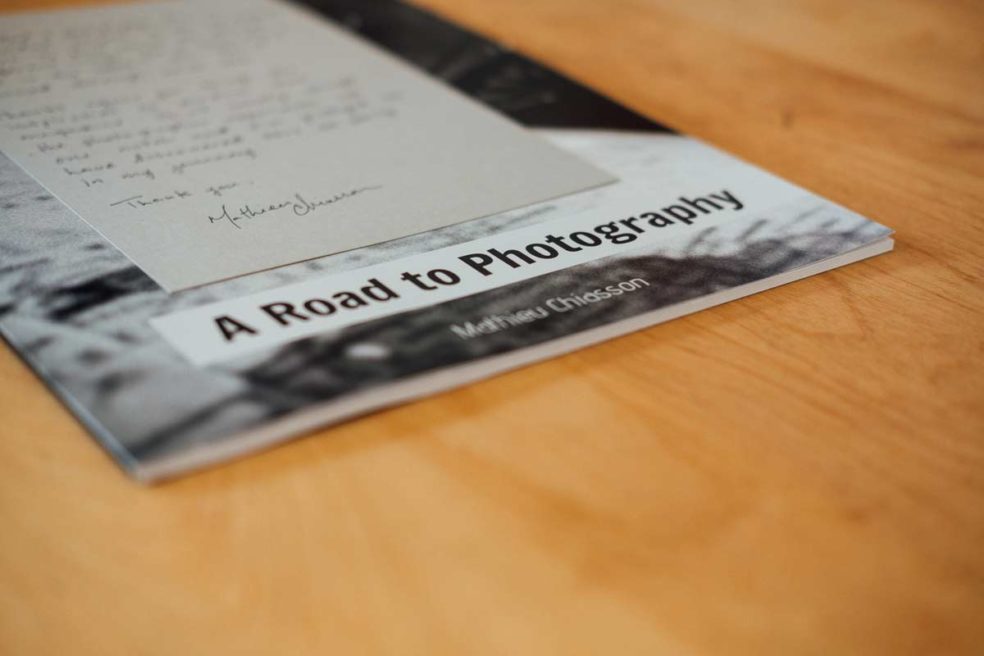 So I got something new in the mail. As you know, I’m a sucker for all things analog post. Mathieu Chiasson is a relative newcomer to photography but is attempting to make up for lost time. I’ve never met Mathieu in the real, in-the-flesh life but we’ve become communicators here on the site. 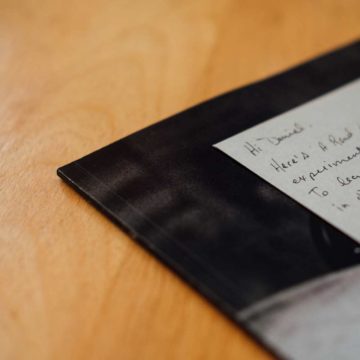 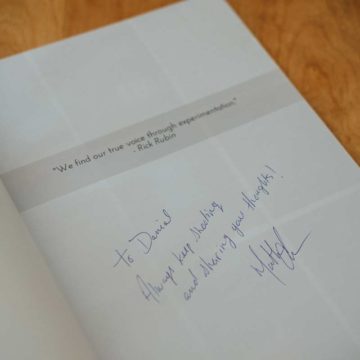 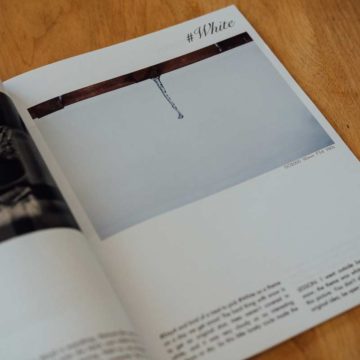 He created a new piece I wanted to show you because I think it makes sense for several reasons. Mathieu created a magazine, which is as much an educational piece as it is way for him to show his work. The magazine is a combination of a wide-ranging group of images, which is ALWAYS a difficult thing to make sense of, but what he did was turn each image into a “lesson learned” type situation.

Each image is hashtagged at the top and then at the bottom is a LESSON: segment that shows what can be learned from the image. I like this technique because it allowed him to create, edit and go to print with this baby. Had he tried to just edit these images into one long masterpiece of photography it would have been tricky, and I’ve seen SO many people attempt this, give up and never end up printing anything. 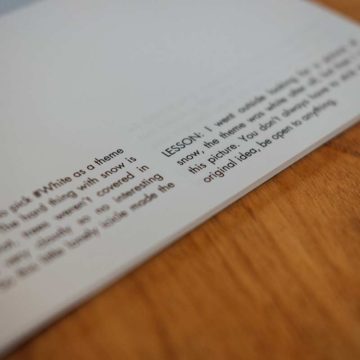 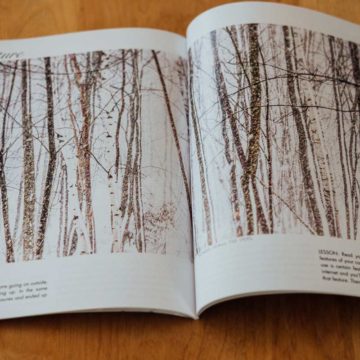 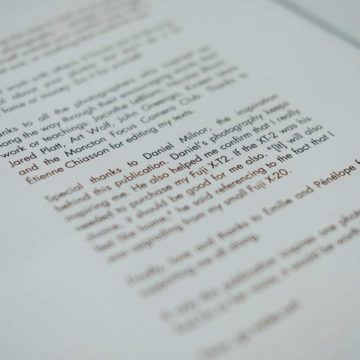 He also added a personal history at the front and a dedication at the back. Just enough to make the design a real design. And he tipped in a note to me. What is up with everyone having beautiful handwriting? Damnit. I got screwed. My teachers sucked. It can’t be my fault.

All in all I think this is a successful print mission and something he can easily build on, add to in the future. Well done Mathieu.