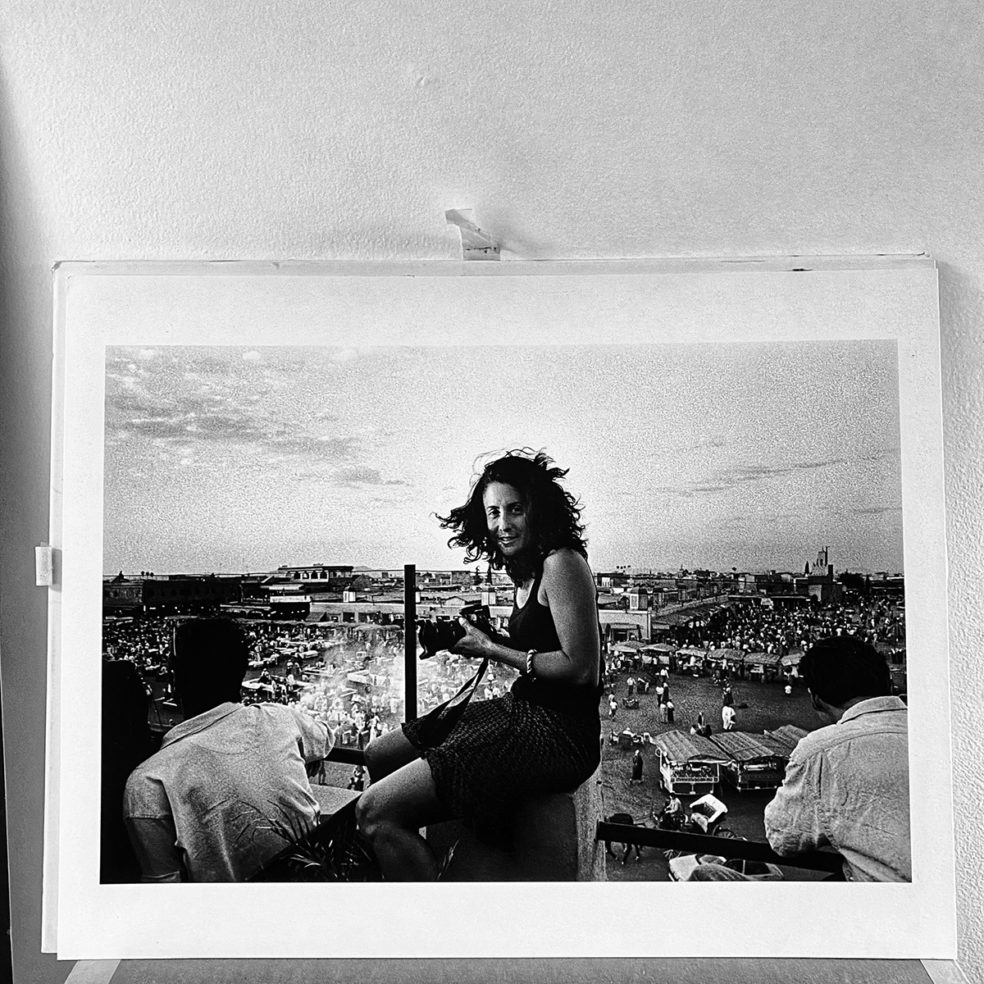 We dropped south from France after a week at the Visa Pour L’Image Festival our souls soothed with the best of the best who frame the world through little squares and rectangles. Drop the car in Marseille and pick up another in Casablanca. Four thousand miles of the unknown were ahead. A paper map and a Fiat Uno with no air conditioning.

Four of us. All creative, traveling together but still apart, as creatives need to be. Up early, up late, together, apart again. Mountains, dust, rivers of sand and the flavor that only North Africa can provide. I run into someone I photographed in the United States, a Muslim scholar. “Do you want to see something you would never be able to see on your own?” he asked. “Yes, yes we would.” Deeper into the souk we go until we can go no deeper. And we photograph.

I was single when I made this image. But days later I would not be. Our lives were simple. There was less money, more time and more freedom to live alone and connected in the human way. This was pre pixel. Pre-screen and we had no idea how good we had it. Nights were about gathering, talking, sharing or just observing our fellow humans. Dust storms, sickness, and unrelenting heat but overwhelmed by the positive of tajine, the comedic error of travel and wanting to know what lives at the end of the tracks.

Early morning on the beach, a proposal that catches her by surprise. “What?” she asked with a puzzled look. “Do you want to do it?” I ask. “Here, on the sand, with people around?” she replies. “No, no, not that, get married I mean,” I reply. A pause, a smile, and a nod.

The White City welcomes us back. A chance encounter. A trade is made, my t-shirt for a Moroccan wedding ring. The vendor has no idea of the vows exchanged minutes before. Fate, perhaps. These were the “where do you want to go?” days. Time and schedules, yes, but loose and kind.

On the flight home, I knock on the cockpit door. It opens. “Hey, can I shoot a Polaroid in the cockpit?” I ask. “Sure, come on in,” the pilot says. I miss this place and I miss this time. And she is still with me.