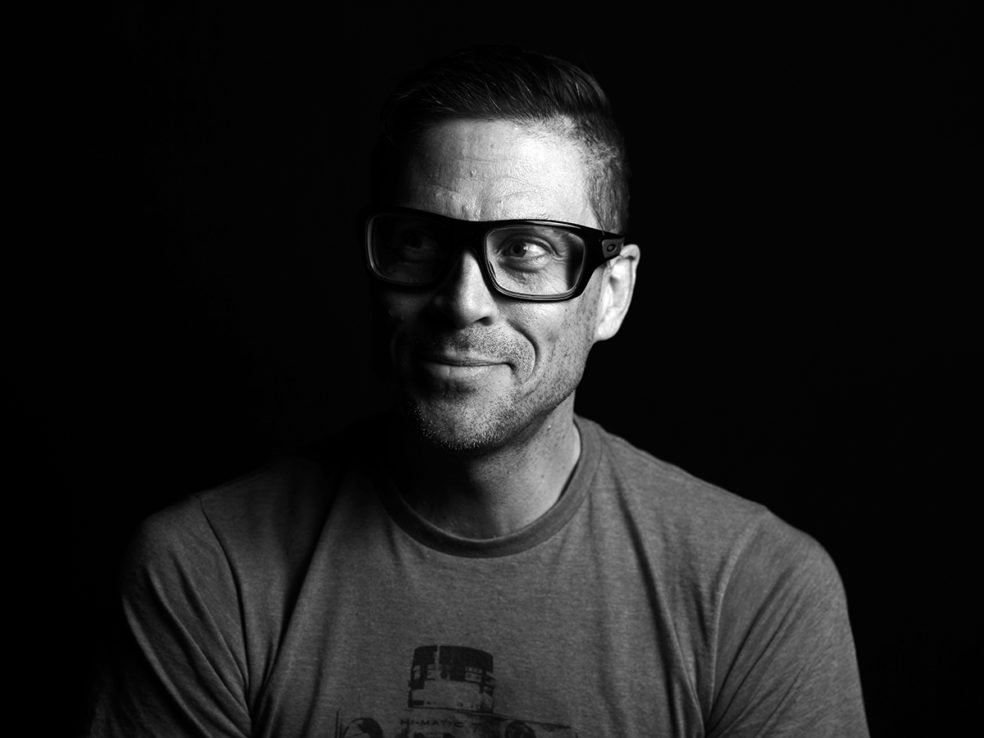 Enough about me, what do you think about me? My favorite subject, me, me, me. Now, in all honesty, I very, very rarely make pictures of myself. My generation pointed their cameras out into the world, not the other way around. We weren’t the story. I still remember in photography school, Photo 305 I think it was, the dreaded self-portrait assignment that nearly caused a revolution. With a 4×5 no less. NOBODY wanted to do this assignment. We shrieked, got drunk, cursed and had wild, unprotected relations with barnyard animals. Nothing worked. We were told to stop bitching and get on with it. So…we…did.

But this ain’t no selfie. This is a portrait. Rick Elder is to blame. Director at Beyond Clothing, photographer, dad and liver of one interesting life. Rick is also senior co-editor of AG23. We are partners in editing crime. I have to hand it to Rick. I’m busy. Always. But he is so much busier than I have ever been and he manages to do everything, all the time, and do it well. Just as an example, he can shoot a portrait, host an event, break up a fight, feed a tiger and then look at and comprehend a spreadsheet while explaining how to survive in -40 temperatures. If you think I’m exaggerating you would be incorrect.

So a few months ago, at an event, out comes the black Pelican case, out comes the portable light and out comes the Fuji 50R with some antique battle lens on the front. The lens looked like something a sailor from the 1500s would have used to navigate. Then he tricks me. “Hey, sit there for a minute,” the old portrait trap. BLAM. He nailed me.

I say this because so many photographers I talk to find reasons NOT to make work. Hell, I’ve done this a hundred times myself but those reasons we invent aren’t often that valid. Just shoot. That’s all. Just shoot.

And to Rick, thanks for the pic.