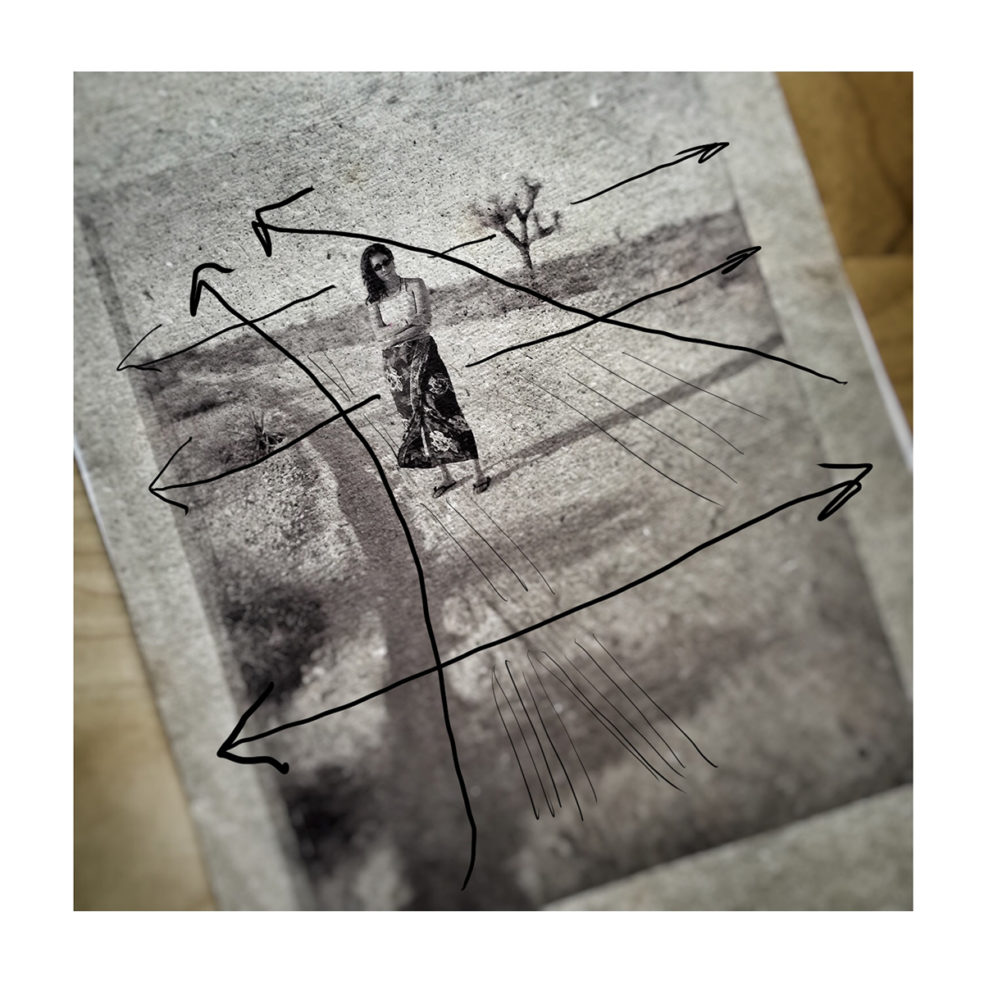 Quick post here people. This was made during my Los Angeles days. I was riding a 600v twin Honda Transalp during those days, like an idiot. Los Angeles is my least favorite major city on the planet and a truly horrible place to ride a motorcycle. I was involved in two accidents and had more near-death experiences than I can remember. They became so common they wouldn’t even get my blood up which is ultimately why I sold the bike. I knew the ending would be bad.

But the California desert WAS a great place to ride, and this was pre-Instagram so places like where this image was made had yet to be overrun by the fame-seeking horde of talentless, screen-addicted children. Ouch. It feels good to write this because I know it’s true.

This image works in my mind for a variety of reasons. First, this was shot with 4×5 film in a Crown Graphic, but that is not why this image is solid. Just because an image is made with film has no relevance as to whether it is solid or not. (Yes, I’m speaking to you film geeks who obsess over things like old, Canon F1 bodies.) It’s just material. Now, the 4×5 is part of the solidness. The 4×5 provides a specific look that is very different from say a Leica or a Sony or a Zupperflex 5000 SUX. This is why I chose the Crown as my weapon of choice. Now, a digital 4×5 equivalent will provide much the same look, so again, don’t get distracted by the film.

What also makes the images is the sidelight, which is not quite sundown but in the fading part of the day. This light casts the shadow off my wife adding to the midground of the image. Also, think about her placement on the road and the direction of the road. The tire tracks and tread marks all heading in the same direction and allowing the viewer to look where I want them to look.

Finally, the lone Joshua tree in the background soft but identifiable. Now, another lesson to be learned. I shot exactly one frame of this. That’s another wonderful thing about 4×5. The system is painfully slow. I’m fortunate that I arrived in photography during the film era and have been able to continue this mentality in regard to exposure count. Last week I shot five portraits in one day and shot no more than thirty-frames of any of the people I photographed. Why would I need more?