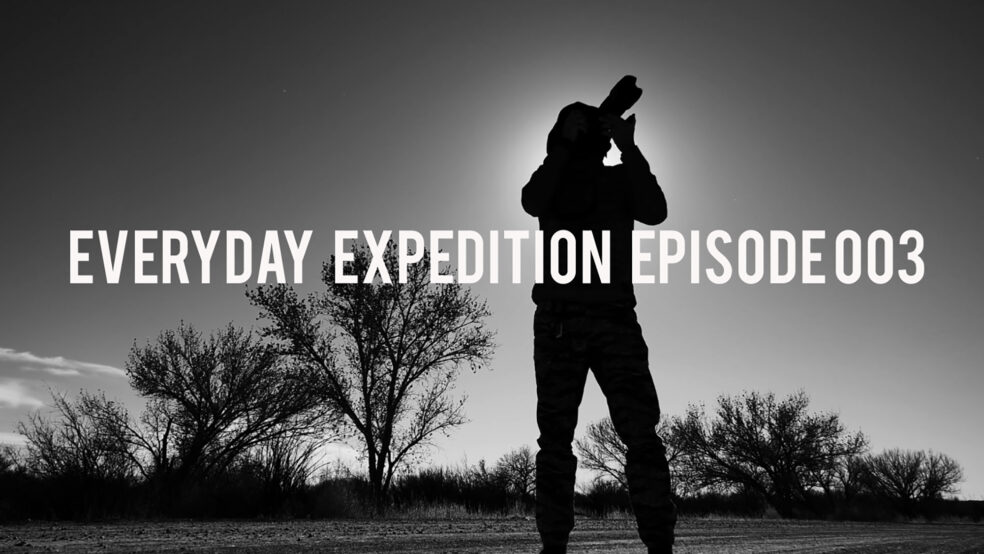 My goal on this expedition was to photograph Sandhill cranes at their wintering grounds of Bosque del Apache in Southern New Mexico.

The movie clip came via text message from my brother. Small, unstable, and in color. “Mom wants to spread dad’s ashes, right now.” There was no discussion, no plan, just “She wants to do this now,” and with that my brother, who happened to be visiting my mother at the time, was on the hook to make it happen.

The next film came seconds later. The phone, shaky and uncertain in my 83-year-old mother’s hands, pointed into the harsh South Texas sun. My brother, backlit, stood holding the urn. “Mom, do you see yourself on the phone or do you see me? he asked. “I can see you,” she answered. “Okay, where do you want me to spread the ashes,” my brother asked. “Right there,” she said. “In that high grass where the deer come.”

Slowly and by tracing an invisible circle my brother began to slowly pour my father’s ashes out and onto the Earth. The dust and bone backlit and powdery as a slight wind carried my father away and into the far reaches of the cedar and mesquite. “Goodbye John,” my mom said into the camera. “Goodbye.”

Seeing my mother and brother spread my father’s ashes was jarring and forced me to shut down for several minutes as I began to process what I was seeing. Flashbacks of my father began filtering through my mind.

Duck hunting as a boy. My father with his shotgun and me with my BB gun. A wet dog at our side. He would bring coffee for himself and hot chocolate for me. I never remember once aiming at anything. It was about being together and being in the wild. Even as a young boy I would catch him staring at me, smiling and mouthing an unknown dialogue to himself. Was he proud? Was he fearful?

As I got older our relationship changed, as they tend to do, as we spent more and more time apart. I obsessed with photography and he doing what he could to coexist with my mother while slowly falling prey to the demons taking over his body and mind. And when he finally decided to leave us that fateful day in South Florida, it was my wife and I standing over him trying and failing to bring him back.

Being human is to be in perpetual motion, perpetual transition. Bipedal batteries with a specific shelf life, give or take. But we are not alone. After gathering myself I slid back the side door on the van and stared out into the glaring void of a New Mexico winter day. A camera locked and loaded between my knees, and another around my neck, the distraction machine that has consumed me for nearly three decades.

Out before me were hundreds of thousands of cranes and geese jostling for position in their winter grounds. Deafening noise of hundreds of thousands of avian voices ringing out all at once saying we too are on the move, unsettled, temporary. Late light splintering through high clouds. Cold wind chapping the edges of my exposed face. There is no place I would rather be and no place that would make my father happier.

As the day passed and the sun fell low in the sky, more fellow humans began to emerge. City people, country people, and visitors from here and there, all masked and staring upward at the spectacle that nature was providing. All of us, in transition through the year of C19. Learning our way as we bounce off the right and wrong of a new existence.

You might think the mask was negative or a hassle, but this was not the case because behind every mask was a face of wonder staring at the natural world evolving in front of our very eyes. Yes, these are challenging times. Yes, we are suffering but that is what we do. We adapt, we learn, and we move on, and we will win, eventually.

Aren’t we the lucky ones? Isn’t this life of transition a sight to behold? Even if just for a moment take the time to ponder this life and this planet of ours. And if you know someone suffering then reach out. Ask, learn, listen, help. We are stronger together. Change is coming, again.