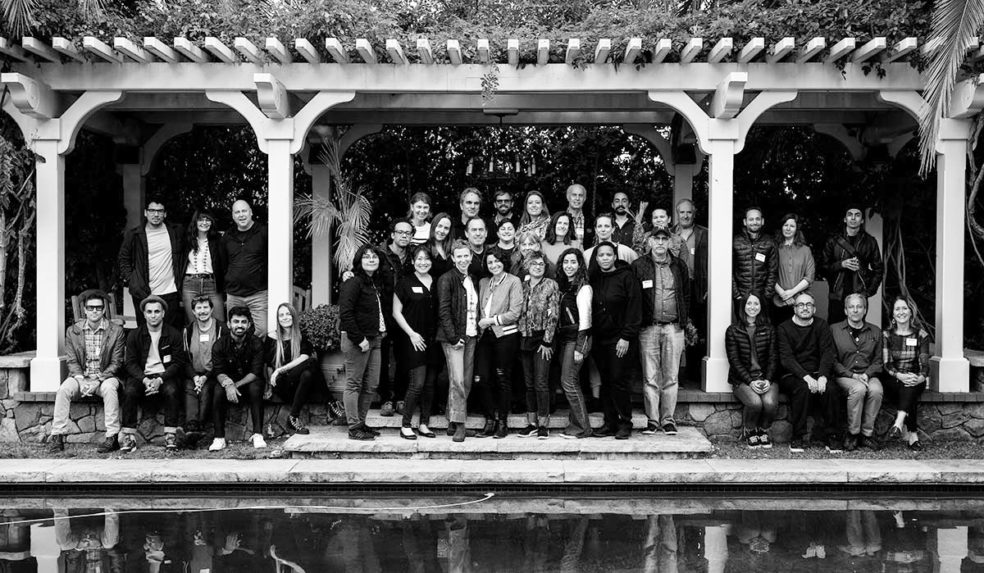 Okay, time for a recap. I am just home from the Catchlight Retreat. For those of you interested in photography, storytelling, new media, and intellectually provocative learnings, well, you should know Catchlight.

A few names of note to take away with you, and I am only scratching the surface here. First off, these images were made by Christopher Michel. Christopher spent a lot of time photographing the retreat and the attendees, so many thanks to him for taking the time to make these. You might know Christopher? He does a lot of work with Leica I believe, and if you look at his site you will see the kind of life he is living and the kind of image he is making. Oh, and he got a ride in a U2 spy plane which I’m insanely jealous of.

Okay, a few names and projects to take away. Alexandra Bell, a smart, talented conceptual artist who blew me away with a project called Counternarratives. I also found Pierre Terdjman, who is not only a photojournalist but also co-founded an organization called Dysturb, someone who is really pioneering. Just check out what Dysturb is doing. So smart. Film, still, copy, public art and even merchandise. Groups like this, to me, represent the future. And a point Pierre made during the week that I can’t agree with more. “It’s not enough to just make pictures.”

And let us not forget Tasneem Alsultan a Saudi photographer who has been focusing on Saudi women and their newfound freedoms within Saudi society. I thought her work was outstanding, and I think you are going to be seeing a lot more of her in the future. Another to note, Sparsh Ahuja who opened my mind to the 1947 separation of India and Pakistan and the forced migration of fourteen million people. I knew next to nothing about this but Sparsh’s program is creating a VR and oral history of this moment in time and allowing those who were displaced to return, via VR, to their childhood homes.

NONE of these projects are easy. None are fast. Projects like these require a level of work and commitment that most people can’t imagine. An overall message is desired and the tools to deliver that message might be narrow, wide or far-ranging and these folks have the talent and will to see it through.

I also want to note a presentation by David Campbell who spoke about solutions journalism. In an era of lunacy spawned by the idea of fake news, people like David are fighting an interesting and worthy battle to shape journalism in the modern era. Where was this when I was in photojournalism school? Also, on Sunday morning I gave a presentation to the entire group, which was entertaining. I’ve done talks like this many times, but it’s rare that I’m in front of such a high-level group so I did not want to waste anyone’s time. (I think it went well.)

A weekend like this is very rare for me, very rare. But a weekend like this can reset the brain, reset the heart and also allows for reflective time, something sorely lacking in our whirlwind lives. Time to think. Think about that. Get it? Think? Okay, I’ll stop. But my question is real. Unconnected, undiluted pure thought is so key for anyone who is creative. So thanks to the Catchlight staff for allowing me this time and inviting me to take part.