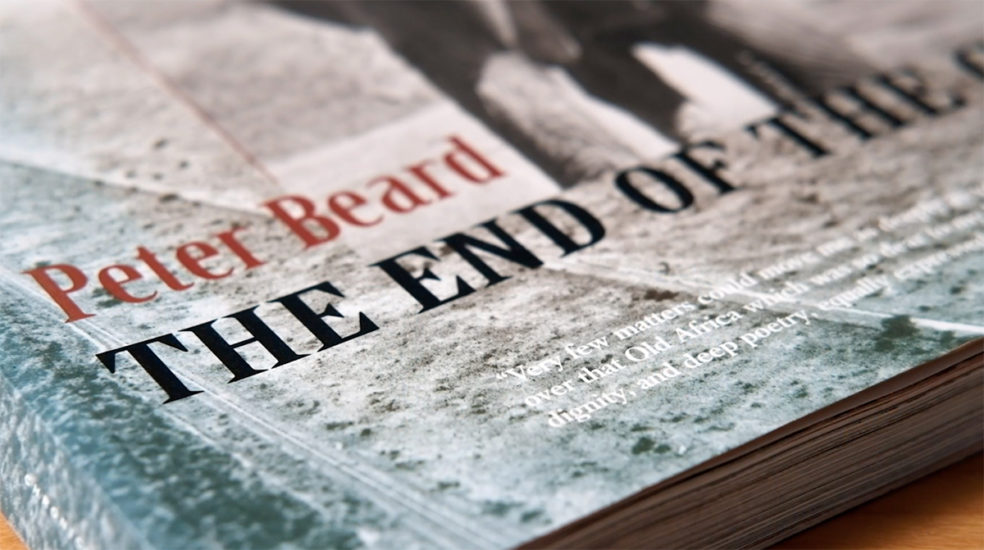 I discovered Peter Beard in 1993 while walking the stacks at the Phoenix Public Library. There he was, waiting for me. The Beard book tucked under my arm I walked home and knew my life had changed. Last month we lost an original with the passing of Beard who walked from his rural home and returned to nature.

Beard was many things. Diarist, conservationist, socialite, wild-man, eccentric, adventurer, and photographer although the camera was a mere means to an end and not something worthy of conversation, really. His catalog is extensive. Eyelids of Morning: The Mingled Destinies of Crocodiles and Men, Peter Beard’s Africa, The Adventures and Misadventures of Peter Beard in Africa, Zara’s Tales, Longing for Darkness: Kamante’s Tales from Out of Africa and the masterpiece “The End of the Game.”

Beard is also known for his artwork, both arguably the most incredible journals ever made and his massive prints covered in details and ever-changing fragments of copy, blood, imagery, and illustration. If you get a chance to see a Beard show, go.

The End of the Game documents the collision between man and nature. Africa, late 1950s to early 1960s. Tsavo Park and the “elephant issue.” But the book is far, far more. Personal history, African history, game history, conservation warning, and a window into who Beard would become. This is a book you can open from anywhere and have your mind peeled back. This is also the ONLY photography-related book I purchased for my father who was someone who never liked photography or photographers. Dad knew immediately what he was holding. The commitment, the range, and the originality.

Beard is a reminder you haven’t done shit. Think you have? Just crack this book and be prepared to be put in your safe, superficial place. (At least for most of us.) People like Beard are really the only people I’m interested in. (I’m old and jaded now.) His life and work encompassed so many things and was SO filled with, well, life. Toward the end, his cautionary tale was laced with reference to nature. How we have lost touch and need to find a way to get it back.

Beard is also a reminder that things aren’t perfect, people aren’t perfect but you lace up and join the fight, the fight of our species and others. Obtuse, colliding imperfection documented and detailed, balanced and blueprinted. There, now what are you going to do?