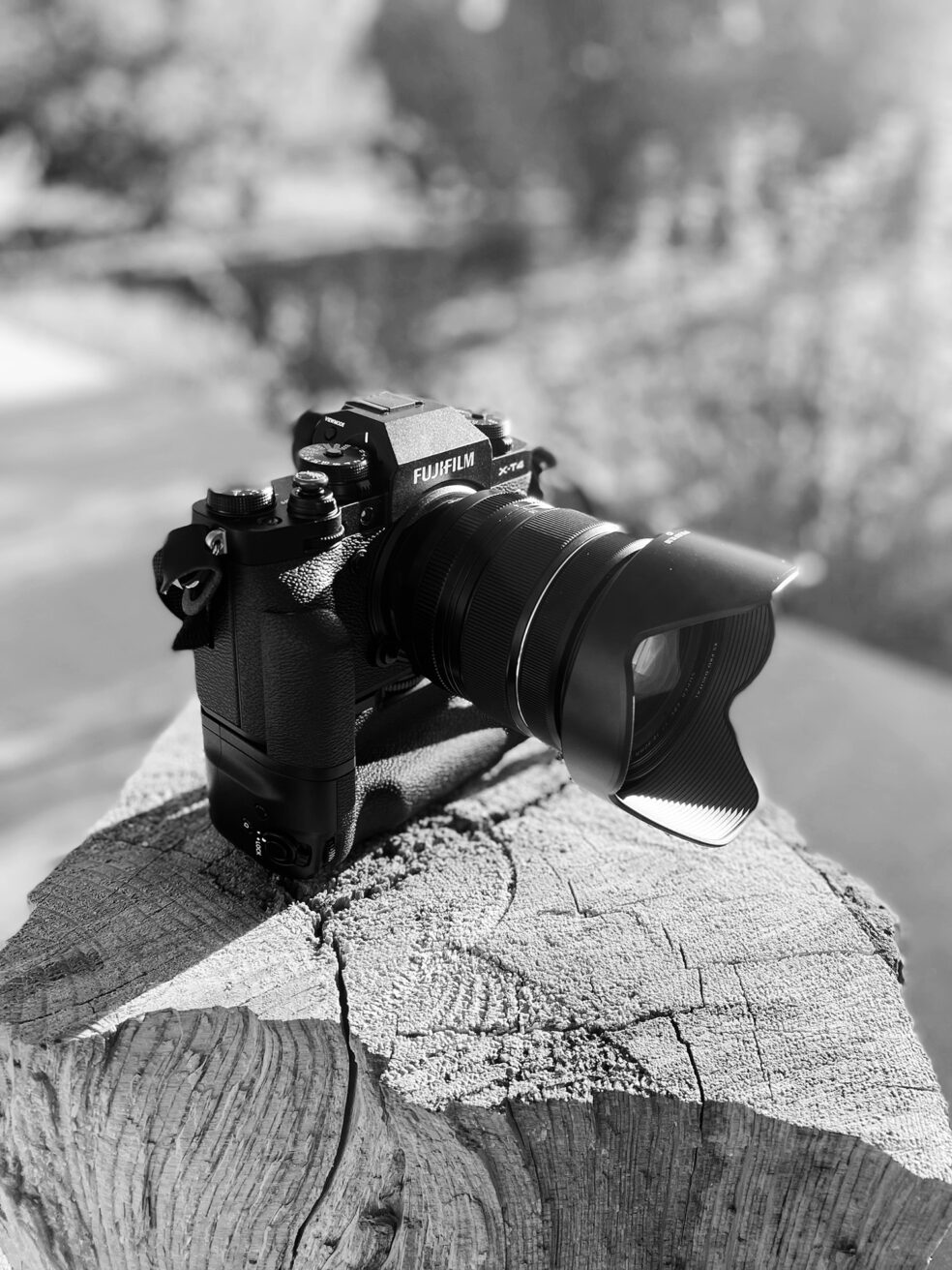 So, I ordered a camera. The very one you see here. When I opened the box, charged the batteries, attached the booster, filled it with premium unleaded, and fired it up I noticed that the focus was assigned to the back button instead of the shutter release. “Huh,” I thought. “That’s odd.” So I visited my trusty menu options and reassigned the focus to the shutter. Only one issue. It didn’t work.

I popped the battery. Reset the camera and tried again. Nada. Nothing. Only back button autofocus. My thought was “I used to use this all the time so I can probably get used to it.” But then I realized my wife was going to be using this as well and she prefers front button. So I popped the battery again and also reset for a second time. Nada. I then figured I had a bad body.

I reached out to Fujifilm and said “Hey, no major deal but I think this baby is tweaked.” I was planning on hitting the road in the coming days and not having this camera would be an issue. Not insurmountable by any means but a hassle. So I kept tinkering and low and behold I got it working. Third time was the charm.

We eventually got on the road and when I drove up to our intended destination there was a box waiting for me. A loaner camera. I was stunned. The camera beat me to the punch. I opened the box, fired it up, tested it with my camera, and felt things were totally fine my XT4. Package is now boxed and ready to send back to Fujifilm. Just wanted to give a shout out to the team at the Fujifilm Mothership.

When you use the equipment for your livelihood service is a real issue. I always have redundancy with my kit but knowing there is a solid foundation behind you is comforting. Most times my pack carries no less than six cameras and often that isn’t enough. Believe it or not. Sure, for me messing around working on a still project, a single body and lens, and my notebook, is all I need but those chances are so rare I can’t remember the last time I had that option.

Most creative days for me are fire drills of sorts where I am casting and collecting as wide a range of work as possible. Heck, I’m wearing a GoPro on my leopard thong as I write this. You can never have too much footage. So many thanks to Fujifilm for going above and beyond.