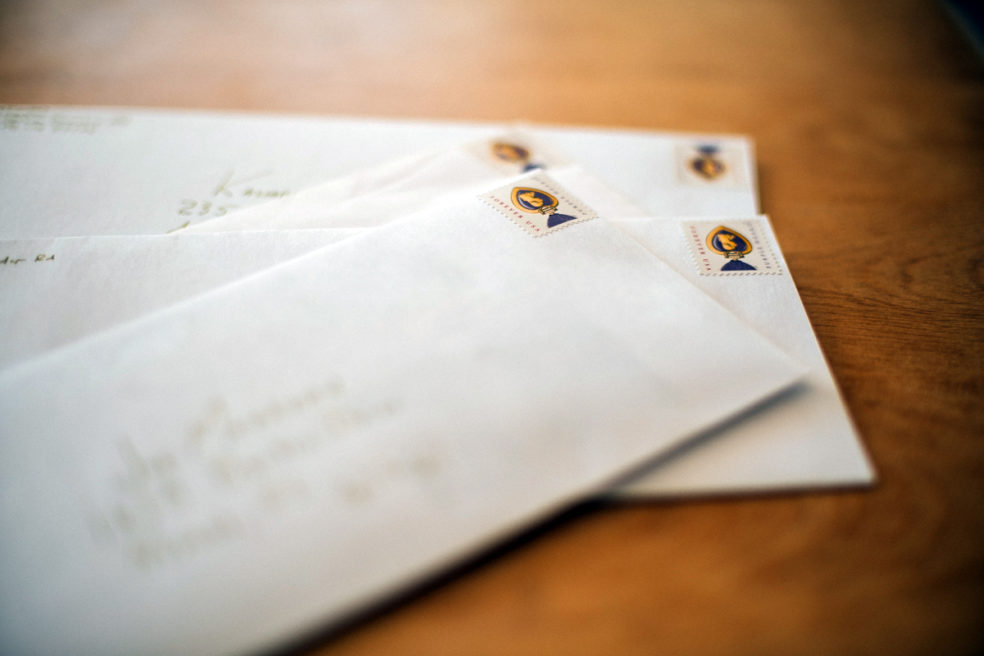 I guess you could call me that. Maybe. Let me start by saying this. I’ve been writing letters my entire life. I’ve always loved doing this and my guess is I always will. What others might view as painful, slow and logistically complicated I view as “Yes, all the above and these are the precise reasons I love it so much.”

T.E. Lawrence, after spending a year at the Paris Peace Accords of 1919 decided he needed to go back to Cairo to get his “war letters.” “Seven Pillars of Wisdom” had yet to be fully completed and he knew the letters were invaluable for the completion of the book, a book considered by many to be one of the best ever written. He took off in a new Royal Airforce bomber which promptly crashed on landing in Rome. Both the pilot and co-pilot were killed and Lawrence was injured.

He turned right around and got on another RAF bomber that had to make four, yes four, emergency landings before hitting Cairo and also had to fly over the Mediterranean which was no easy matter at that time. Just to get his letters.

Peter Beard is dead. It’s official, but just prior to his death I was reconnected with two old friends, via letter, and one new friend/artist, via letter all because of our combined love of all things Beard. Already in the mail, I’ve received letters from two of the three, one so beautiful and interesting I’m actually considering NOT opening it. (It’s incredible.)

The letter is the antithesis of modern culture. Slow. Time-consuming. Imperfect. Direct. Personal. Unique. The letter is everything I love about the world. I met a young photographer a few days ago, someone who reached out and asked if I would talk to her about photography as a career, or potential career. I told her, “I don’t want to know you on social media because I know it’s not you.” “I would rather talk to you via the telephone or better yet write you a letter because I know I am more likely to get the actual you and more likely to get your undivided attention.”

And for those of you tell me you don’t have time. Sorry, I don’t believe you. Cut social. Cut television. Done. There, you see, I solved it for you. I’m here to help. Finally, writing letters is actually enjoyable. It’s fun. And for some of you, it might be something you haven’t done in decades. And, I’m also guessing you might not have seen your own handwriting in ages either. (Mine is horrible.) All of these “new” discoveries waiting to happen.

Writing has always been a high-art for me. The highest of all. All you need to write is a pencil or pen and a piece of paper. And your imagination. You don’t need anything except what is inside your own head. Typically, a place of wild fascination, fear, and endless possibility.