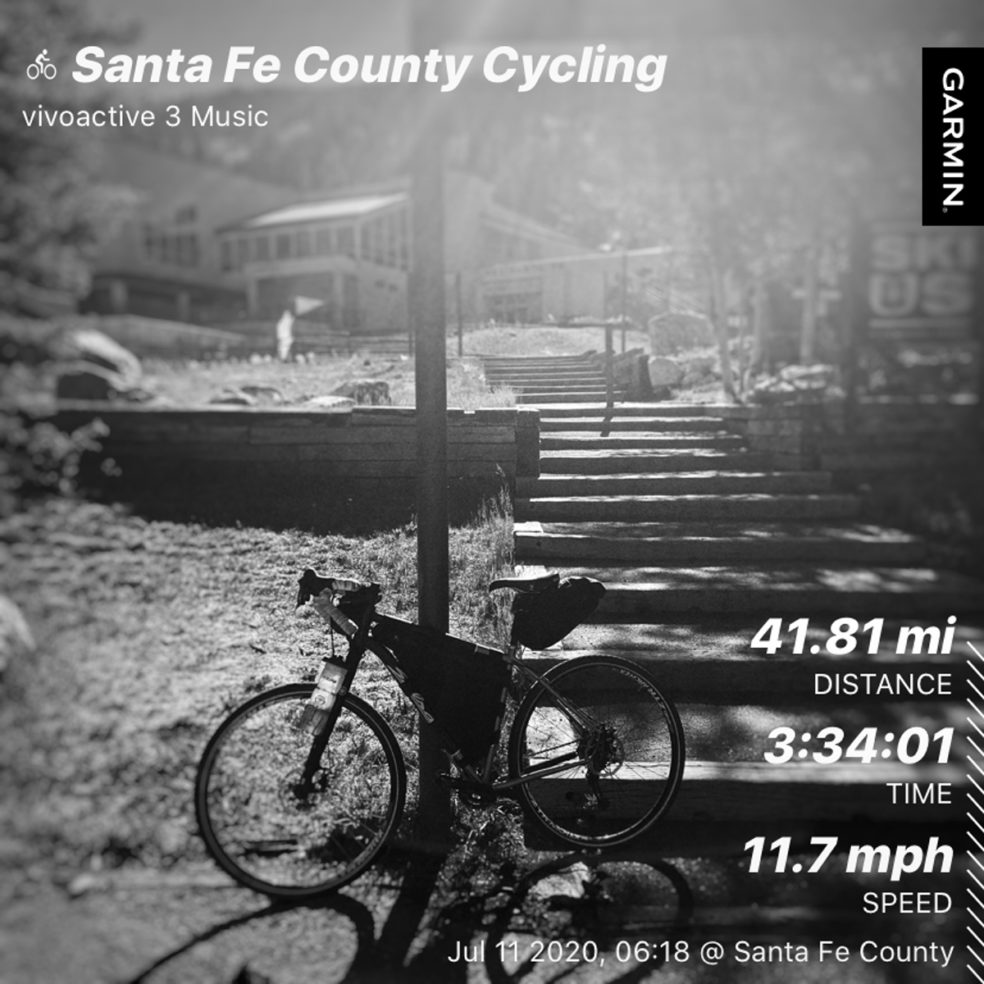 I would classify the Santa Fe Ski Basin as a classic area ride. I remember the first time I did this ride, back on my Trek 520 with front and rear racks and bar-end shifters. I’ve subsequently done this ride on every bike I’ve owned, which granted isn’t many, but the trend continues on my Salsa.

When I first did this ride I was nervous whether or not I could do it, which is odd because I was entirely healthy back then. Now, this ride is easy even on this day when I did not feel well on leaving the house and really didn’t start feeling well until the steepest section in the middle of the ride.

I think most people could do this ride, but the one thing that often gets overlooked is that you are starting at 7000 feet in elevation and ending at just over 10,000. To tell you how I’ve adapted, I was never short of breath the entire ride. That is what six months at elevation will do. It feels good.

What this ultimately means is the ride is more enjoyable. There was a huge beast of some sort that went crashing through the bushes. My guess was a bear but I never saw the beast. THAT was what spiked my heart rate.

And the best part? Going back down at 40+ mph. And I was taking it easy, sitting up, braking and I still topped 40mph. If you so desired you could probably hit 60mph. What slowed me? Cars, what else? Speaking of cars. The road was packed at 7 AM. I’ve never seen it this crowded and people were FLYING up the road. There were two moments where cars came dangerously close to me at probably twice the speed limit. Both times the cars had mountain bikes on the back, a trend I’ve noticed many times over the years. (They need to listen to reggae.)

Ten minutes from the house my phone rings and it’s my wife. “Do you want to ride with me now?” “Sure.” So I did.