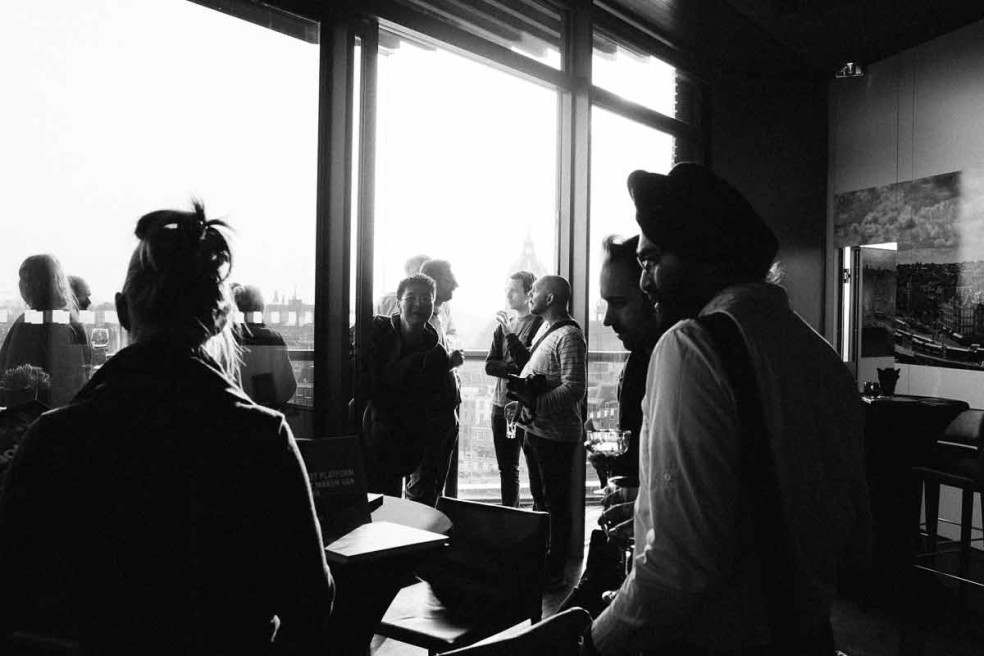 I didn’t intend to make this series of images, nor did I connect them until after the fact. A good metaphor for life maybe. Poor bugger. Yesterday was another nice day here. Bits of rain but mostly sun. Lots of computer time, but a chance for a short walk to lunch followed by a chance to present to the Amsterdam Photo Club. I love presenting. I use my “public” persona, the extravert model, serial number #38124. My public persona has a fast processor and huge buffer. He just keeps talking. Often times people think I’m going to talk about software, color management, etc., which frankly bores me to death. I talk about how to MAKE things, and how to MAKE things that different from what people expect. Oddly enough, photographers tend to be very conservative when it comes to their work, doing what they have seen done before, or doing what is hot at the moment, but the real pioneers of publishing try all kinds of things. Not everything works, but if you aren’t failing on a regular basis you aren’t really trying. We met in a location overlooking the entire city, near the Central Station. The light was beautiful, we had a private balcony and they even gave me a microphone, which makes #38124 really shine. The club members were fun because they were active and asked a lot of questions. Self-publishing can be complicated, so getting a chance to grill four Blurb employees at one time is indeed a good thing if the intricacies of putting your work in print are a high priority.

What’s odd is the real me has been running on 3-4 hours of sleep a night. Inside out on this trip for some reason, which would normally incapacitate the real me, and would even impact #38124’s hydraulic fluid reserves. I’m sure this will catch up with me, but until then I’ve got to embrace the silent stretches of night that push sleep to the edges of what’s possible.