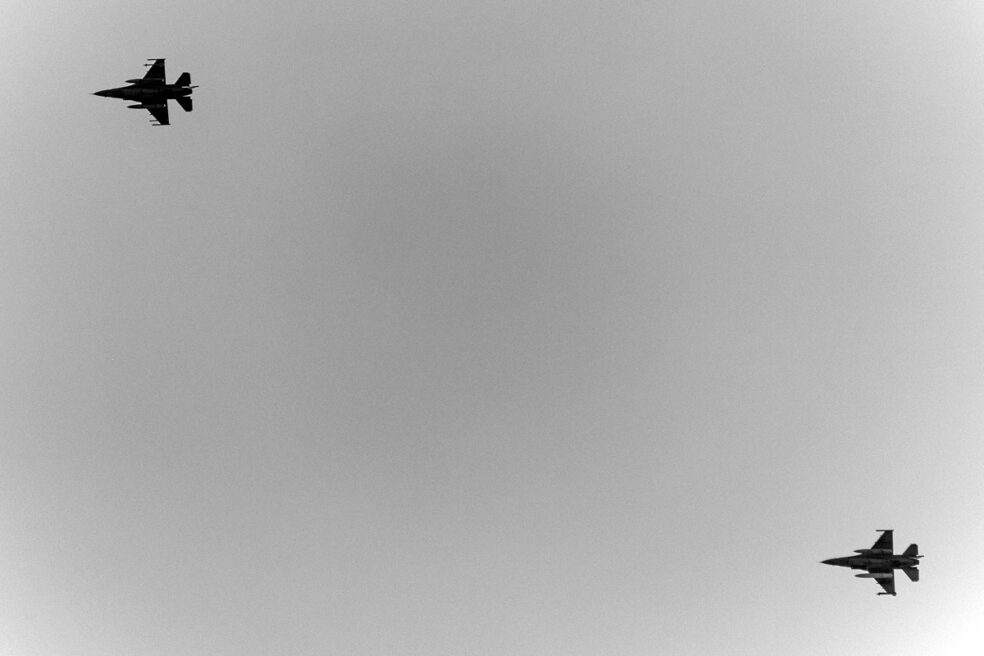 There is a very distinctive sound. Once you are familiar with the sound then you know what it is the moment you first hear the rumbling. The closest F18’s that I know of are far south at Holloman but this is the first time they have come this far north. (I think they are F18s?) There are other bases. And Holloman used to have a squadron of F35’s. Moved elsewhere to protect alternative oil fields perhaps. (Paul just informed me these are not F18’s. These are F16’s. Thanks, Paul.)

Four passes, low and slow. The mountains play tricks on sound. Bouncing, bouncing, and bouncing again and again. Anytime I’m near these beasts it reminds me of an image from the Soviet/Afghan war. Simply titled “Mig.” The image depicts an elderly Afghan fighter hiding inside of a hollowed-out bush with a single beam of light piercing the darkness. The beam is directly hitting the eye of the fighter and there is no doubt the look of concern. What would it feel like to be on foot, in war, with these beasts circling above? Once you hear the sound it’s too late.