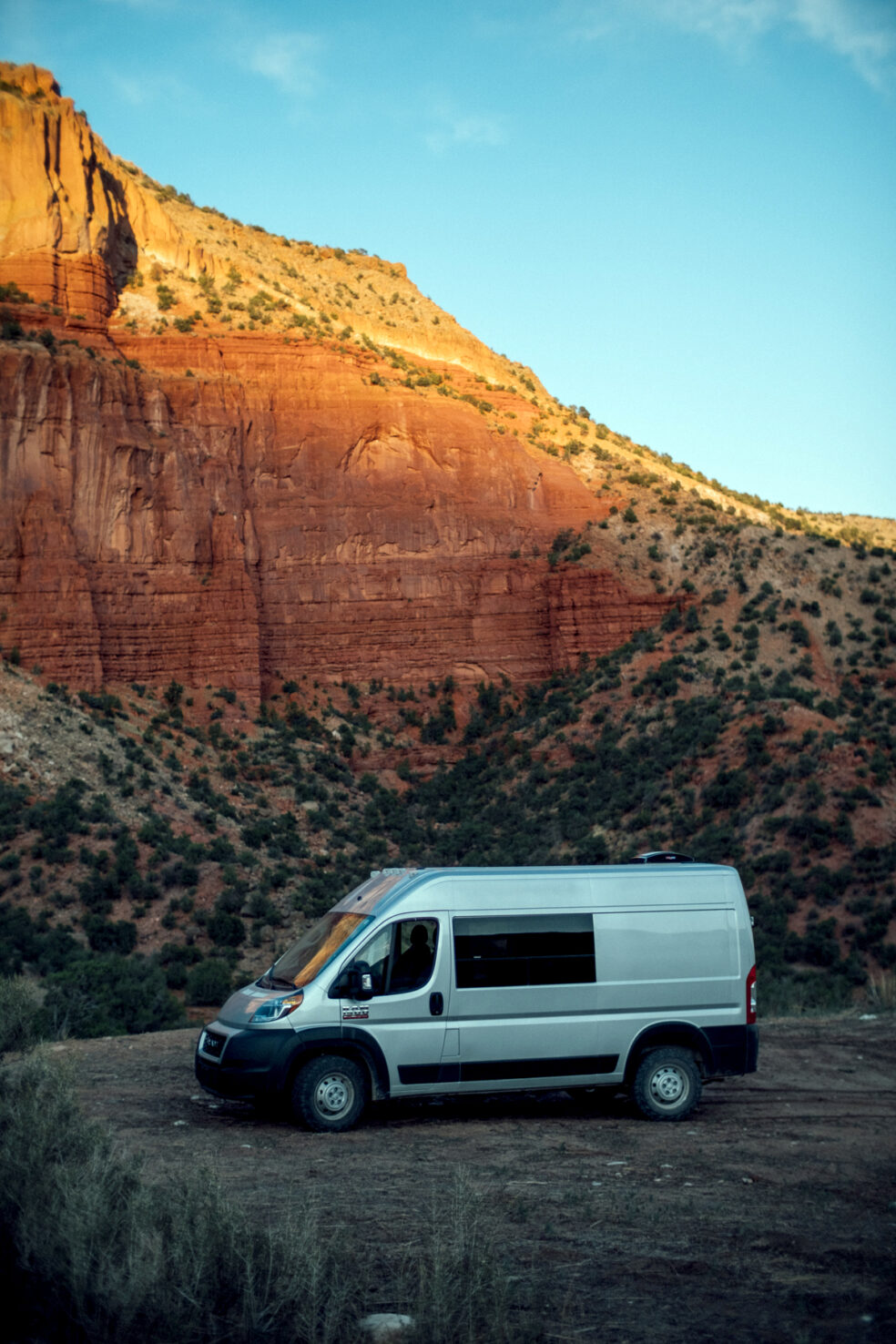 I don’t own a drone. “Not yet,” says a friend. But I do own a van. Why on Earth I did not own a van going back to my first car I do not know. I have no good explanation. Simply put, there is life before driving a van and life after. The van is self-contained, allows me to stand up inside, and has two work stations where I can produce my award-winning, life-changing, mind-bending content.

I think back to the Chevy S10 Blazer, the Mustang 5.0, and Landcruiser FJ60, the Civics, Prius, and even my Kodak machine-a black Pontiac Grand Prix with a bad electrical system- and I can’t believe I never settled on a van. My goal is to make up for lost time and for lost adventures.

DO NOT think for one second I will fall into the “VanLife” crowd and suddenly barrage you with posts about my van build and how I dance in backlit mountain meadows because my life is perfect and “blessed.” My life is a total mess, as is the inside of the van, but who cares? The van is about where you go and what you do and NOT about the van. A 2019, Dodge Promaster with Wayfarer kit.

My goal, if I can somehow make this work, which is a total long shot at this point, is to spend three days a week in the van, out and about, creating work. Motion, stills, audio, and copy. In addition, I will be making publications and films about all of it. Again, the van is a metal box with pointy parts here and there. It’s 2×2 but is now sporting BFG KO2’s, which I got JUST in the nick of time which brings me to this post. ADVENTURE. Short but sweet.

We KNEW how bad it would be if we ventured to the woods on a summer weekend. But it was still entirely shocking to see how Americans interface with nature. Imagine an incredible mountain valley. Imagine elk, deer, hawks, and endless songbirds. And now imagine burning it all to the ground with massive RV’s, huge parties, quads, Razor’s, dirt bikes and huge amounts of garbage being throw in what’s left of the river. You know those films about people clubbing harp seals with boat oars. Ya, that’s how I feel when I see Americans in nature.

On this particular day, we ended up driving for about six hours, searching for spaces without city dwellers, at one point driving forty miles of rough road into a remote section of backcountry only to find every single campsite overrun with what looked like extras from The Road Warrior. (The tires were awesome, and even with them I was pushing the van to the limit.)

Eventually, after nightfall and almost blasting into an elk at 50mph, we found our little piece of paradise. (Note to install a bull bar on the front of the van or roo bar for my Aussie amigos.)Not a single person around. Elk, deer, hawks, and endless songbirds in valley semi-recently scarred by fire. Up early, coffee in the van, filming and snapping as hawks hunted the valley. A sunrise hike up into the burn.