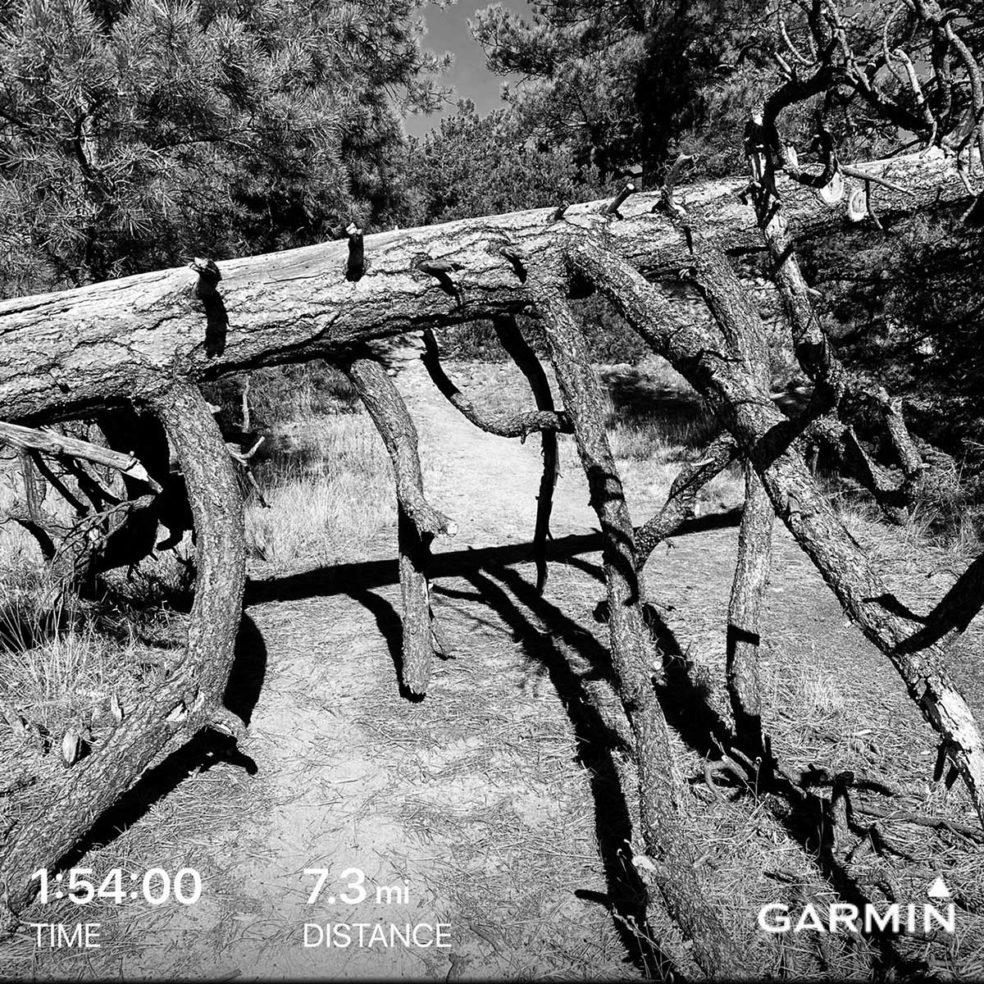 Time to stretch out the comfort zone. I just need to remind you of something. Roughly six years ago I contracted Lyme Disease which proceeded to absolutely kick my ass. Contrary to what you may or may not have heard from places like the CDC, Lyme is really fu%$%$# bad and FAR more common than the medical community admits. I’ve had a long list of illnesses in my life and Lyme is by far the worst. And when you consider I’ve had things like meningitis, this is saying something.

The point is this. For the first four years of my illness, my life was all about survival. My primary goal was to keep my job. Blurb went above and beyond to make sure I was okay, and the ONE time I was so bad I couldn’t function my boss walked into a hotel lobby in London, saw me across the room, walked over and said: “You no longer have any responsibility on this trip.” She could tell how bad I was from fifty feet away. They were THAT cool.

There were points when friends would come over and I would see their faces when they entered our house. Their faces were those of pure shock. I heard rumors that “Dan was dying.” Someone asked me if I was wearing black eyeliner.

Fast forward to Uncle Dan today and you are looking at a drastically different human being. I feel SO fortunate that I’m able to do what I do, but I still have to keep my little buddy in mind each and every time I push myself. Why? Because Lyme is notorious for coming and going, and when your body is stressed it can allow a path to form, a path for all things bad, including Lyme. And remember, there is no cure for Lyme. The goal? Asymptomatic.

So today I went for it. I went from running 1.5-3 mile runs to hitting a 7.5 mile run at elevation and over challenging terrain. So now I wait. I hammered the run, but when I say that don’t think for a second that I mean I was fast. I’m not fast. Not even remotely close. What I mean is I felt great. But here is the danger. What happens next.

Four years ago I could have done this run, and I might have even felt good. But the following day, or two days, or week would have been utter Hell. I would have been barely functional. And when I say barely functional just think questioning yourself about how much longer you want to live kind of thing. But, ever so slowly, over the years through diet, focus, meds, treatments, and luck I’ve been able to dig myself out. And now I want to see what tomorrow brings.

Sometimes I look in the mirror. The face I see staring back at me looks old. The face staring back looks like what my father should have looked like if I actually look remotely like my father, or either parent, which I don’t. (Pretty sure I was adopted.) I sometimes wonder how I went from young to old so quickly. And then I remember. Lyme. I’m a survivor and if you too have this disease, or one or several of the debilitating co-infections, then trust me when I say “It’s beatable.” Stay focused. Stay positive and reach for the light at the end of the tunnel. It’s there, you just might not be able to see it yet.

And for those of you who say “Oh, it’s no big deal,” well, you might be right. Some people who know they are bitten, who find a doctor who believes, who get treatment immediately and who have a solid immune system can get over Lyme rather quickly. Lyme is like your fingerprint. What strain, what coinfections, what immune system, what treatment, how long before treatment, etc. etc. There are so many angles to this disease it’s remarkable and I’ve heard just about all of them. I’ve also heard from many people who claim to have had Lyme, and who claim to have cured it with a variety of the strangest treatments you can imagine but NONE of these people were actually tested for Lyme. (A woman in LA told me she ate banana peels.)

This is the dangerous game and also what prompts organizations like the CDC to continue to hold to outdated statistics and outdated theories about Lyme that will keep Americans in the same camp. The camp of “Lyme is nondangerous, easily treatable and rare,” which has been the standard theme for decades. What was the FIRST thing my doctor said to me when I mentioned I thought I had Lyme? “You can’t Lyme in California,” which is something I STILL hear. (You can get Lyme in CA and many people do and have and a few years ago they found Lyme infected ticks in the parks in San Francisco.)

And Lyme is the tip of the tick iceberg. There are currently three more vector-borne illnesses that ticks are spreading rapidly around the country and over forty more illnesses associated with ticks. As I write this, cowboys ride our southern border on specially protected horses looking for “super-ticks” that are coming north on the backs of livestock. Last year in the Maine woods, moose were found sucked dry from tens of thousands of ticks which were no longer being killed off by deep winter.

This data should not stop you from investigating the natural world but you need to realize the severity of this disease. A few quick tips.

And for those of you still skeptical thing about this. An hour from now I will visit with a photographer I haven’t’ seen in a while. He was the person who said to my wife “Dan has Lyme, get him checked.” And, oh by, the way, both of his sisters have Lyme. Tomorrow I will spend a few hours with another photographer who moved to Santa Fe to get treatment for Lyme because he couldn’t find a doctor in his community who would treat him. In addition, my uncle just got bitten a few weeks ago and is in treatment. A friend from Wyoming called and said: “Hey, we have friends who both have it and can no longer work, are you willing to talk to them?” This disease is RAMPANT and only getting worse.