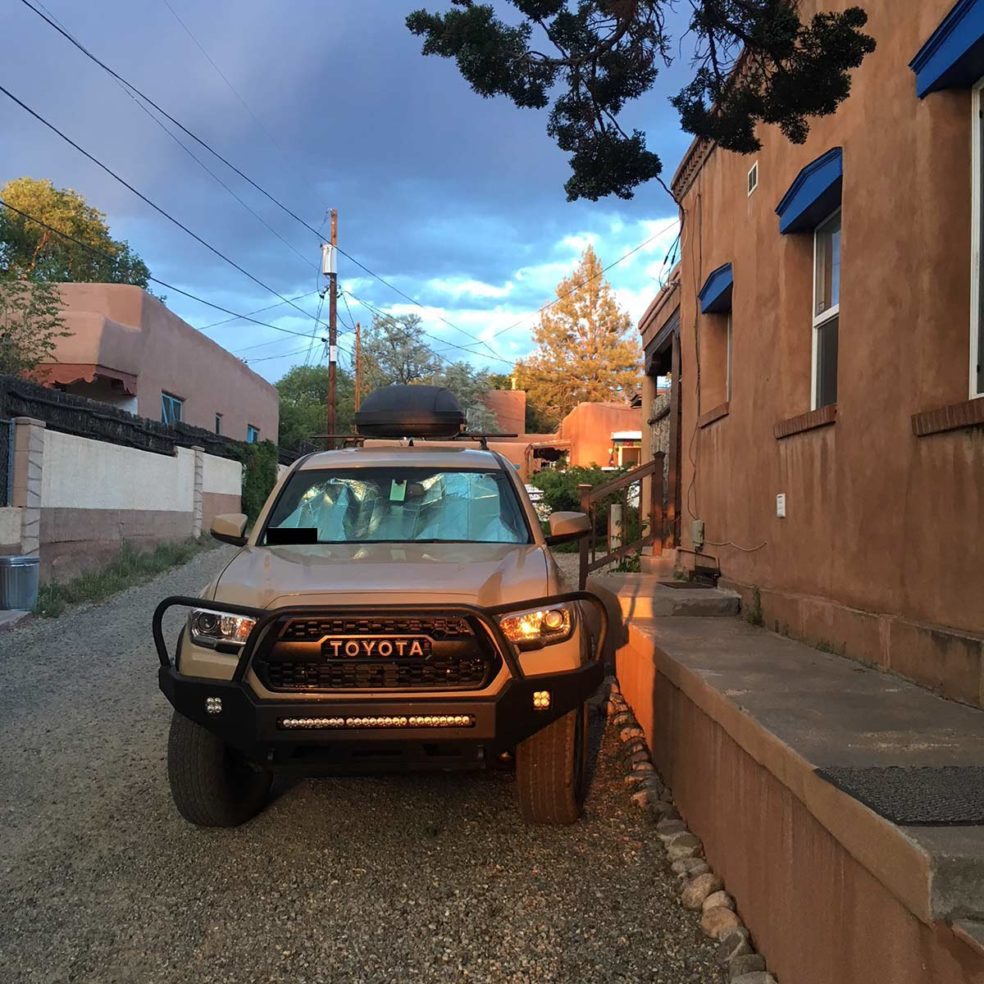 The Tacoma build is coming along nicely. Almost done actually. I know, I know, I’m never done, but I’m closer than you think. I’m not a total truck nut. Well, I am but it’s all about USING the truck that I’m a nut about. I’m not a guy that builds and builds and builds and then goes out rock crawling. Nothing wrong with that set, but I built the truck to USE the truck to get from A to B. And I travel alone. I’m not a caravan guy, or a club guy. Again, NOTHING wrong with these groups, but I grew up solo, and in the silence, so that is what I’m after. Most of the time that means driving long stretches of pavement followed by long stretches of dirt followed by stretches of bad dirt and finalized by long stretches on foot or on bike. It’s all about where the truck allows me to access.

Having said that, this rig will eventually go away. And depending on life events it might go sooner as opposed to later. My wife and I will be van people at some point, but don’t for ONE second thing we will be van life people. No, no, and no. We will be van people you will never see or hear unless you read this site. This is not my first Toyota pickup. I had a 1992 version that ran for 270,000 miles before we sold it. And the list of repairs included ONE taillight bulb. That’s it. This new version of the Toyota is better in some ways and worse in others. I’ll do a review at some point, but you know me, my review will pale in comparison to the real gear heads out there but I still think my view is valid.