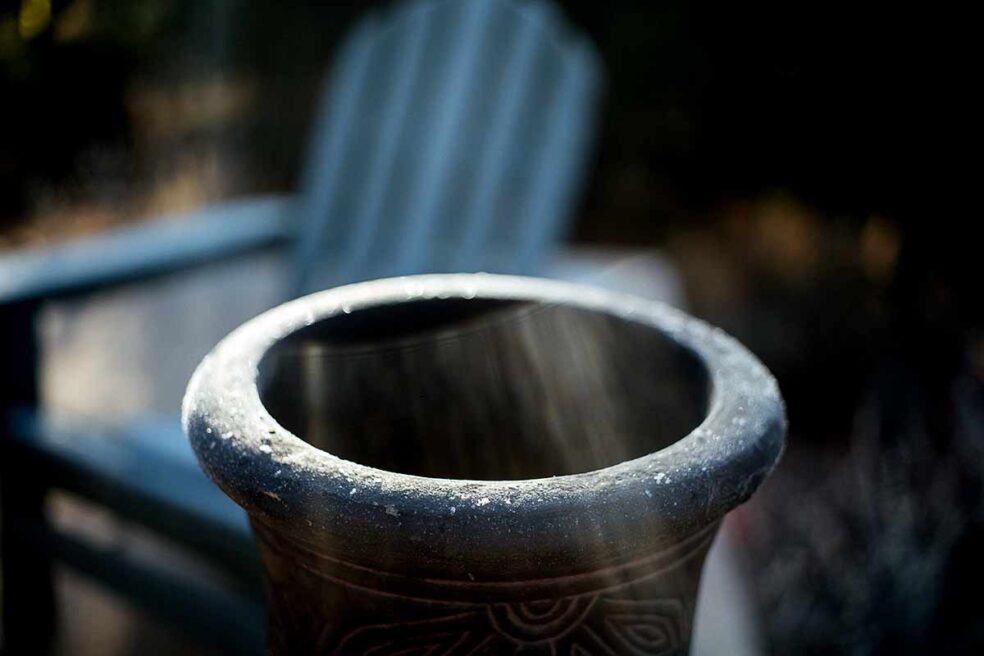 Old man winter has arrived. Frost, crisp-like edges busting life into the lungs. Frozen and jagged and burning at times. Particle eyelids and nosebleeds. Left alone with the sound of breath. A frozen veil exhaled then sucked in again. Backlit flare of the early morning. Undisturbed crystal kingdoms waiting for end times as the sun glares from behind the land.

There are only four seasons now. Never again a single, lone spade crushing then upturning the baked underneath. No, not again. Even with visions of the tropics, there will always be a return to the earn of pattern and rhythm of knowing change is here, now, and again.

Mechanical sounds and the smell of diesel. Work, hard work, and gloved hands of toil. Memories, yes, but a foreshadowing of the days ahead. Are we ready and prepared? Are we of concern or is it too late? Run your fingers along the path and watch as your standing as the individual becomes clear.

We are responsible. We are. But instead of the hard stick left with full afterburner, we must eject and merge once again with the truth that lives above and below. There will be exposure. There will be trust. But the reward is in need of a rewrite and where we must focus our energy.