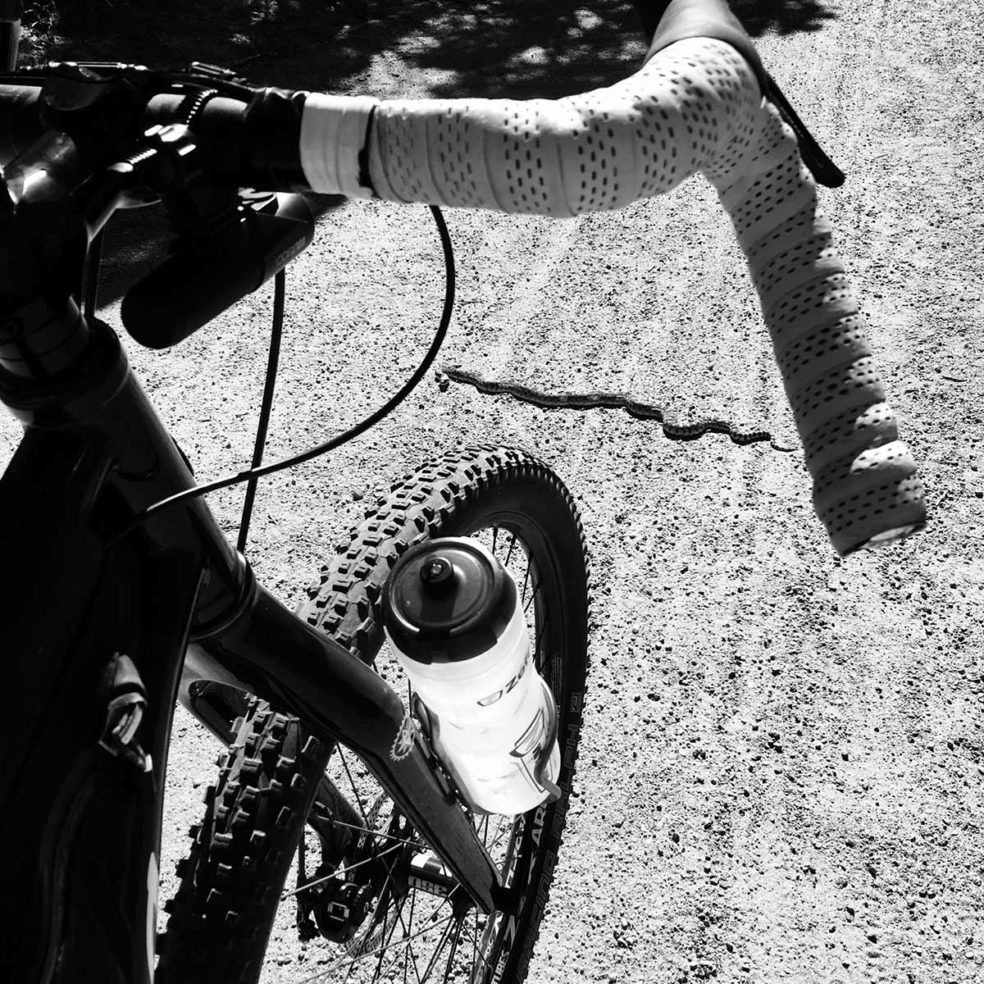 Mr. No Shoulders waiting for me to bunny hop him/her.

I screwed up. One trail for miles thinking it will connect with another. It doesn’t. So I backtrack the ten uphill miles to town, find the right trail and begin the ride southeast to Galisteo Basin. Lots and lots of critters on the trail which is developed near town then turns to singletrack and finally to just open land. My bike has no suspension but feels great and is smoother than you would expect. It’s like riding a road bike across mountain terrain. I come across lots of people with dogs but only two or three other bikers over the entire 38 miles. I’m feeling super strong for some reason. Entire distance on half a bottle and no food. Not even a Gu shot, but I do give one to the snake thinking the caffeine will give him/her a leg up on the day’s kill, and I secretly want it to get hooked on human food so I can then exploit it at a later date like a deer that hangs out at the gates of national park, strung out on pixie sticks and Gatorade, willing to pose for pictures or eliminate other animals for nothing more than a bag of Skittles. Soon I’m out of time and retrace my route back to the house. Later I eat a mound of Mexican food and never get full.

(PS: The snake shown was the SMALL one. Later I almost ran over a five foot long beast that could have easily drilled me, but it’s cold and they are moving slow, laying out perpendicular to the trail, so impossible to miss. Not angry, just cold.)