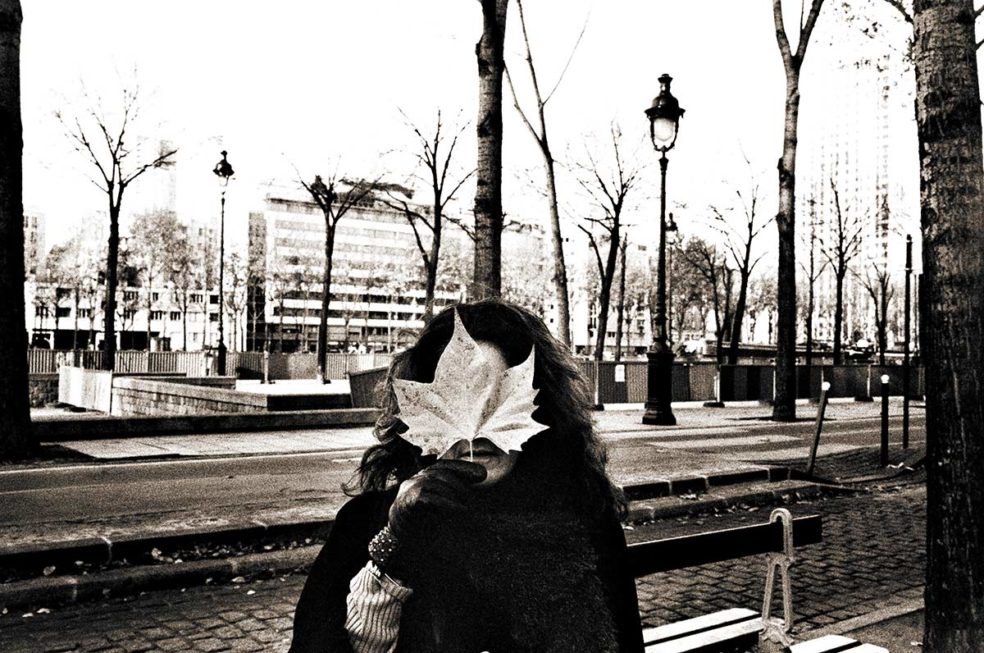 So I almost missed it. Truth be told. I almost forgot. That would have been bad, but survivable. You see, twenty-two years ago I met the only woman for me. The only one. There were others before this one, all of whom were/are good people, but when I met this one I knew within thirty minutes that this one was the one. And the odd part is that I had never once thought of marriage prior to meeting her. Never. Not a single time. Until thirty minutes into meeting this particular female specimen when the thought “This is who I’m going to spend my life with,” suddenly flashed into my tiny brain.

Sometimes I hide then jump out and scare her. I judge her mood before determining the level of fright I want to unleash on her. Her facial expressions during the peak moment of terror are why I do it. I know, I’m a jerk. It’s true, but I can’t stop myself, and the laugh we have after is always the perfect remedy for her wanting to temporarily exterminate me.

Sometimes I stare at her while she is sleeping. She sleeps easily, and deeper than any human being I’ve ever slept with. And I’ve slept with some deep sleepers. Not SLEPT with, but rather slept NEXT to or in proximity to. You know what I mean. Like the guy in Guatemala in a dollar a night hotel. He was on the other side of a plywood wall, and had a death rattle I listened to for hours. He seemed like a really deep sleeper. I thought he was dead at least a dozen times, but then he materialized at the hotel breakfast, no worse for the wear. My brother is also a deep sleeper. Nephew is the same. My brother says he wakes up “one cell at a time.” But none sleep deeper than my little wifey. So deep that every single line on her face, yes she will hate me saying this, entirely goes away. It means she sleeps so deep her DNA is asleep. I watch her eyes move beneath closed lids. I watch her fingers move as she navigates the dream world. And then she snores and I wish I was married to someone else.(half joking.) What I love about marriage is how unnatural it is. I think for most people marriage is unfair and unrealistic, and I think we should all be far more transparent with the highs and lows. Human being were not meant to be together forever. It’s a modern human mistake that many of us have bought into. But sometimes it works. And what I find intriguing is that marriage was evidence, for me anyway, that I loved someone else more than myself. I think about her more than I think about myself. I wonder about her more than I wonder about myself. I feel her pain more than my own. I know her weaknesses. I know her strengths. I know her truth and her less-than-truths, and I know that she knows that I know.

My wife speaks a unique version of English. She gets excited, and those of you who know her know what I mean. I once translated a gutteral noise she made, and NAILED the translation to such a degree it took her five miles of driving to stop laughing, and all she could get out was “That was exactly what I meant.” Just a cave woman growl and I knew what she meant. That comes from love, from time, from patience, from inflection and from longing.

My wife is the better half of our equation. I’m a wildcard, I fly by the seat of my pants. No, wait, that’s a line from Top Gun. Sorry. But she is the better half. She brings the friends, the party, the positivity, which is the perfect compliment to my loner soul, my need for isolation and my intense moodiness that comes with the need to create.

I think a mate is the key to unlocking who we really are. Not everyone needs a mate, but many do. The key begins with vulnerability. My wife actually knows me, at least as much as one human can know another. There is always the intangible of the human experience. This is why we have prison, the Olympics and The Thigh Master, but I digress.

I often tell my wife that I’ll be dead before her. That she will thrive without me. I actually mean this, but not in a morbid way, just a realistic way. Women live longer, age gracefully. Men are pigs and we get knarled and just give out like a rickety bridge. A pool of transmission fluid and one of those giant orange stickers on the driver’s side window saying “You can’t leave your car(body) here.”

So I’m going to enjoy my good fortune. I’m going to enjoy the fact that I chose her and she chose me, and we’ve somehow made it work. Today as I walked upstream in the Chama I thought of her and wondered what she would think of this place. I daydreamed of her, knowing she would have immediately started to swim instead of fish. I knew she would have packed the car with more gear than we could have used in ten trips. I knew she would have caught fish but wouldn’t have acknowledged it until I said “You know you have a fish on?” Midday, midstream I looked up at the clouds, at the stone formations and closed my eyes. The cold river around my legs, and I knew.

She was in the wind, and with me.