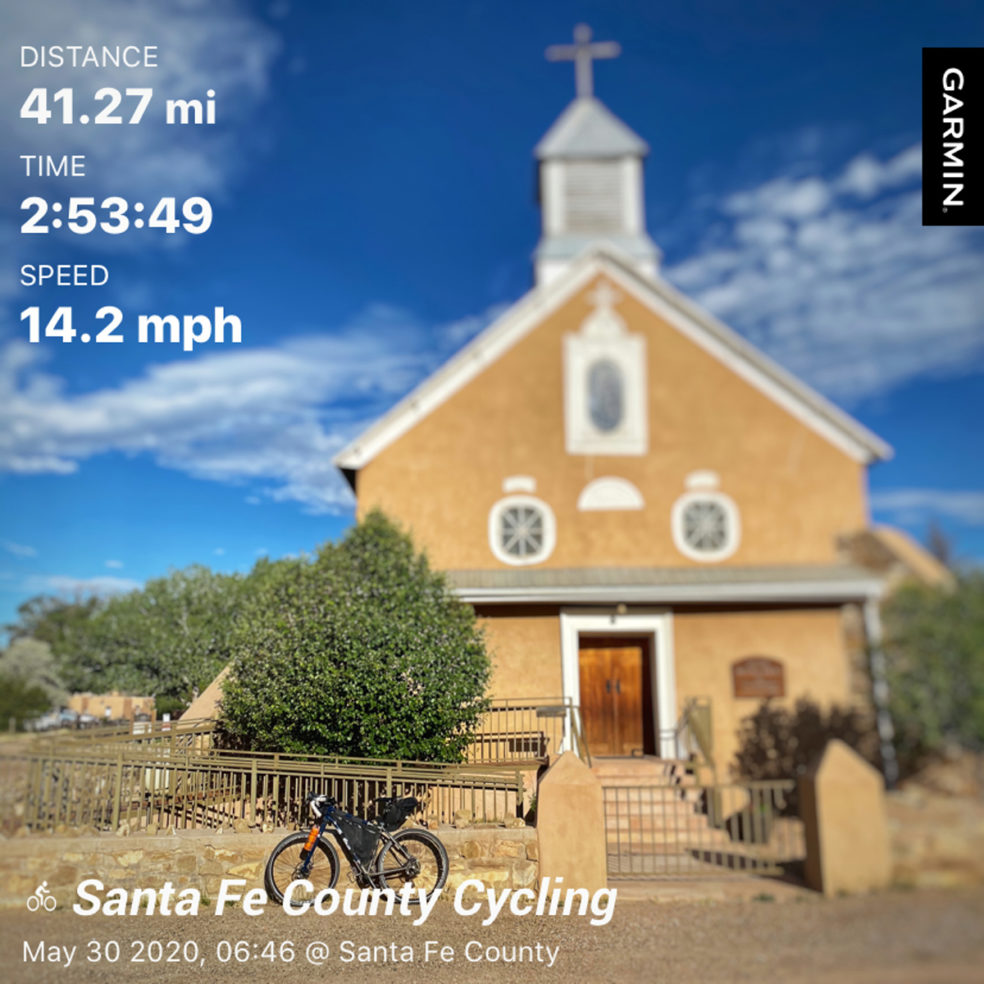 Got it. All I can say is “maybe.” Think of me as the player to be named later. I might see action or I might not. So much up in the air as of now. The virus, life in general, the van, plans for late summer. Virus plans and non-virus plans, but all mostly likely NOT to happen as the country tries its best to pretend things are normal.

And my health. Could be good, could be just okay, and just okay doesn’t work for a solid week of riding. Sure, I can typically go full gas for one ride, and when I say “full gas,” I don’t mean fast. I’m not fast, not even close. I just mean I can gut it out. I’ve reached a level with riding where I can somewhat bury myself on a ride, then recover and go again. The problem typically comes when I stop. Brain fog, fatigue, pain.

So on Saturday, I woke up and thought, “Seventy fives miles…hmm….at 8000 feet.” Got up at 5 AM. Coffee and read.(Try to never break this routine.) Oatmeal, almond butter, and honey. Twenty-four ounces of water. One bottle of coconut water, one with Scratch Labs nestled nicely on the bike.

South toward Lamy and Galisteo. BEAUTIFUL morning. Sun cresting the Sangres. Idiots driving eighty plus on the small rural roads. Impossible to get a speeding ticket in Santa Fe County. Impossible, so glances over my shoulder are normal, always keeping an escape route on tap in case I need to bail. Wind at my back, slight.

Into Galisteo just as a guy in a white pickup comes through town at one hundred plus straddling the centerline. I look up to the 30mph speed limit and laugh. No rules here. I stop, photograph the bike in front of the church then head back toward Lamy and the abandoned train station. Then back into Santa Fe.

Amy wants to ride, so we go. Another twelve. Fifty three total. Not fast, just bouncing out of zone three and four. A small snack. Once home I wait for the crash. I wait for the brain fog but it never comes. My eyes and brain are ALERT, and for me to feel this way is uncommon. It’s magical. “You must be wiped,” she says. “No, I’m not,” I reply. “I feel great.”

A sense of guilt arises. Why me? Why now? Am I supposed to feel like this? Is this “normal?” My brain thinks of September. “I could do it now,” I think. Screw it. Just ride.