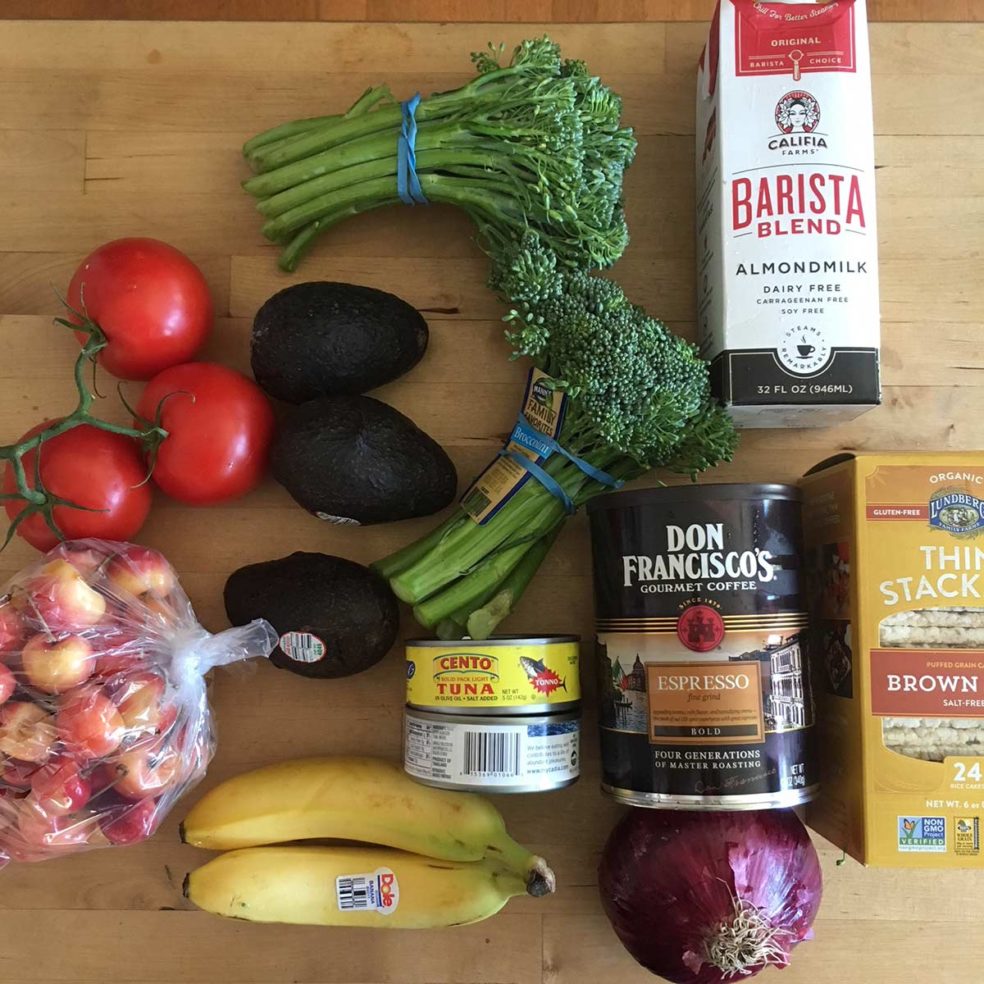 You might be asking “Milnor, what the Hell does a bunch of food have to do with adventure?” So insightful. Great question. Guess what? I’m going to tell you. My truck is currently sitting in the long-term parking lot in Albuquerque. In the back of my truck are my bikes. I, however, am sitting in Southern California. No car. No bikes. Well, I do have a last resort bike, which is a single-speed mountain bike conversion, and something that works for basic transportation, but something that does not work for any significant riding.

I have basic needs. Food, water. So, when it came time to go get food I found myself in the unfamiliar position of “Oh, how am I going to do this?” Normally, depending on the amount of food required, I would either hop in the truck or hop on the bike and get it done. But now I was faced with a different option. Walking.

Here’s the thing about Orange County. This is the least proactive community you will ever find. There is more opportunity for being proactive than just about anywhere else but the population is, at least on the westside of the I405, rich, white, entitled, defiant and conservative. So walking to get food is not only a rare happening but also something that can be viewed with subversive contempt. The main idea here is to amass wealth, buy new cars and houses and then try to keep anyone else from getting the same shit.

Walk anywhere at anytime and you are met with a constant stare, gaping mouths, finger pointing and “Oh my God look at that loser,” type of attitude from children driving $100,000 cars and SUVs. I once had an old, white, Newport Beach resident, someone who looked a lot like Judge Smails from Caddyshack who gave us this amazing line, “I’ve sentenced boys younger than you to the gas chamber. Didn’t want to do it. I felt I owed it to them.” This man yelled at me after he discovered I had ridden my bike to buy food. He screamed I had no right to be on the road, and apparently my shopping by bike had cracked the foundation of his entire belief system which was probably “get rich as fast as possible, build an enormous house, then build an enormous fence and keep everyone else out.”

So yesterday I packed up my trusty Cotopaxi daypack and started walking. Now, there is a local market less than a mile from my house, which is where I bought this assortment of stuff. It all fit PERFECTLY in my pack, and due to this being California the price came in just under $53,000. Walk, shop, pack, walk, unpack, eat. This was REALLY easy, and after you do it once you realize this is what most of us should be doing all the time. But somehow we don’t. Over 50% of all car trips in the US are under five miles, but yet we don’t ride and we don’t walk.

Leaving my belongings in another state was a GREAT way to not have an option. Sure, I could have used Uber or borrowed a car, hitched a ride, etc. But why? And don’t go giving excuses of “It’s too hot,” or “I don’t have the time.” Just take all that shit time you spend on Instagram and use it for walking, and don’t be afraid to sweat. One of the most successful people I know lives in Houston with no car!! Yes, you read that correctly…HOUSTON.

I know that many of you are conservation minded, are proactive and are probably doing this now. Good on ya. Keep it up. I think one of the issues with conservation is that there is a tremendous lack of humor on both sides, and the messengers of the past don’t work for the politics of today. I once went to a meeting of the Newport Beach city council when they were discussing creating bike paths and realized within about two minutes that these rich, isolated, out-of-touch people who didn’t actually ride bicycles had ZERO interest in actually improving the situation, and even if they did the red tape was beyond repair. It was then I made the decision to leave this place as soon as humanly possible and find a place that at least had a vision for the future. But until then I’m going to make the walk to shop movement the norm and not the exception. And for those of you who are thinking “Damnit Milnor, you didn’t take this food adventure nonsense far enough.” Well, this last image is for you. There is ALWAYS another level.