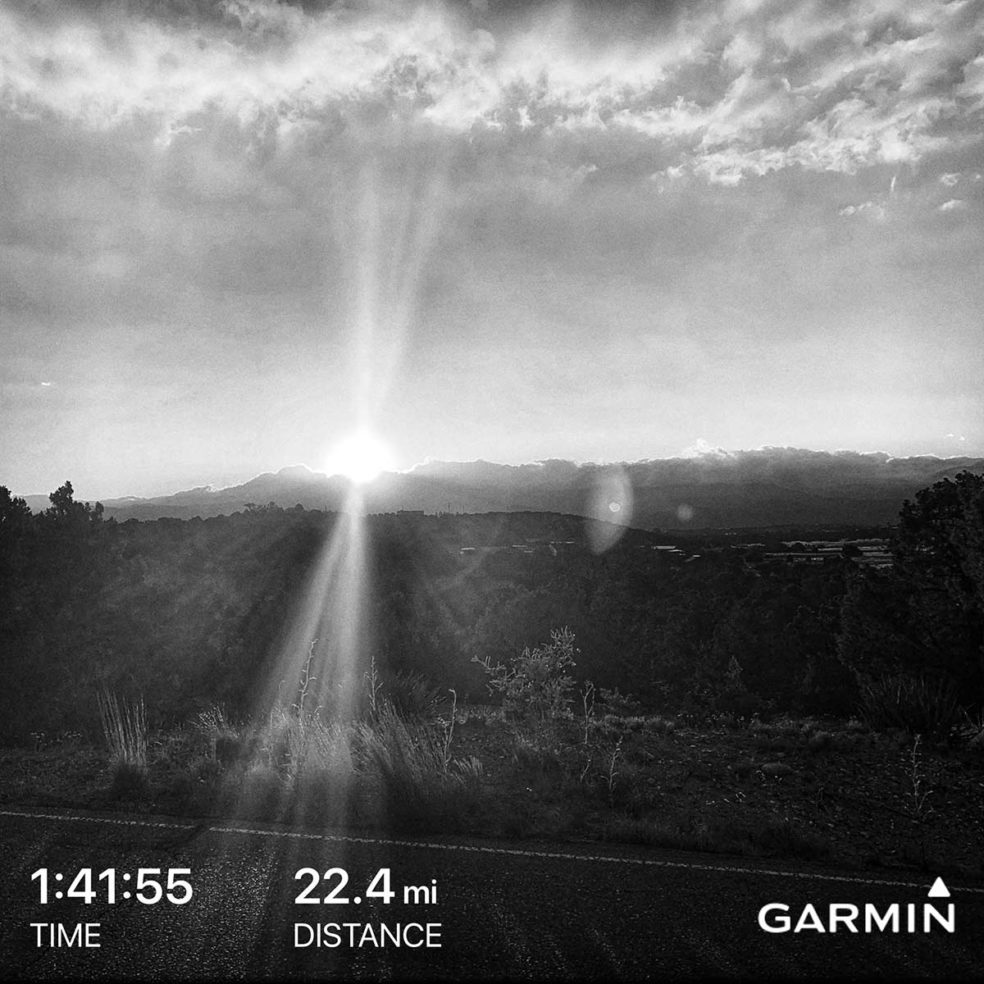 Sure, I’ve been here for years, but this was the first ride as a full-time New Mexican. Still working on my paperwork, ID’s, plates, etc. but I’ll get there. It was cold, colder than I thought it would be at 5:30 AM.

This is a basic, warmup ride, but a fun one with good, short climbs, and long downhills. One section of sketchy road but otherwise a morning gem that is part ritual part workout. My goal is to do this ride 3-4 times per week in addition to my main rides.

I rode the Salsa today, which is slower, heavier but man does it soak up the mess that is the local roads, and at one point I just moved over and rode on the shoulder through glass, rock, loose chunks of asphalt, no big deal. Even had to bunny hop a diaper at one point. What the $%$# with people throwing so many diapers out the window. I swear they rival beer bottles as the main offenders. Littering has to be one of the most bullshit moves you can make. Oh, and almost ran over a sizeable snake. I think it was a Bull.

I’ve been using something called Maurten for my fuel needs and I have to say, it works. My body seems to love this stuff. I use the gel before the ride and the bottle mix during. This is important not only for during the ride but after. I seem to never crash after, energy-wise, not hospital wise.

If any of you think this is a “solid” ride or something special just know a friend photographed today’s Dirty Kanza ride in Kansas which is a one-day, 200-mile race. If that’s not enough they added a special division that does a 350-mile one day. The DKXL. Thirty hours straight on the bike, through the night. Here is a short film about one of last year’s participants Rebecca Rusch. I tried to talk my brother, who does Ironmans, into doing the DK. His response, “You’re an idiot.”