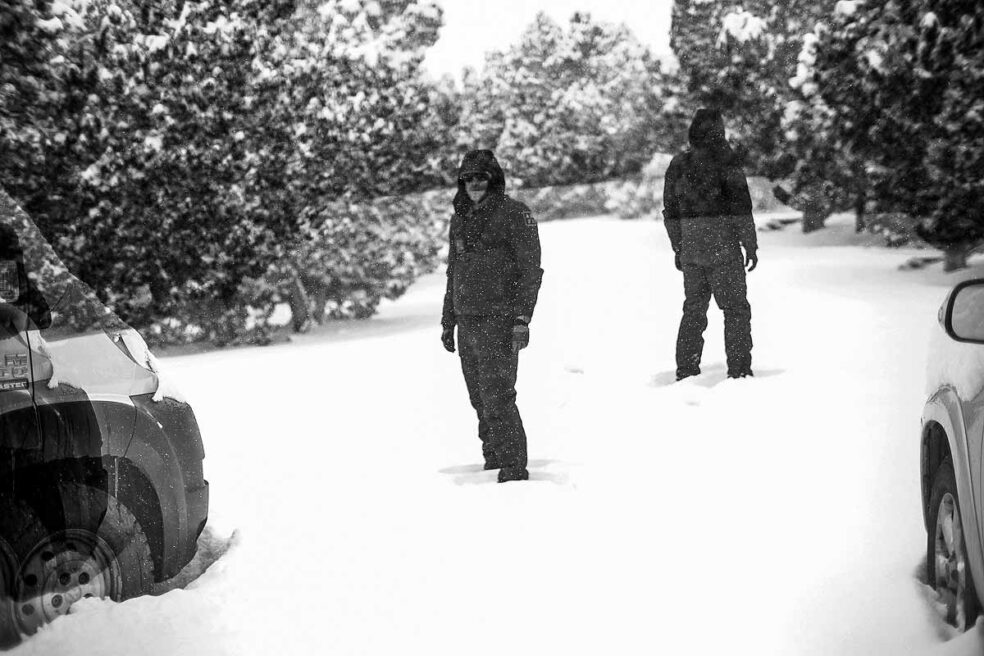 As Texas endures the great, white blight we here in New Mexico just shrug. Contrary to popular opinion it actually snows in New Mexico. Yes, we have pointy parts that fly free to the bottom of the clouds. And yes, officially, we are tucked in just ABOVE the Old Mexico border and remain to this day a part of the United States.

This was a sizable storm, even for us, but certainly not the biggest I’ve seen. Oh no, I’ve seen more and I’ve seen longer but it does appear as if these storms are less and less frequent. When I first started coming to New Mexico winter weather was something I planned for and around. But less so today when winter typically means cold temps but the days of massive and frequent snow seem to be tapering off. Not making a political statement here. I feel that the weather is bipartisan.

I could say the same for the places I haunted a child. Snow during summer was not uncommon and winter meant six months of full isolation due to continual snow levels far too high it allow for us to leave. Helicopter was the only way, and well, we didn’t have a whirlybird. Now, those same parts rarely get snow, at least enough to make change of plans a reality.

But while it’s here I enjoy it. I get it on me. I don’t stay inside I venture out. I hike or snowshoe until sweaty. I build fires and sit outside, long enough to chill myself no matter how many layers. This is nature and it’s our job to experience, enjoy and endure. Just avoid the yellow stuff.