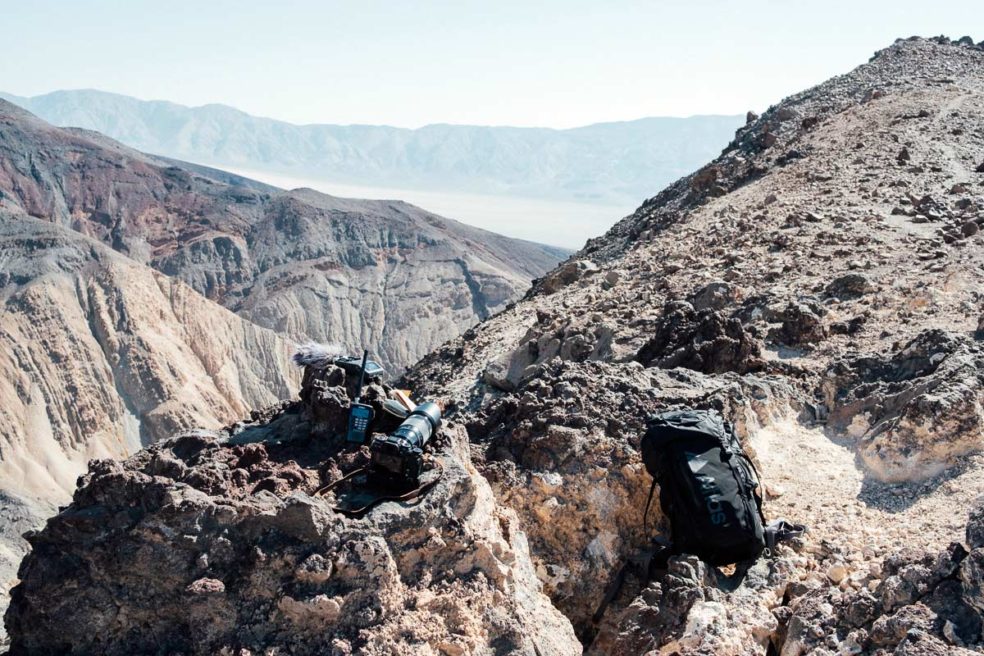 Where I am most of the time.

So the new project is coming along nicely. Will anyone see this new project? Don’t know yet.

Yesterday, someone asked me a question about photography, and a friend of mine was with me. I answered the question by saying “For me it’s about being in the field and making the images, after that I just make a book for myself and move on.” My friend added “He’s strange about not caring if anyone sees his work, but he’s been that way from the beginning.” While I was in Death Valley, on this second trip, I was asked “What’s your IG handle?” and “Where are you going to post these images?” I replied “I’m not on IG, and I’m not posting them anywhere.” The looks I got were akin to those I would receive had I replied “I just spent the last hour torturing baby seals.” Once again, I simply can’t believe how beholden people are to these apps. Watching tourists in the valley rushing from site to site taking selfies is one of the most disheartening things I’ve seen in a long, long while. They weren’t actually in the park, or experiencing the nature, or even taking in the views. They were just illustrating how desperate for attention they are. (Also heard a CRAZY story about IGr’s putting a car rental place out of business because all the cars were coming back with dented hoods because people were standing on them to take selfies.) The scale of this place is simply hard to comprehend until you are in the middle of it. Me, defending from the sun, or planning to rob the stagecoach on its way to Tombstone.I lied. I take selfies every eight minutes all day long. I use a self-timer and electro shock to remind me.

It truly feels good to have a target in mind once again. As I mentioned before, I don’t really care what comes of this, it’s just fun to attempt to be good. To think, to focus, to plan, to watch the design and story unfold in my mind. I’ve come more than full circle since I first started dreaming of this project, roughly a month ago. Now my idea, my story and my design are WAY beyond my ability to actually compose them, but I’m forging ahead anyway. What else is there to do? There is always a journal.

Death Valley is simply incredible. You can’t really see it without a 4×4 and serious amounts of time, and some would say you can’t really see it without a dirt bike. I’m starting to believe the latter is true. Five thousand square miles of desolation, but littered with traces of lives and dreams since past. I love it. I really love it. Another sturdy fact is that the park is four hours door-to-door, which for me is really close, easy and totally doable, even for a day trip. A 4×4 is a requirement if you are even going to begin to see this place. A dirt bike is better.

I bought some new equipment to address a few technical needs. I’m taking lots of notes. Talking to lots of folks about this, about that. But mostly I’m just enjoying the process without strings attached. The way it should be. Sitting at night watching Venus/Moon rise to the west.
One of the truly amazing things is how many foreigners were visiting the part. I would say 90% of all people I encountered were from overseas. Having said this, I asked a Newport Beach resident about the park and they answered “What’s Death Valley?” I fear the end is near.