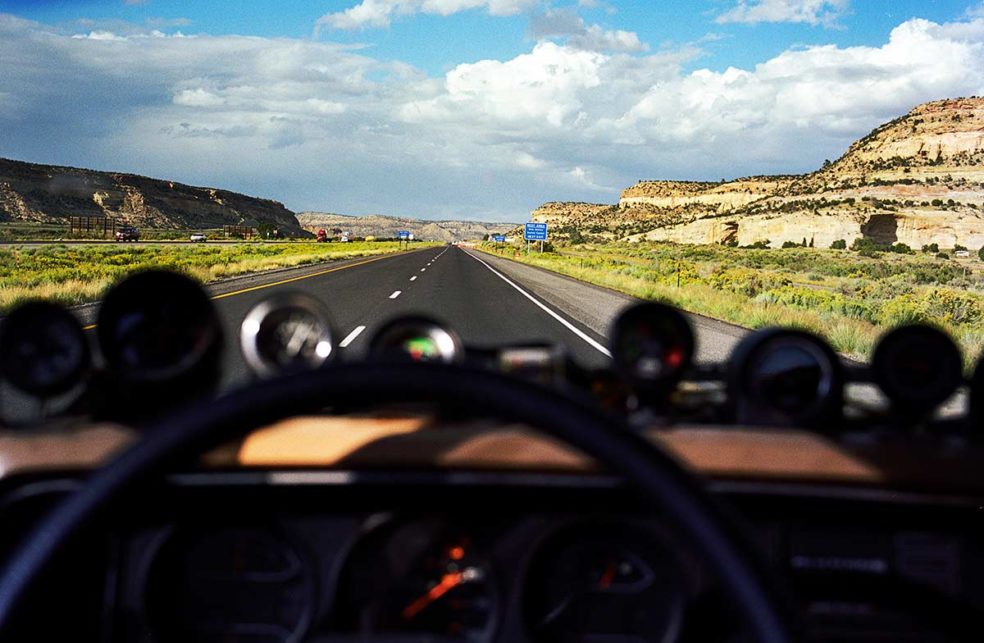 I moved. After twenty-three years in California, I finally abandoned ship and headed for the hills of New Mexico. Santa Fe to be specific. I have no family history in New Mexico. Sure, my aunt lived here dating back to the late 1970s and I’ve been visiting New Mexico since the 1980s but I have no blood roots here. However, for some still unknown reason, I’ve always felt like this was a place I needed to be. This is, after all, the Land of Enchantment.

I’m often asked my favorite place to photograph. Anywhere in the world. My answer is always “New Mexico.” And I don’t shoot landscapes. Never have really. I like this place because of the culture and history which is still being written. This place is raw, imperfect and mostly entirely unlike what many Americans think. I heard two young staffers at Blurb talking about a road trip and the driver mentioned he was going to have to drive across New Mexico. “What is there to do there?” one asked. “Absolutely nothing,” the driver answered. “I’m going to get across as fast as possible.” This is what I mean. New Mexico is the land that time forgot and it is mostly completely unknown to Americans.

A few things about New Mexico that many/most Americans don’t seem to understand. (We know next to nothing about our own country.) New Mexico IS part of the United States. It is. You can check. Go ahead. Second, this is a very poor state. Historically, also incredibly corrupt. New Mexico was also a major player in the illegal drug trade dating back to the troops returning home from WWII. New Mexico, due to the poverty, sent a huge number of men to the war. Next, it snows here. Yes, it does. Santa Fe sits at 7000 feet and also sits at the base of the Sangre de Christo mountains that reach over 13,000 feet. We have four seasons. No, it’s not flat. We even have mountains with ski resorts way down in the southern half of the state.

Our culture and language are unique to the world. New Mexico is home to the original European colonists, prior to the Mayflower. Sorry, Plymouth Rock. These original colonists are direct descendants of the Spanish and are known as Norteños. We also have a New Mexican population as well as a huge Native American population. Pueblos are numerous.

Santa Fe has the second-largest art market in the country behind New York, but Santa Fe does NOT represent the rest of the state, not by a long shot. And yes, there is plenty of horrible art, but there is also top-notch work being done. Also of note, our other industries. Science and technology. In the 1980’s Santa Fe was known as the “Info Mesa.” We also have the space industry. Just ask Branson. Finally, how about Los Alamos and the birth of the atomic bomb. Yep, all right here.

New Mexico doesn’t get much press beyond the once-a-year art story in the NYT Magazine. It’s the same boring story each year. But this place is unique and this place is feisty. Politicians have tried pushing around the border states and New Mexico mostly just says “piss off.” This is not a population you want to mess with.

All I can say is this place is raw. In all the right ways. There is still wild here and it beckons to be recognized. If you haven’t been here then it’s well worth the time and effort. My wife and I have an Airbnb property right downtown and one of the thrills for me is introducing this place to the people who stay at our casita. Often times people come here for incredibly trivial things, like an art show or a performance of some type, but once here they begin to understand just how different this place is. But New Mexico takes time. There is NO WAY you can even begin to understand this place if you are here for a day or two. (No matter how many stereotypical images you post to IG.)

This is a place of investment. You get out what you put in and you should expect to work for it.