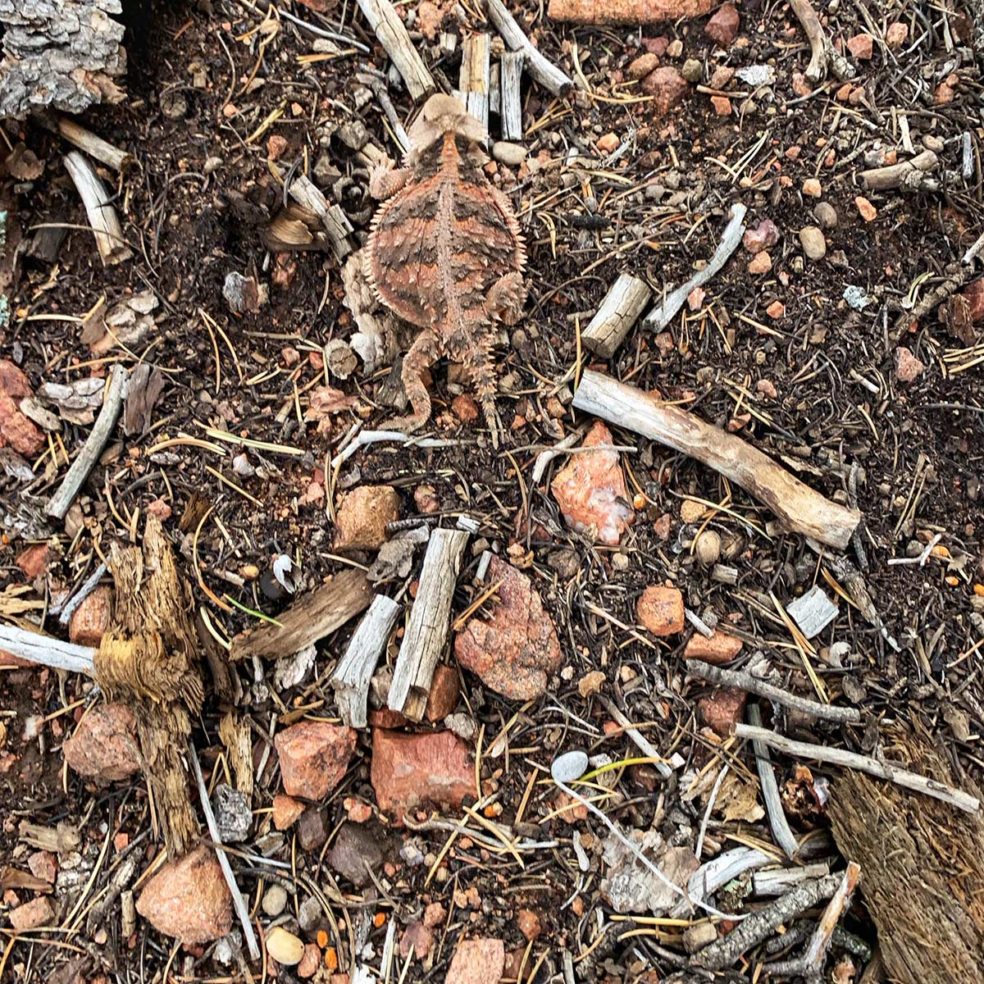 Life in New Mexico is about being outside as much as humanly possible. Normally, my go-to activity is cycling. Cycling is the perfect speed to see the world. It’s the most difficult physical activity I’ve done. Endurance cycling that is. You can be completely hammered and sniffing glue and make it around town or along the boardwalk, but venturing into the wild on a bike takes fortitude.

My second option is hiking. I would say fishing here but fishing takes copious time. I can hike just about anywhere. One of the things I also love about hiking is the pace. SLOW. And when you walk slow and look you find all kinds of cool things.

My first few years in college I lived in a dorm. For those of you who don’t know a dorm is on-campus student housing, and depending on the school the dorm can be a dream or your worst nightmare. Many aren’t coed so you are trapped in a building with hundreds, if not thousands of young males who exhibit the intelligence and compassion of solid granite. Mine was in the middle. Someone gutted a deer in the shower. People were “penny locked” in their room and fires alarms were pulled. There was a wild ferret living in the building and privacy wasn’t even remotely in the picture. But one of the things I remember most was this one kid, someone whose name escapes me. He was a relic of the 1940s or 1950s. Classic baseball cap, khaki pants, button-down shirt, Chuck Taylors, always white. Pocket protector, wire-rimmed glasses. He was studying entomology.

Now, normally when you stand out in a dorm scenario it is viewed as a sign of weakness and you will be abused by the pack for the entire duration of your existence in the area. Unless you fight back. Or, unless you are SO different you enter into the spectrum of fascination. And that is where this kid lived. He was never savagely beaten. He never had his towel and clothes stolen from the shower. He was never slipped grain alcohol, stripped and tied naked to a pole in the middle of campus. Nothing, nada. He just did this thing. And his thing was bugs.

His dorm room was right out of Indiana Jones. Old, wooden card catalogs lined the walls where his bed should have been. Small, dissected bugs impaled on small pins covered every surface. Notebooks, drawings, and debris from the field filled out the remaining space. God knows what was in the closet. One kid, someone I hung out with, was caught with forty pounds of weed in his closet. He had the worst beard of anyone I’d ever seen and chain-smoked Marlboro Reds. When the cops cornered him in the dorm he very casually sparked up another cig and said: “Well, this should be interesting.” I never saw him again.

So when I venture out on foot in New Mexico the bugs and strange creatures of the landscape are front and center in my mind. I’m interested in using their design for my designs. More on this later.