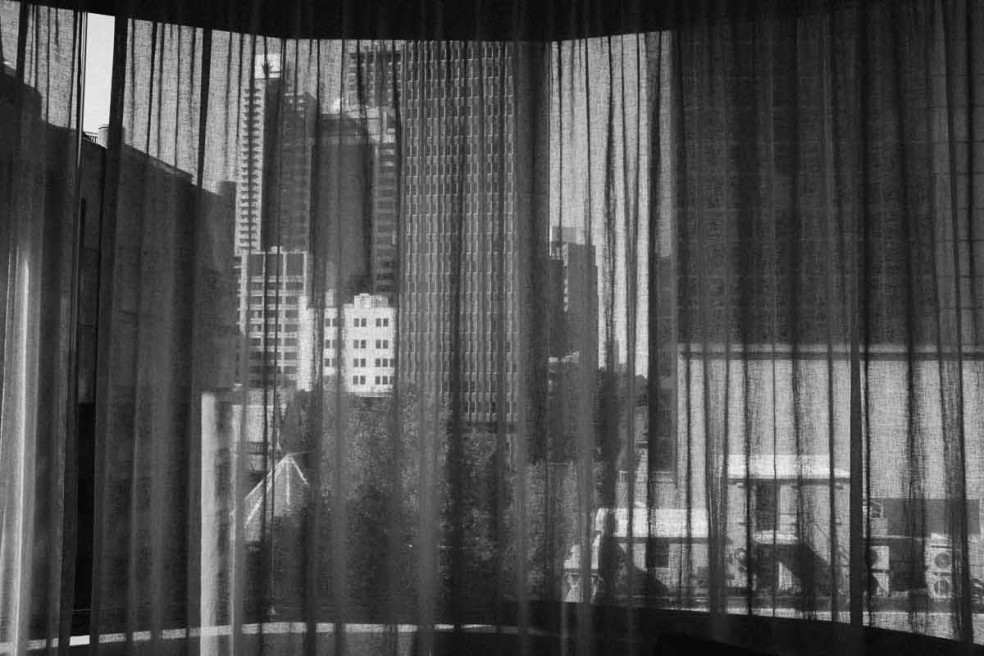 I’m sitting in my upgraded hotel room starting to feel weird. I was in Europe for the past two weeks then flew home for a day and then flew to Sydney yesterday, or today, or this morning. I don’t even know anymore. My head feels like it’s in a bucket of water. I upgraded my room because I couldn’t stare a wall for 2.5 weeks, but I would still describe the room as “enough.” Even on a high floor the noise from the street is deafening. I’m sitting here looking at Trent Parke’s work and it’s making me inspired and depressed. He’s good. And he’s younger than me. Damn. But I’m glad he’s out there not only making his work but also making in the way he does. Under the radar. Don’t think he has a site, or social or maybe even email, but this all seems slightly impossible.

Sydney is a blend of Europe and Asia with an underlying current of wild. A current that always reminds you that just west of here is nothing. Millions of square kilometers of nothing where your position on the food chain is precarious at best. Salties. Snakes. Spiders. I’d love to see the Funnel Web duke it out with my Lyme bacteria, my body a playing field for the battle. Australia reminds me of Wyoming as a kid. Pastures so big there were no landmarks to navigate by. Lost on horseback in a sea of windblown grass and rolling hills. Bears, snakes, mountain lions and armed, drunk neighbors keeping me on my toes. The Southern Hemisphere light is so good I can’t stand it.

I’m really starting to dislike hotels. Most are cruel. They are obstacles to overcome. Noise, intrusion, cost. They make you want to flee, but they are a necessary evil. Location. Resources. The place I stayed last year, a great place, tripled in price. As they do. Now I play music to try and drown out the sounds of combustion engines starting, stopping, honking, polluting. I then go to headphones. Isolation.

I can’t sleep now or I’m doomed. It’s too early. Got keep upright and moving. Trance like through the streets.

The strange thing is I just want to work. When I got sick three years ago everything changed. Before, on a trip like this, I’d be out more. Exploring. Having beers maybe. Staying out. Now I have just enough energy to do the work I need to do, but not much more in reserve, so what makes me happy is the work. It provides the focus I need. And I enjoy it, especially when it works, when I get someone or some group that is really alive when it comes to print, or images and print. I daydream about finding the kind of photographer who lives in the 15% of the creative world that makes 100% of all the great work. Someone who does their own magazine, does their own small run books and keeps throwing change ups not just fastballs down the center of the plate. I want the five tool player.These people don’t wait to see what their peers are doing. They don’t wait for acceptance. They just do, and in a world of crumbling institutions they are the few that have realized how much power they actually have. One thing I’ve been pondering is a return to doing more with photography, photographers, etc. The last few years have seen us branch out far more with design, illustration, authors, etc., which has been great but photographers comprise a significant portion of the Blurb customer base. And here’s the thing. There are a million ways photographers can trip themselves up between capture and the beginning of print. First of all, what make a great photo? Kinda nice to know that. What about editing, sequencing? Yep, kinda need to know how to do those things. What about calibration? Color? Again, need to know basics.(And NOTHING else. Tech heads never make interesting books.) Then you have file storage, labeling, handling, archiving and retrieving. A HUGE percentage of people don’t have a system in place, which makes the idea of making a book into something FAR more than it is. How do I know this? I hear it every week. Heck, two weeks ago I gave a talk to a room of photographers and asked how many people calibrated their monitor and TWO people raised their hands. TWO. This is akin to driving while blindfolded. “I just want an easy book,” someone said. My response was “There is a big difference between easy and good.” I went for it. Out on the streets. Walled in once again. Trying in vain to work the last rays of backlit concrete. A women with a dog. I try to convince myself of her intense uniqueness, but it’s a lie. It’s just a women with a dog. Bike lights coming at me. I’ll stop down three stops and just have the pinpoints of light amid the dark structures of humanity. But I know it won’t work. Sydney commutes home. To places with Wooloomooloo and Cockle and Quay in their name. The street side pubs are packed. They are different from London. Set up higher, windows with no glass. Good places that look like they were built when defending was a reality. I imagine them being the only structures in early, modern history of this place. As I walk I see venues where I’ve done lectures, others where I’ve done workshops, others where I attended industry shows and others where I’ve recorded sound or made images.

I strip the clothes I’ve been wearing for more than a day and look at my emaciated frame. “Operation Weight Gain” is now in effect. I consume inhuman amounts of stuff.(I just ate at 4AM) I even find myself staring at a box of Mars Bars. I haven’t eaten a candy bar in YEARS, but I wonder what it would be like. And then I see the devil in shiny packaging. Tim Tams. Australian crack. Last time I was here I ate my body weight in Tim Tams on a daily basis. I was powerless against them, but now I use the force. “These aren’t the cookies you are looking for.” I’m still wearing the shoes that are too small. They win. I wait for the end of day.