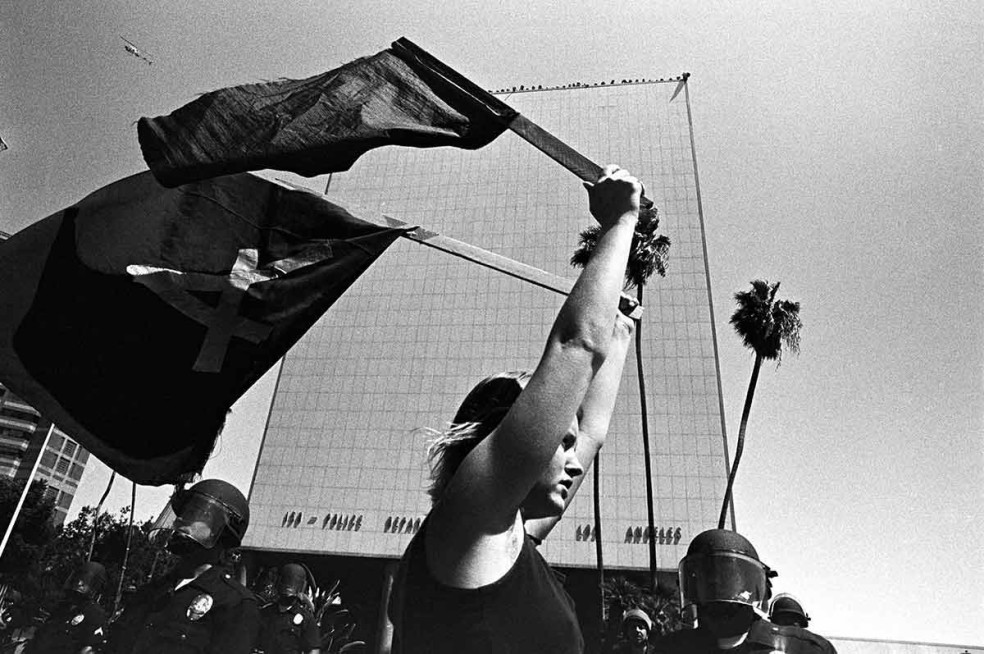 As you know, I don’t consider myself a street photographer, but over the past few days I was thinking about something. I’ve spent a great deal of time making pictures on the street, but the “street” might not look like what you imagine and there was most often a story behind why I was there. Much of what I see labeled as “street photography” is made on crowded streets of major cities. New York, Paris and Tokyo being legendary locales. Much of this work is layered, busy and reflective of the tradition of street pioneered by a handful of photographers going back many, many decades.

I actually don’t react to much of the street work I see. I’ve not only seen it before, but it’s also because this type of work just doesn’t excite me like other genres and isn’t reflective of the kind of images I personally want to make. Nothing against street. There are plenty of other genres I don’t react to either. HDR landscapes, most wedding photography, peak action sports, certain kinds of fashion work, anything resembling “lifestyle” photography, most celebrity portraiture, headshots, those school photos where they make you sit with your hands on your knees with a fake woods scene in the background, etc. I’m a long-term documentary guy, a portrait guy. Conceptual and fine art too. But I’m certain that there are many people out there who would reverse this list and be perfectly happy. And there ARE people who are masters of street style who consistently make great work, and I certainly do respond to their work. Alex Webb being one of my favorites. Trent Parke being another, and I’m in Australia so this is a perfect time for me pay tribute to him as one of the best, most interesting photographers working today although I hesitate to lump him in the “street” category. Sicily. I was on the street not in the car. Part of a five-year project on religion.

I’ve always worked with story, so random street pics where I don’t have a relationship with the subject isn’t my main pursuit. In some ways working with story makes thing easier because you always know where you stand and can use the edges of the story to point you in the direction of where you need to work. Working with story can also complicate things because it requires A LOT of time, access and also requires the photographer to build relationships that you then have to manage for the duration of the project. There is no shoot for an hour then go disappear on your laptop for four days. You have to gain trust, make work and then maintain that trust over a long period, sometimes over many years. Working long-term stories forces you to get involved and it can be dirty business, tiring business and can also turn back and bite you like you stepped on a serpents tail. But when it works you end up with an essay. A real body of work potentially numbering in the fifty image or more range that can live for eternity as an in depth statement about this or that. Sometimes I wish I could abandon this method and practice more a street-style approach but the detachment is my problem. I worked in story form for so long and actually do like the relationships that emerge. Southern California Timing Association. El Mirage, California. Technically this is a street. Part of a project about Man vs Nature.

I’ve also talked about spacing in the past. I like a certain kind of spacing you don’t often find on the street. Streets are tight, busy, walled in. I like that middle distance where the 50mm works well(or 80mm on the Blad). I like a bit more open where the light has room to roam and I can work with direction and the wee hours of the morning or night.

The longer I do this photography thing the worse I get at street photography. I tried to work this way over the past few weeks while in Europe but I always know I’m only fooling myself. Anyone who has been a photographer for any length of time knows when you have something. You might not know the EXACT specifics of what you have but you either have the feeling or you don’t. You can’t fake it. That feeling, when you have it, is what keeps us coming back for more. That feeling is SO rare, at least for me. I think the last time I had it was 2012. Ya, I know, that sucks. No doubt.

The rarity of a great street pic used to be common business, but in the age of promotion you can take an average image, and with the right volume, voice and following, can turn it into something more than it is. I don’t have the volume, voice or following, so I just suffer the consequences of knowing I didn’t get it, wasn’t good enough, was too slow or just blew it. Ribera, Sicily. I ALMOST lost all of my equipment less than ten seconds after making this image. I was basically run over.

I’m dreaming of starting a new project this summer. I say “dreaming” because it’s probably just that. I’m already booked through end of June and also have trips in August and October. To do ANY serious work I need several weeks, and that is just to get started. Not sure how that is going to happen. This project would be a film project. Both 35mm and 120. TRI-X. It’s been a LONG time since I’ve done something like this, and frankly I’m not even sure I can do it. Not sure I can make pictures like this anymore. It’s been a LONG time and photography is a skill. It requires practice and repetitive motion not to mention a mindset of complete and total focus. Throw in age, lack of shape, Lyme Brain, etc. Am I that sick Wildabeast near the edge of the herd? I hope not. Uruguay, 2012. Part of a project about industrialization of the country.

Maybe what’s prompting me is lack of new work. Yes, I’m learning guitar, which is great, but the bulk of my life still revolves around photography and books. I’ve got cycling, yoga, adventure but no new photographs. I could drive to downtown LA and shoot street. I’ve done it many times. Even did a project on the intersection of 5th and Broadway, but it didn’t creatively sustain me for long.

I’m exciting to see the buzz around street photography. Partly because most of the buzz is coming from non-professionals who I think have many advantages over today’s working pros. Plus I think street photography is going to see some tough times over the coming years with more and more privacy issues, copyright issues and our freedom to work in public spaces under continual threat. Street photographers have managed to create somewhat of a collective worldwide. Sharing, talking, teaching, etc., which will help when these freedoms are close to being taken away. And if you think this isn’t a real threat you should think again. New York, midtown Manhattan. I don’t know what was going down here actually. Just asked if I could make a picture. To those of you out there battling on the streets, more power to you. Keep going. For every mile you walk, every frame you waste, something will pay off. Those rare moments when things align. Luck, prediction, patience, practice and the heart of someone on the hunt. Here’s to finding that feeling.