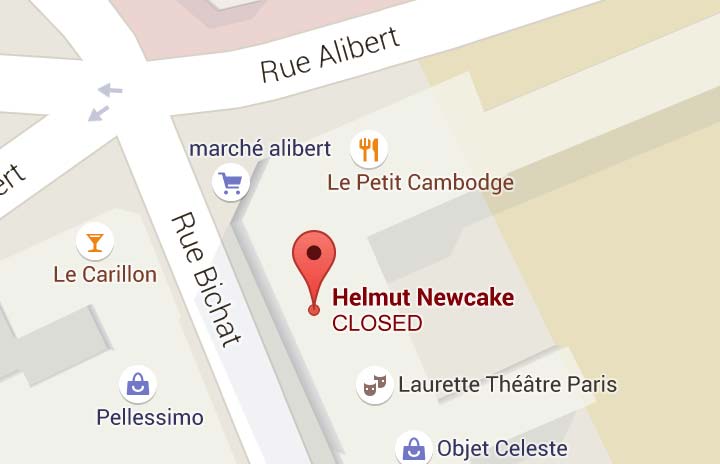 Walked entire length of both the 10th and 11th last night from about 5:30 to 7PM. Searching for Helmet Newcake, a gluten free bakery that turned out to be closed. As you can see, the bakery is one store away from Le Petite Cambodge where one of the attacks took place. I was there at approximately 7PM. Not entirely sure when the attacks began, but whatever time it was feels damn close. I actually walked past the bakery by accident, because it was closed and dark, and my map told the status was open, so I actually got to the intersection just past the bakery, looked around, looked right and saw the Asian restaurant and thought “Maybe I’ll eat there.” But it was pretty empty so I decided to walk back and eat where I was staying. It’s odd because there are areas near the restaurant that were bustling, but that specific spot was very quiet. It also had the feel of a place I wanted to keep my eyes open. Not bad by any means, but a few guys hanging around that looked bored and looked like they needed a bit of my attention. I keep thinking that this restaurant had to be random because it doesn’t feel like a huge tourist spot, but perhaps I’m wrong.

Two of my coworkers were close to the Bataclan. One trapped in a bar a block away from the theatre and another in the underground. But we are all good now.

Traveling the city over the past few days my mind was constantly occupied by thoughts of what is possible, in a dark way. My father, before his death, instilled in me the idea that the world had changed and that the alert level of daily life was permanently on the rise. “Be aware,” he said. “If your daily alert level is yellow, move it up to orange.” This is no way to live, at least in any human way, but perhaps we have no choice, at least for now. At least until the world tires of the mess, but also until the people responsible finally understand that carnage is always a short-term solution, and the ONLY long-term solution that works for humanity is hope. Want your own empire? Create hope. And believe me, these guys want their own empire.

Hope is transcendent because it knows no bounds or borders and can be sparked from the slightest idea or movement. It requires no secrecy or suicide missions. Once it gets going it’s impossible to turn off, and instead of driving apart it solidifies the human animal like nothing else. Historically killing never works.

I’m not really sure what else to say. There is traffic in the street outside my apartment. Exactly one person walking. Most things are closed. A curfew but not sure what that means. I was hoping to get out on the streets, but there are rumors of gunman still roaming. Lots of sirens still, choppers too from time to time. And with everything closed it feels entirely exposed. I’m now seeing on television that there are some people on the streets, not many but some.

The magic of France will eventually win out, as will the will of the world. Time and truth are on our side.