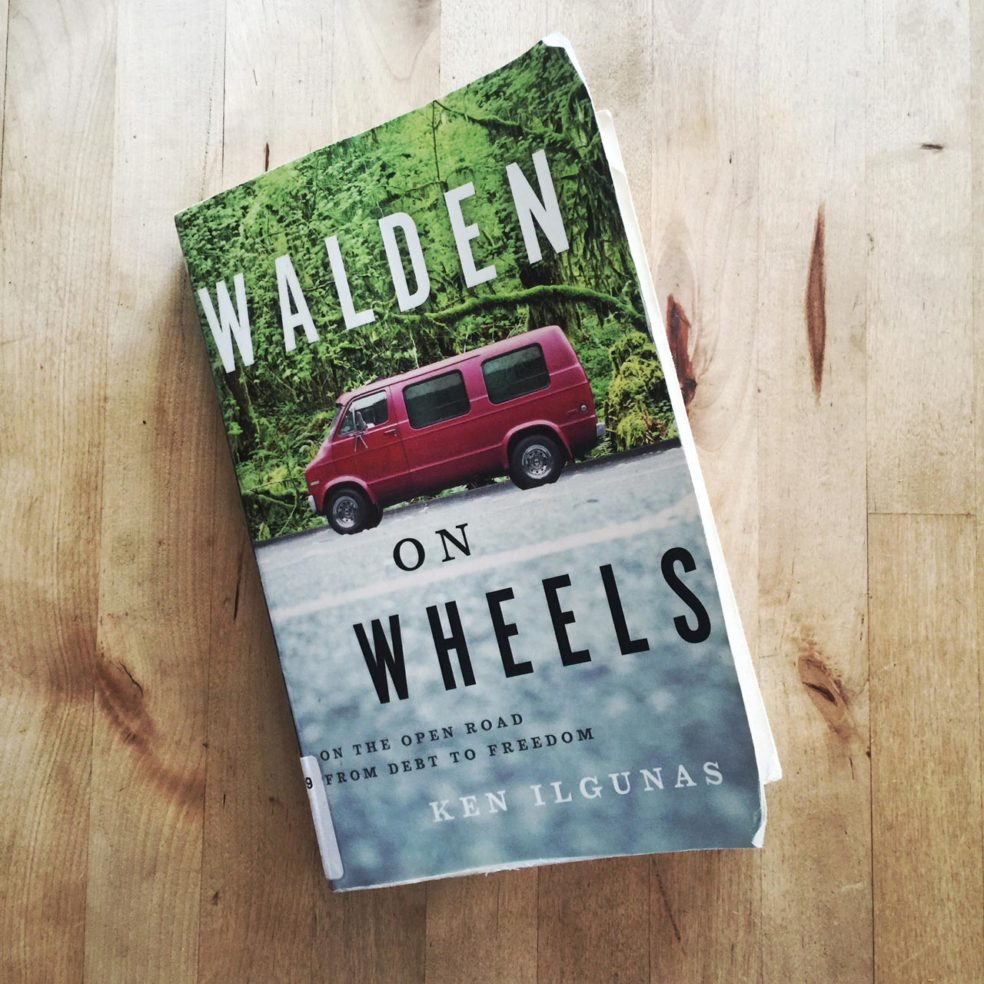 “The Screwed Generation.” I like that. I also like this book. The author,a proud member of the first generation to have it worse off than their parents, has quite a story to tell. Walden on Wheels is a voyage through the deep, dark depths of debt followed by a challenging climb out to freedom. But more than than this are the small observations made while on the journey, a journey that required Ken to live in his van while attending grad school at Duke, a beacon of wealthy, white, East Coast education and probably NOT a place what would have been thrilled to know one of their students was living in Chez Econoline.

Emerging from undergrad with a massive mountain of debt, Iglunas embarks on a series of adventures/jobs that would have killed most people, but he somehow sees the light, saves every penny and in the process discovers more about the world than he ever expected. As someone who is dreaming of living in a van, yes it’s true, I found this book enjoyable. I’ve also done a five day trek in Alaska, a location that gets a lot of attention in this book, and a location I’ve never been able to shake. (I’ll be back.) I have a date with the Brooks Range. Someday, Gates of the Arctic, someday.

A few passages I thought poignant.

“We can only miss what we once possessed. We can only feel wronged when we realize something has been stolen from us. We can’t miss the million-strong flocks of passenger pigeons that once blackened our skies. We don’t really miss the herds of bison that grazed in meadows where our suburbs stand. And few think of dark forests lit up with bright green eyes of it’s mammalian lords. Soon, the glaciers will go with the clear skies and clean waters and all the feelings they once stirred. It’s the greatest heist of mankind, our inheritance being stolen like this.”

“I figured Duke would be where students questioned everything, dreamed up radical and revolutionary idea, and reevaluated our economic and social institutions. And while I was getting some of that from my liberal studies courses, I learned that the consumer-capitalist model not only goes unchallenged in most university curricula but that’s it’s quite literally taught. The university today is not a place where we go to question the dominant institutions; it is a place where we learn to support them.”